For those who watch my let's plays and livestreams, you'll know that we're all about role-playing and not at all about min-maxing. This series is not about the ultimate [insert class] build, let's face it, sooner or later your character will be a god-killer whether you min-max or not. In addition we tend to always want to play the same way, with the same style, the same weapons, and the same game play. So instead, I want to suggest ways to play a class and mods that can make the experience fresh and more unique. For more general role-playing mod recommendations, you can check this guide. 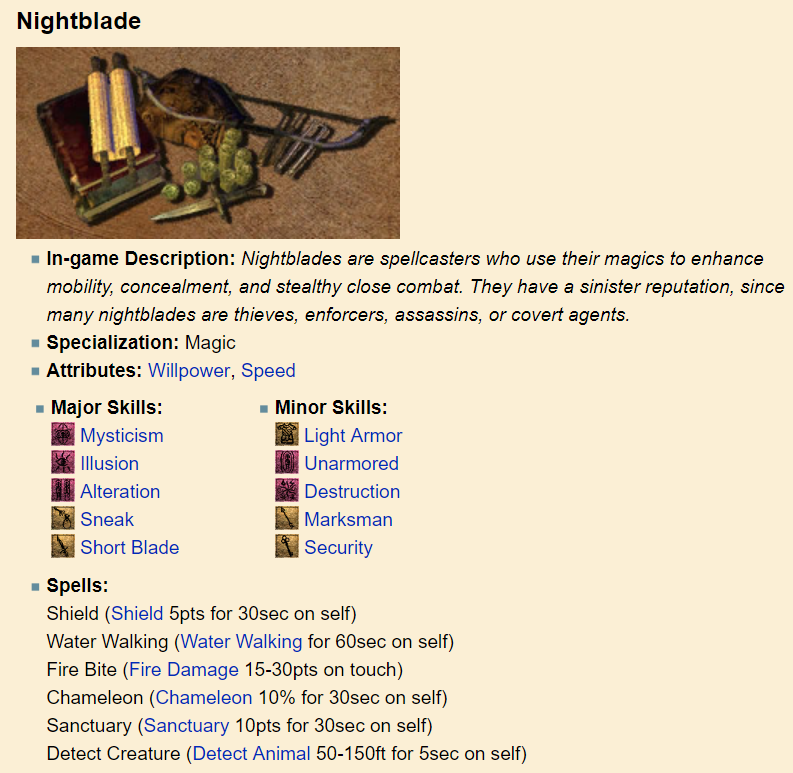 The Nightblade's main attributes are Willpower and Speed. Looking at the skills, Agility stands out with 3 skills improving it (Light Armor, Marksman and Sneak) as well as Willpower for spells. Speed will increase fast if you use Short Blade and Unarmored.

Dunmers, are low on Willpower but make up for it with a +10 buff in Destruction and +5 in Mysticism. As for combat, they also have +10 Short Blade.
If you intend to go unarmoured, the Argonian is also a good Nightblade, especially the female.
If you want something a little more mystical (and a little less lore-friendly) try Westly's Elves of the Unseen or even The Sidhe and The Darklings.

Want to rely on magic a lot? Go with the Mage: the maximum magickca multiplier somewhat makes up for the fact that your intelligence won't increase much. Want to not take as much damage, go with the Thief (and cast sanctuary for greater effect). Want to fight better, go with the Warrior. 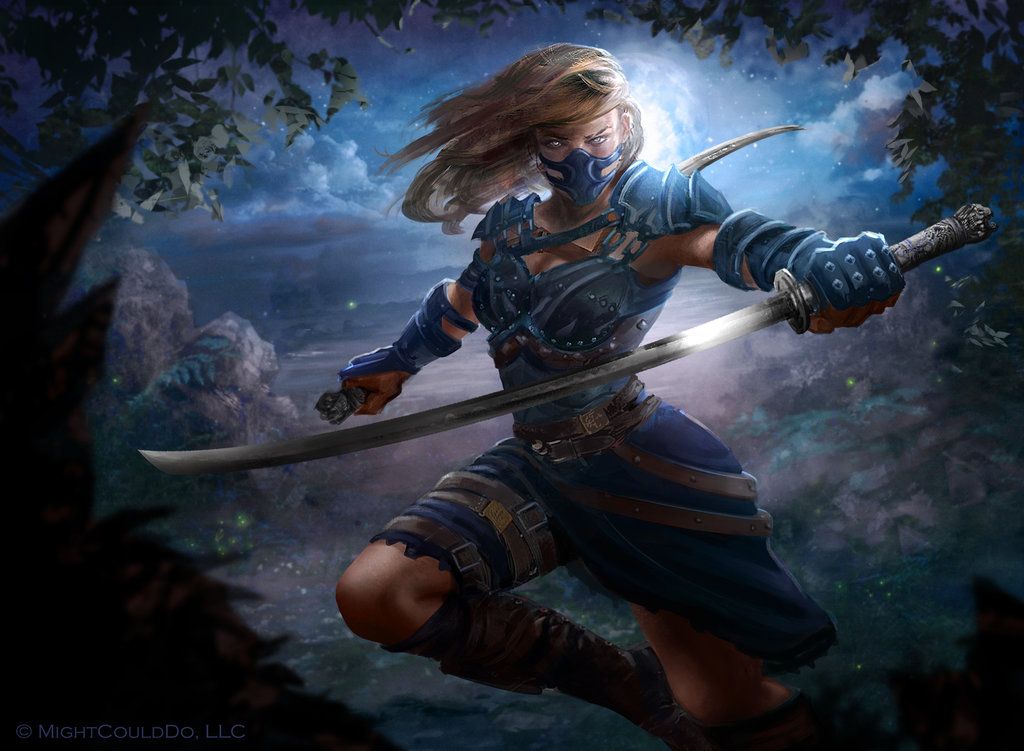 The Nightblade is a stealthy character made more formidable still by magic. If you put your talent at the service of a faction, check the Agent Guide. If you pursue a career as a professional (though possibly lawful) killer, check the Assassin Guide. Finally, if you intent to use your skills for personal gain, check the Thief Guide.(not published yet)

The Nightblade is a somewhat sinister character and a good candidate to join the Sixth House and evil factions in general. If you fancy worshipping the Daedric Princes, check out the Monk guide

Fun ways to use magic for a stealthy character: