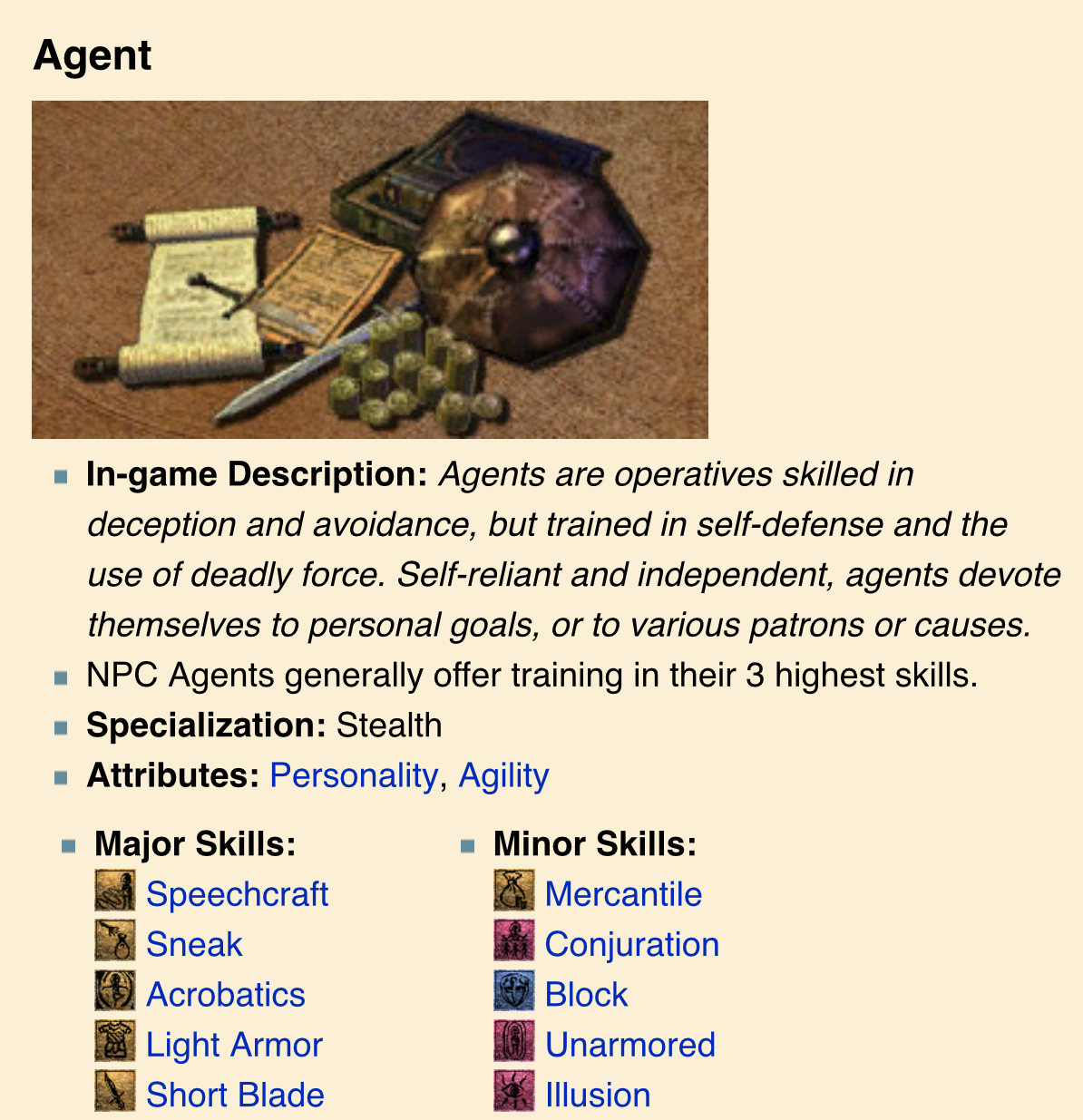 For the Agent class, Agility and Personality are the main attributes and looking over the skills confirms this, but speed is also quite important and will progress quickly thanks to Short Blade, your main weapon skill.
Agility will increase using Light Armor and Sneak while Personality increases with Speechcraft and Illusion.
If your Agent relies more on combat that deceit, the Khajiit is pretty good: top Agility, and decent Personality. With their high speed, you'll be in and kill and out in seconds.
If you want to go the Personality route, Imperials seem an obvious choice with high Personality and +10 Speechcraft. Be careful, though, their Agility is quite low (lower hit, less dodge, more stagger), and they have no talent for Illusion.
Personally, I like the Altmer for an Agent. The Dominion is not yet ready to take on the Empire but is scheming, nonetheless. They need to know what is happening in Morrowind: anything that might weaken the Empire is good for the Dominion.
Be a Thalmor Agent, long before the rise of the Thalmor!
In addition, Altmers have 40 in Agility and Personality and +5 Illusion, female Altmers also have 40 Speed.

As for birthsigns, The Lady is great (admittedly one of the best birthsigns regardless of class) with a nice boost to Personality. Keep in mind that the 10 points of Endurance doesn’t go towards your starting health. The Lover is a good choice as well, especially if you play a female, The Lover's Kiss is just the thing for a lady-spy. 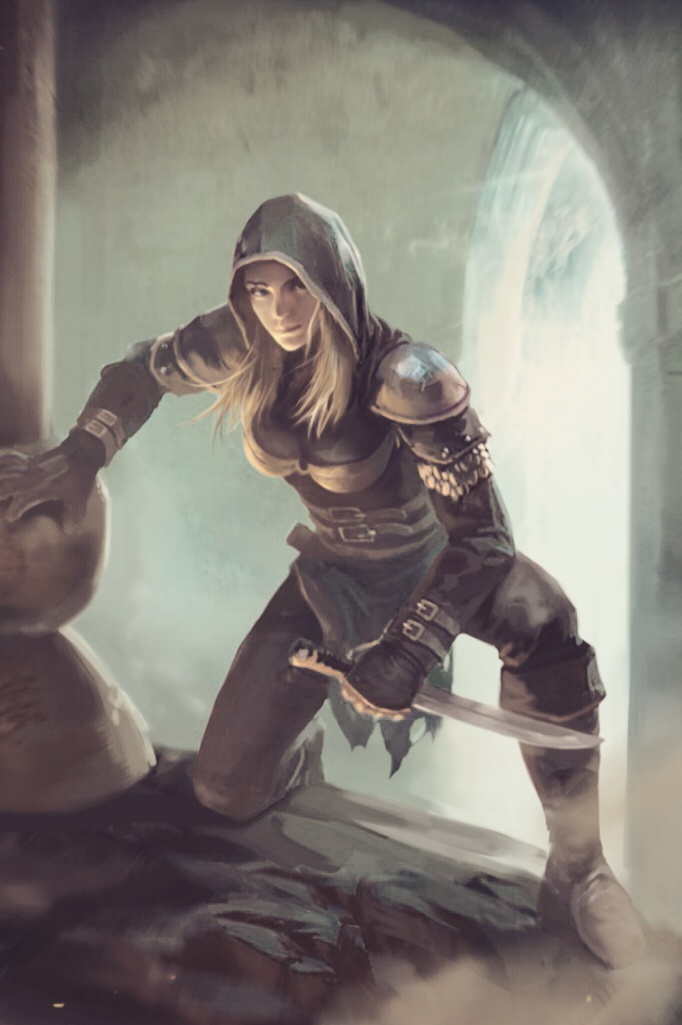 The Agent is meant to operate, more or less, secretly and in favour of (a) given faction(s). Favour Speechcraft to taunt NPCs if you need them dead, Illusion to calm them to extracted necessary information from them or if you simply changed your mind about killing them ;)

There are very few mods that let you work against a faction, but quite a few to expand certain ones:

For the Imperial Agent (as in, serving the Empire):

Finally, I like the idea of an Agent representing a faction OUTSIDE of Vvardenfell, leaving you free to investigate the powers of Vvardenfell as you see fit: Your character is interested in politics? Join all (3 Great) Houses Essentially, you are free to join any faction, either because their goals align with yours, or because you are working to gather more information on them.

I'd recommend Class Abilities that lets you pick a profession independently of your class though all vanilla classes are there as a profession.
You can of course choose the Agent, which gives you a couple sneaky powers, +10 Sneak, as well as a Jinksword, a Lockpick, and a Probe.
I personally like the Shadowmage that gives a +10 Illusion, especially if you chose an Altmer! Your Illusion should be high enough that you can start charming, calming, and blending into the shadows straight away.
As always, Merlord's Character Backgrounds: this mod doesn't just give you items or powers, it actually influences your gameplay and CREL because it should be on every modlist. 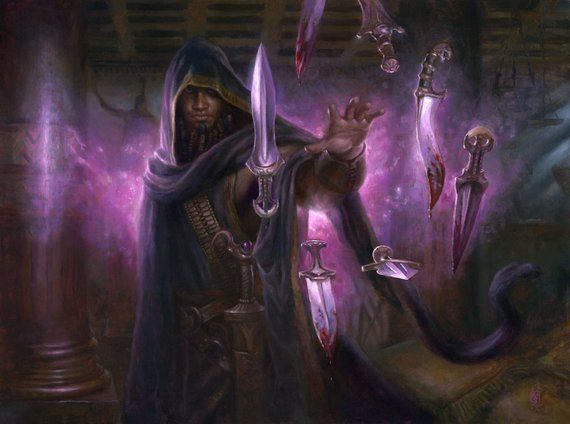 If you want more ideas for random handicaps and goals, check my blog entry with randomized wheels to click, you can find my permadeath modlist (and all the others, actually) here and if you'd like to see one of the many new characters created in action, join us on Twitch every Sunday for our permadeath runs ;)
I would love to hear how you like to role-play as an Agent~