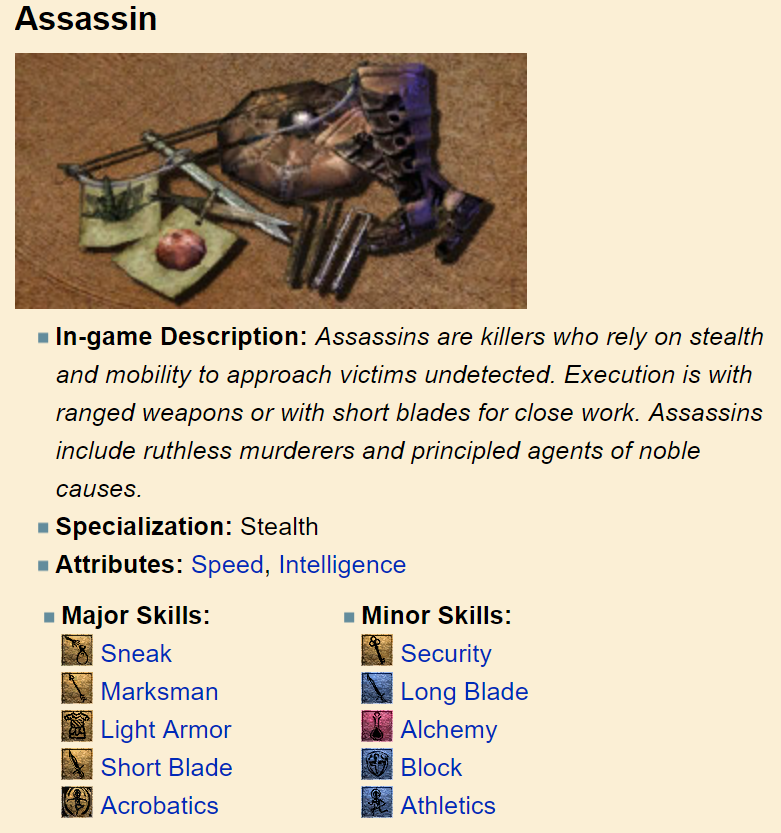 The Assassin is an interesting case, according to the description, Intelligence and Speed are the main attributes, and looking at the skills, you basically have all Agility based skills so you'll increase this attribute faster than any other.
Dunmers make fine assassins, with an excellent starting Speed (50), and pretty good Agility and Intelligence stats. Let’s not forget that their buff in Light Armor and Short Blade comes in handy too. Moreover, they are prime candidates to join the Morag Tong.
Let’s also consider the male Argonian, who boasts 50 Agility, excellent Speed, and decent Intelligence (40). Lore-wise, the Shadowscale is the ultimate Argonian Assassin with ties to the Dark Brotherhood. Their skill buffs don't exactly align with the Assassin’s, but +15 Athletics is cool, and +5 Alchemy is useful if you want to use poisons… (Ahem, you do!).
There is even a Shadowscale race mod by Xenn.
If you want to role-play a Shadowscale, you’re a little obligated to pick the Shadow Birthsign, of course! Otherwise, I like the Atronach. Sure, you won't have the Magicka regen on rest, but with no major or minor spellcasting skills, this won’t affect you too much. Additionally, you'll have a chance to absorb incoming spells and you could always make good use of my Cantrips mod. 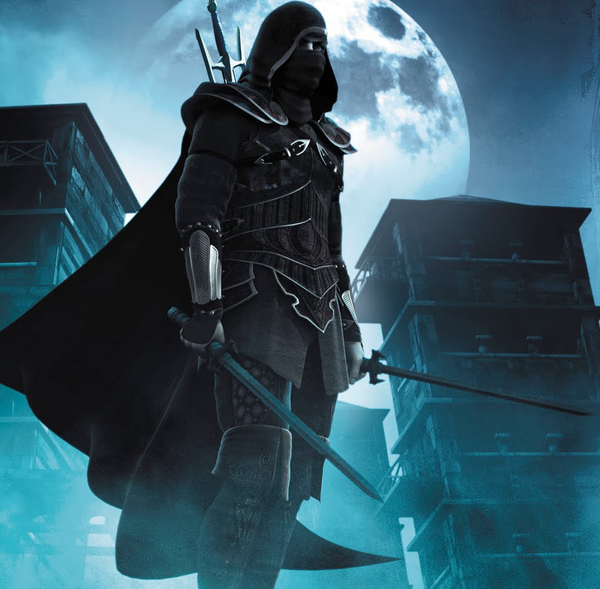 First off, some armor and weapons because you’ll need to look the part:

Sadly, we have very little in the way of Dark Brotherhood quest mods.
To Serve Sithis: short but sweet. Be aware, however, that it is not very balanced.
UPDATE!! Rejoice Caeris heard our prayers and gave us Vvardenfell Brotherhood
Wolli's Suran Underworld is a large quest mod for the darker, grittier character.

We have a bit more to choose from with the Morag Tong:

See my suggestions in the Acrobat and Archer (published 28/09/19) builds for archery related skills and mods. 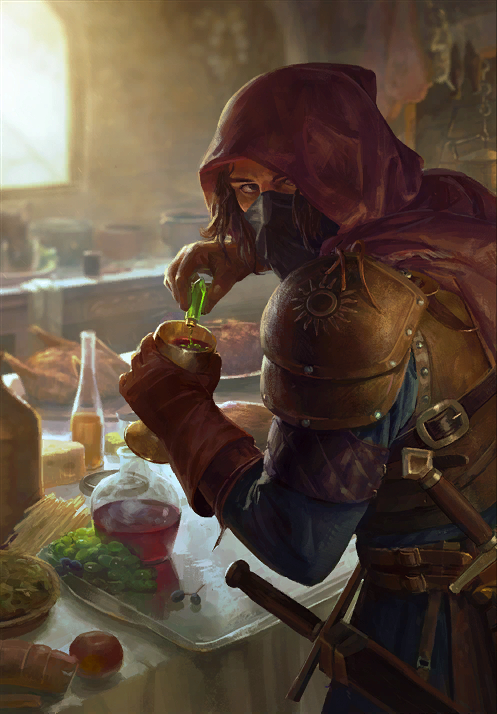 If you want more ideas for random handicaps and goals, check this blog entry with wheels to click, here you can find my permadeath modlist (and all the others, actually) and if you'd like to see many new characters created, join us on Twitch every Sunday for our permadeath runs ;)