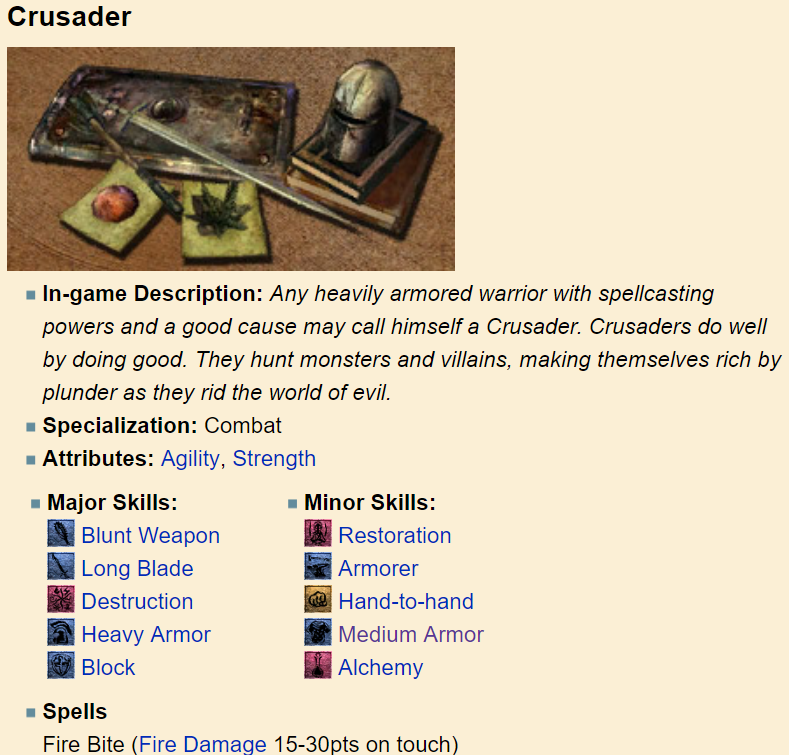 The Crusader is an interesting class because it assumes your character has a crusade, most likely of the religious nature.

The Crusader class’ primary attributes are Agility and Strength.
Looking at the skills, it's all over the place: Strength comes first from weapons, skills, and Armorer. Followed by Endurance, with Heavy and Medium Armor. Finally, some Willpower for spellcasting, Speed for Hand to Hand, Agility with Block, and Intelligence with Alchemy! That's not bad, most likely your character will be quite well-rounded.
The real question is, which of these skills will you ACTUALLY use?

For this guide's purpose, we'll assume the Crusader is something akin to a Paladin or a Templar. Basically, where the Battlemage has Arcane powers, the Crusaders will have Divine Powers.

Assuming you stick to one type of weapon, one type of armour, Block, and Restoration; your most important attributes are Strength, Endurance, and Willpower.

The Ritual is appropriate for a Crusader but with so many different Crusader profiles, you can also pick anything from the Lord (health), the Warrior (attack), or the Lady (endurance). 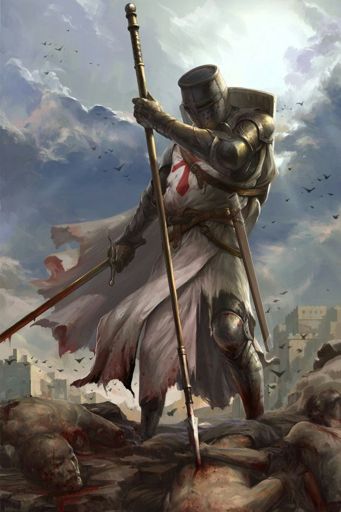 Keeping in mind the Crusader is supposed to fight for holy righteousness and do good, I won't list mods related to the Daedra or to joining the Sixth House here. You will find those in the Nightblade and Sorcerer guides later on.

Destroying every Sixth House creature is a worthy crusade! First make them really ugly (in a beautiful way) and then make them more of a challenge:

If you want more ideas for random handicaps and goals, check this blog entry with wheels to click, you can find my permadeath modlist (and all the others, actually) here and if you'd like to see many new characters created, join us on Twitch every Sunday for our permadeath runs ;)
Be sure to share how you like to role-play a crusader, what story you came up with, what mods you used, etc...
Happy Morrowinding!