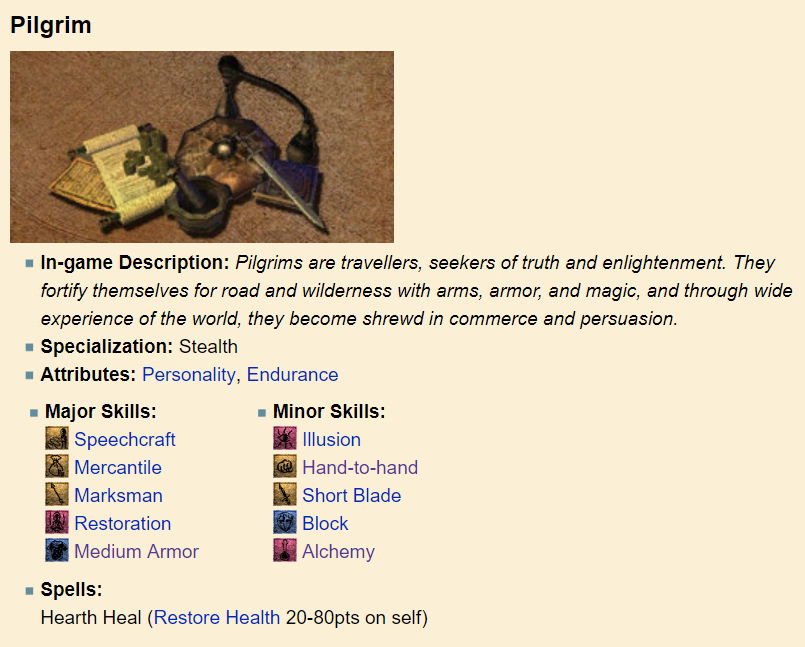 The Pilgrim's main attributes are Personality and Endurance. Looking at the skills, Agility increases quickly, especially if you intend to use a shield and a short blade.
Mostly for role-playing purposes, I like the Dunmer who recently arrived in Vvardenfell, trying to understand his heritage, visiting cities and places of religious significance. +5 Marksman and +10 Short Blade helps.
Looking at stats, an Altmer or Breton to do well with restoration and Illusion to keep you healthy, and to calm enemies too strong for you. I imagine the Breton or Altmer pilgrim is journeying in search of knowledge. A Bosmer to kill enemies with your bow before they get to you is a smart choice, though I am not sure what the motives of a Bosmer Pilgrim in Vvardenfell could be.
I'd go with the Steed, you want the speed bonus since you will be travelling a lot. Somehow using transport or spells to complete a pilgrimage feels like a massive cheat... 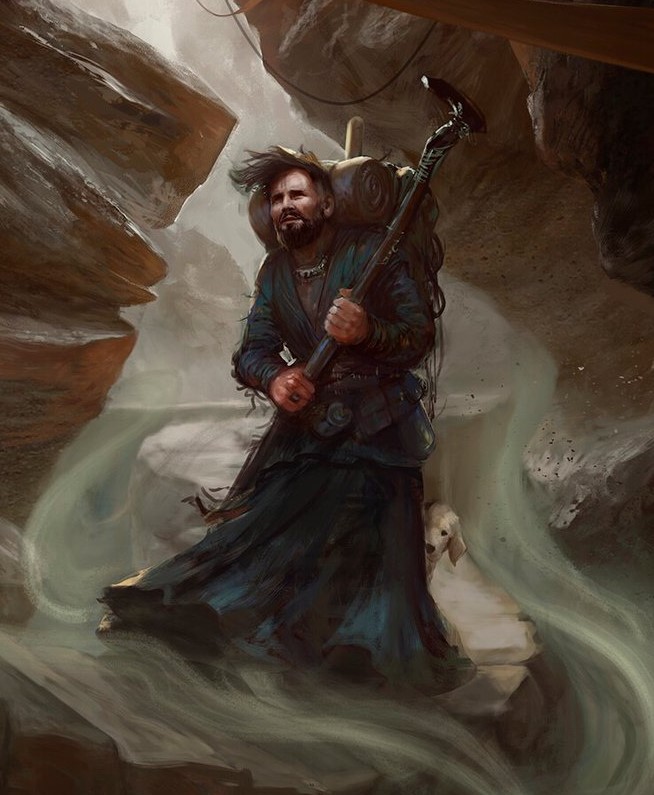 As a Pilgrim, you will want to kill or at least seriously injure your enemies with a bow. Since you are on the road so much, being able to craft your own ammo will save your money (maybe even your life!) For marksman related mods, check the Archer Guide.
Also because you are on the road, knowing your plants and herbs is a bonus. For mods related to alchemy, see the Healer Guide.
While the Pilgrim's purpose is to seek truth and enlightenment by travelling, you could also join a religious faction. If your Pilgrim wants to join the Temple or the Imperial Cult, see the Crusader Guide.
If you intend to use Hand-To-Hand and/or worship the Daedra, read the Monk Guide.
All right, now that you are set with combat related skills, we need places worth going to and things to see...

We want the Pilgrim to (re)discover Vvardenfell: cities and points of interest overhauls. They probably won't be suitable for every game: some are too fancy, too large or not entirely lore-friendly... but they'll be great for the Pilgrim experience. The idea is to use the mods you've never tried before. Unless specified otherwise, pick only one for each town.

The next few mods should be compatible with either of the previous ones:

Then add all of these:

Pick one of the first 2 mods, add the last 3 if you want.

I have reviewed these 3 mods (as well as a bunch of NPC addition mods) on YouTube, here's the playlist.