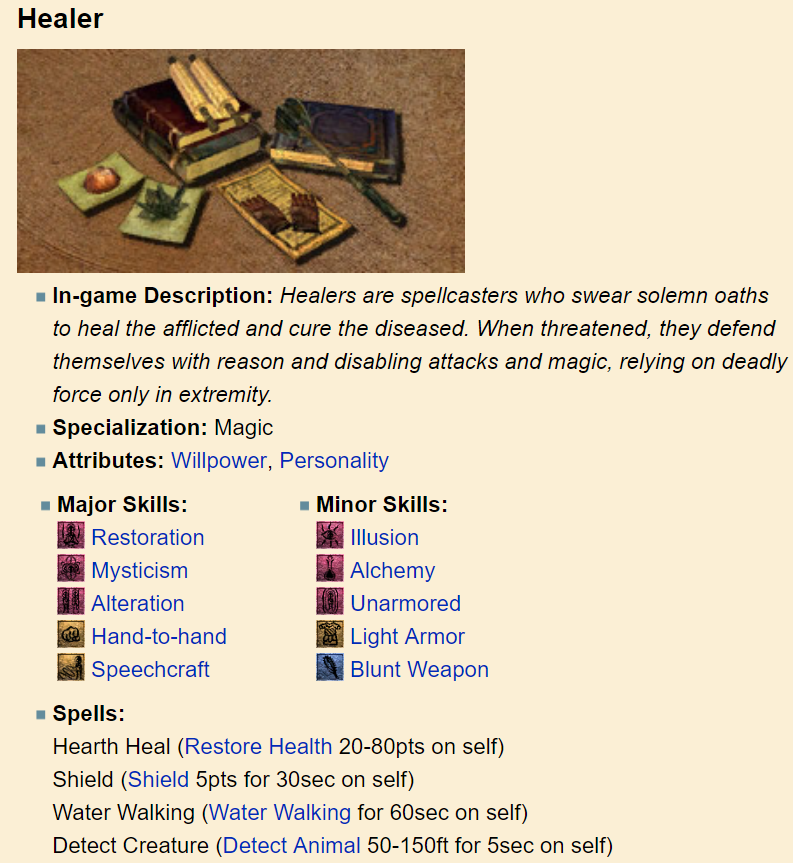 The very first thing you'll need to decide is whether you want to role-play a pure healer, Oath of Hippocrates style where you will refuse to hurt anyone, or if you are a healer that has accepted that violence is very much a part of life, especially in Vvardenfell. Another healer type is the one that uses potions rather than spells to heal.

The Mage for the extra magicka, the Atronach for a chance to absorb spells (you have alchemy so you should be able to make restore magicka potions), or the Ritual if you want to give your character a more religious aspect. 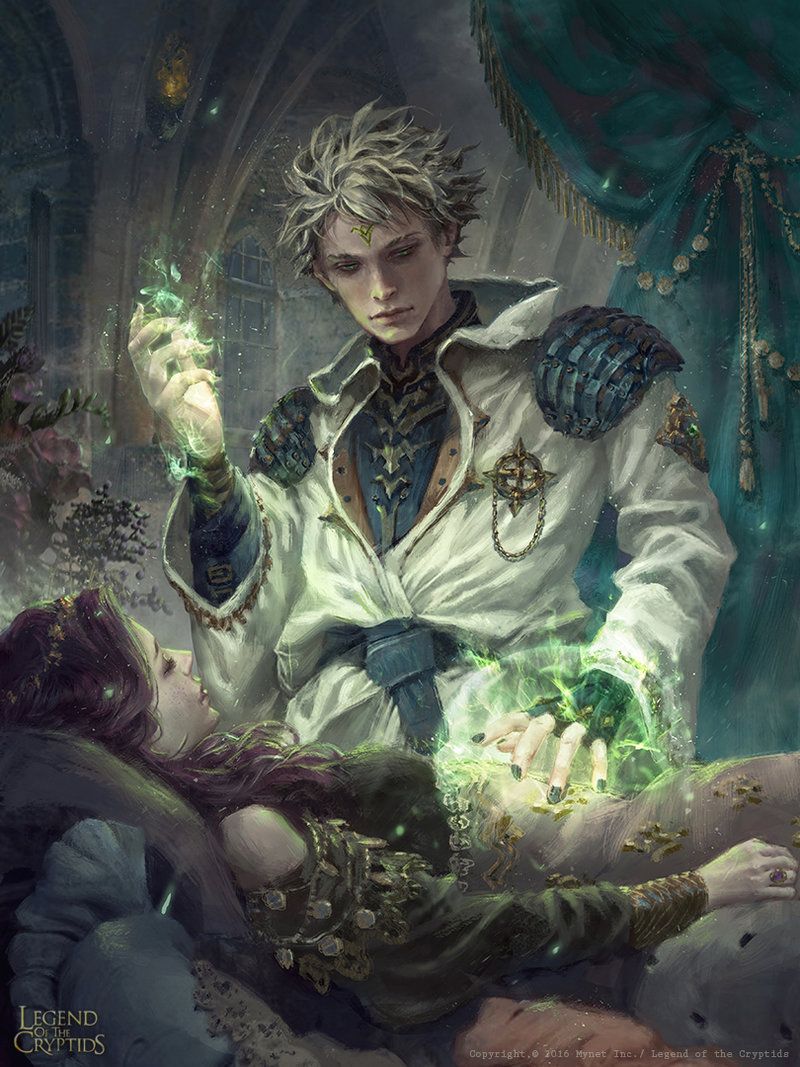 If your healer is a religious character, like a Priest, check out my Crusader guide for a list of mods related to the Temple and the Imperial Cult. If your Healer does Merida's bidding by cleansing Tamriel of the undead, check the Witchhunter Guide.

As a healer, you have hand to hand skills - we will cover mods for this skill in the Monk Guide. I would stick to staves, and mostly with cast-on-use effects such as calm, damage fatigue, ... nothing lethal basically.

I know what you are thinking: how do we survive Vvardenfell? To this I say, with meatshields, I mean friends!

Here are more options that don't quite suit the Healer character:

If you want to heal (and make a living) with potions, I have a few recommendations for you.

If you want more ideas for random handicaps and goals, check this blog entry with wheels to click, you can find my permadeath modlist (and all the others, actually) here and if you'd like to see many new characters created, join us on Twitch every Sunday for our permadeath runs ;)
Is you healer very different from mine? let me know!
Happy Morrowinding!