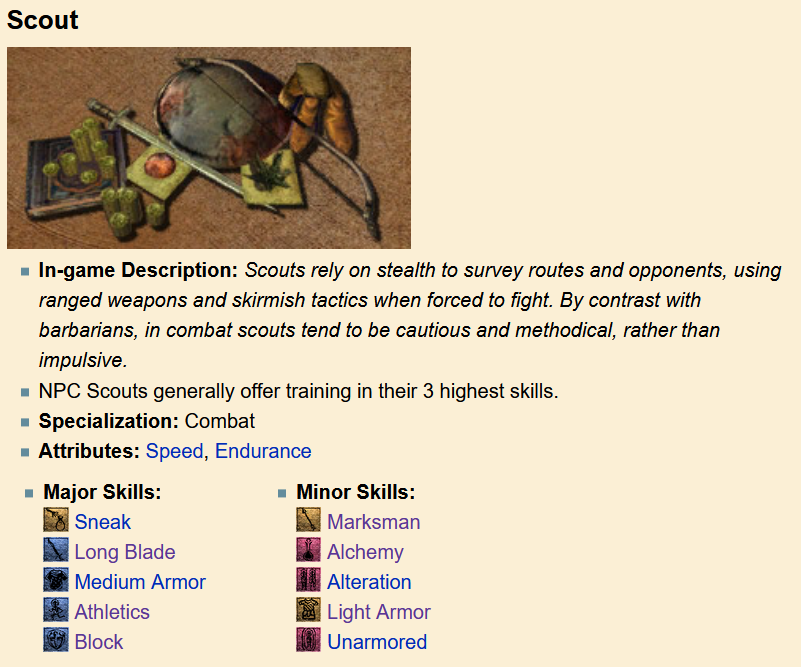 The Scout's main attributes are Speed and Endurance. With their skills, the scouts can have all kinds of builds: Melee with Long Sword and Shield, Ranged with Sneak and Marskman and wear whatever armour compliments your style best. You can make use of Alchemy and be closer to the Barbarian, or Alteration and play like a Nightblade.
Personally, I would go the true hybrid route where the scout snipes enemies off and is ready to meet them head on, blade in hand in tight spaces. I know most people do that with most characters but since I tend to specialise, a hybrid character is quite the novelty!
Whatever the race you pick, I would recommend you pick one with high Agility as this attribute is vital (hit chance, dodge chance and stagger chance) but will be hard to improve with Sneak and Block. Male Argonians, Bosmers and Khajiits of both genders start with 50 Agility.
I like the Argonian male, and their natural resistance to diseases: it will be useful with the survival mods I have in mind for the scout. In addition, the Argonian is probably more at ease in the great outdoors than in any Telvanni settlement or plantation.

I like the Steed for the birthsign: it stands to reason that the scout will spend a lot of time exploring and traveling, let's not make that more tedious than it needs to be. You might like this mod: Run Faster - Faster Running Speed to help you resist the urge to fast travel or teleport. 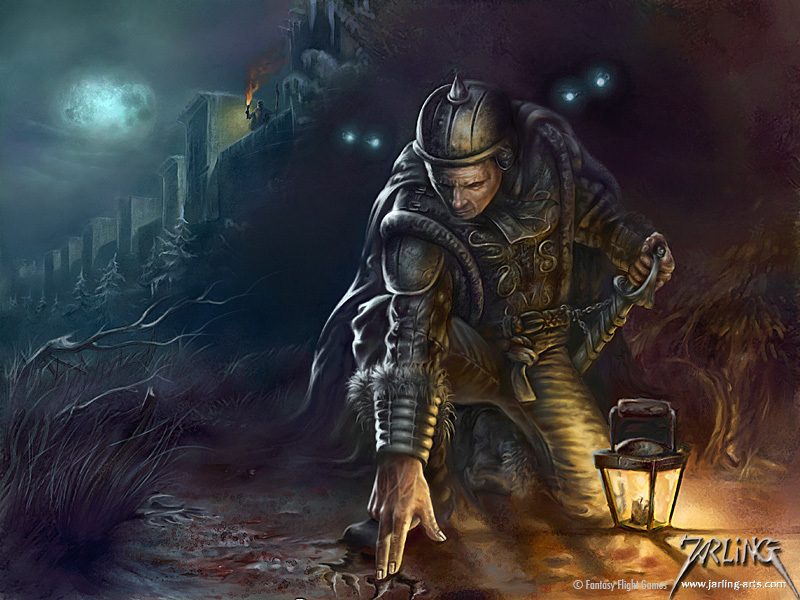 The scout is all about exploration. Time to make your regions visually stunning (see the Pilgrim Guide and fill you game with exciting dungeons to explore. Oh, we also want survival aspects.

You are a scout, you go places and keep you eyes open. The following lists deal with vanilla dungeons and hidden treasures. No new dungeons here because this article would be too long!

Remiros' Tomb Expansion, Mines and Caverns and Dwemer Rebirth Project. That's it. With those three a good portion of dungeons will be new(er).
If you want to cover as many locations as possible, read on!

There are two big mods when it comes to caves: Cavern Overhaul and Mines and Caverns. I'm recommending the latter because it covers more caves, it doesn't modify the caves' entrances and most importantly, it's not currently hidden on the Nexus. That being said, I've used and enjoyed Cavern Overhaul, pick this one if you've already played Mines and Caverns a lot: we want to explore, not re-visit.

Use the Morrowind Enchanted Editor to delete the Cave of the Incarnate cells, Koghoruhn cells, as well as Aleft cells to enjoy all three mods. Honestly, it is well worth the effort. If not, I would pick these three mods over Detailed Dungeons.

Time for some Morrowind Enchanted Editor magic, delete the exterior cell, also delete Mournhold cells that have been edited for no reason.

Can I just say: PHEW!! Massive thanks to Lucevar whose Dungeon List was most precious to make this article. 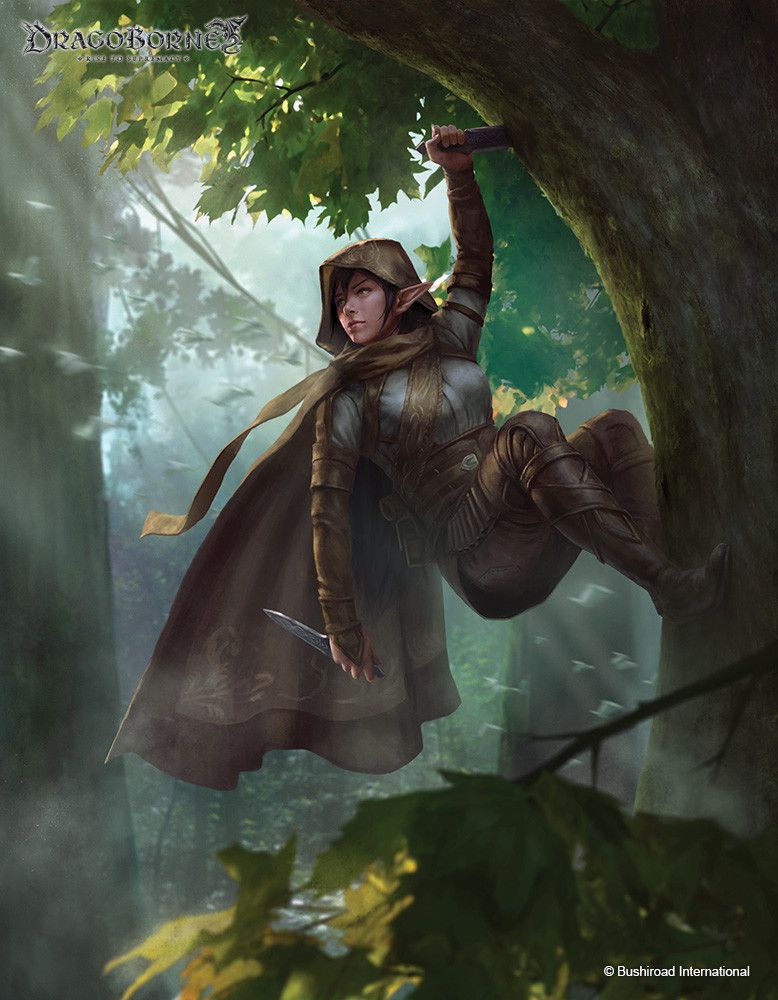