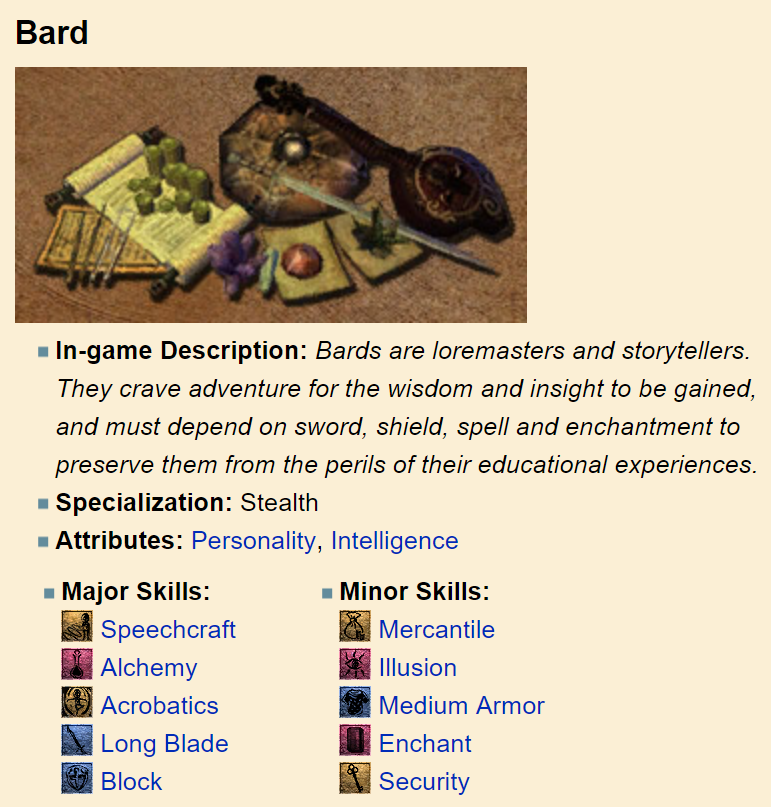 The Imperial score 50 in personality and 40 for the other two attributes, +10 buff to speechcraft and long blade. Perfect for a bard that can charm and, err... kill.
The Breton male looks good with 50 intelligence and 40 strength and personality, a nice +5 in alchemy and illusion. This bard will rely more heavily on illusion as well as be more self-reliant (with alchemy and moderate skills in mysticism and restoration).
The Dunmer female with 40 on all three attributes is good as well with a +5 buff to long blade.

For your birthsign, surprise, the Lady with a generous personality buff is an obvious choice. I can see the Atronach as well for the self-reliant bard: enough magicka for his illusion spells and a way to replenish it while protecting yourself from magical attacks (spell absorption).
If you want your bard to be a better fighter, the Warrior makes sense too to get a fortified attack. 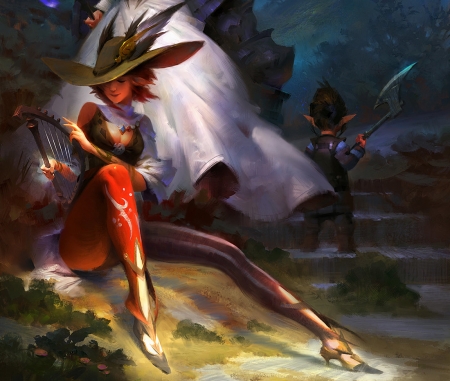 Quite a few mods out there depending on how serious you are about actually playing music and making money out of it.

Making a living as a bard

With A Bard's Life, you have:

If it's all too much (it's ok, I won't be sad), be sure to install one of the lute mods above as well as the Entertainers Expanded.

The music in Morrowind is a very important part of the game's atmosphere but for the Bard, we should do something special: the music comes from you, but we don't want a dead world.
Here are a few options:

If you want more ideas for random handicaps and goals, check this blog entry with wheels to click, you can find my permadeath modlist (and all the others, actually) here and if you'd like to see many new characters created, join us on Twitch every Sunday for our permadeath runs ;)
More than ever, I am so curious to know how you role-play your bard!
Happy Morrowinding!