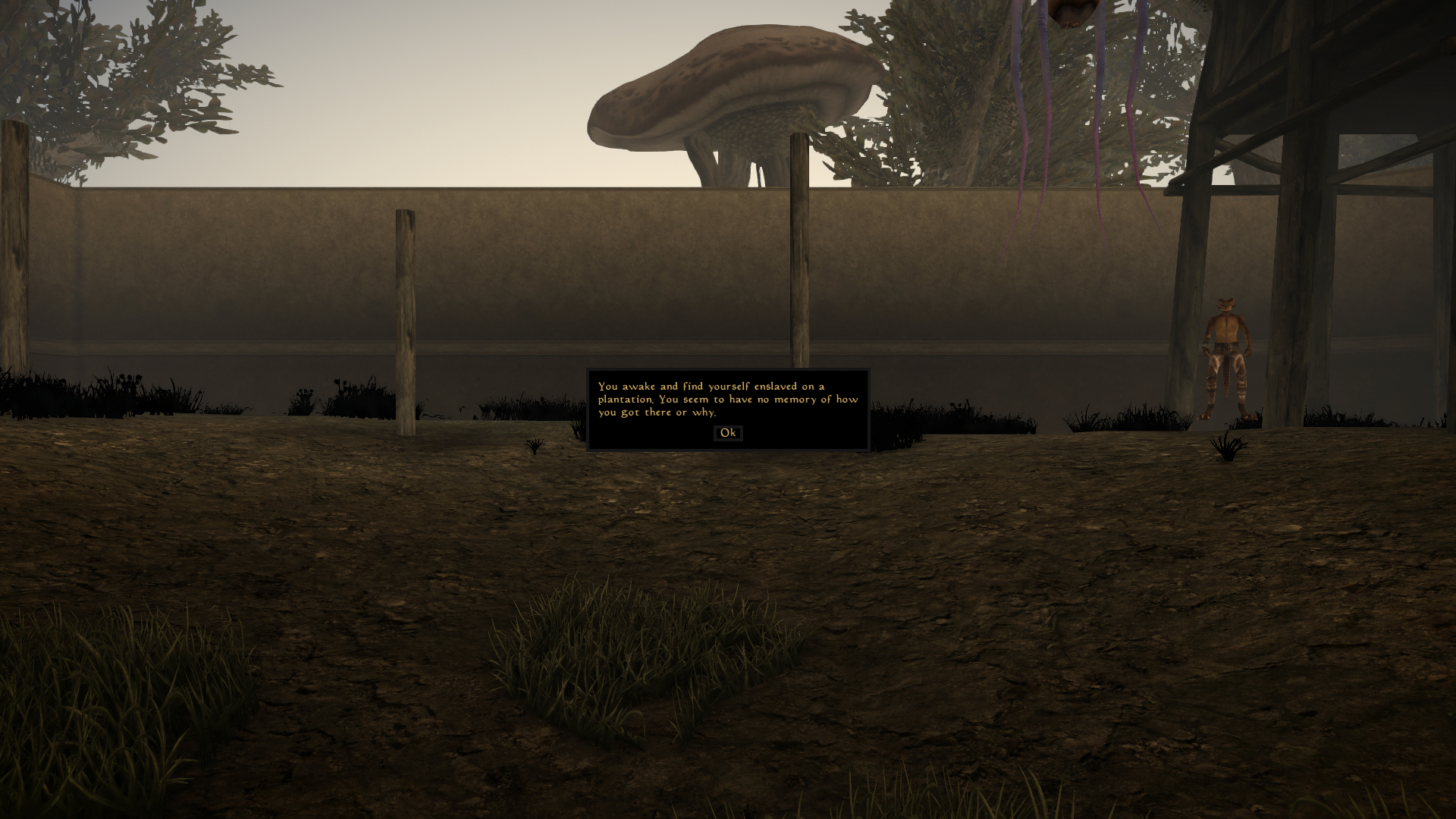 The authors of this mod are both excellent when it comes to dialogue-based mods. Check out there page on the Nexus here and here. Do yourself a favour and grab all the one that could fit your playstyle
Nerevanine unchained is a chargen mod that let's you start the game as a slave in the Dren plantation. You will have to earn your freedom before getting on with everything else. I love the attention to dialogues, either to make npcs at the Dren plantation more interesting or to make sure your character's story remains relevant during the game.
There are a bunch of slave related mods out there, assuming you don't want to become a slaver yourself, if you want a quest, get Brother Juniper's Twin Lamps, if you want to free slaves, grab Caeris' Free the Slaves, if you want to build and army of ex-slaves, get Live Free.

Noone is above the law by Gavrilo93

Surprise! Another mod from Gavrilo, but also a must for any non-law-abiding character: upon being arrested, the guards will put all stolen items in the evidence chest, but now, all illegal items (dwemer artifacts, ebony, glass, skooma, moonsugar) will be confiscated whether they were stolen or not.
Thieves and smugglers rejoice, now you need to break into two chests to recover your stuff. To make your adventures as a smuggler more fun, be sure to install insta-arrest, it makes the guards smart enough to not expect you to come and talk to them if you have a bounty.
Cheery on top, No one is above the law is fully compatible with Caeris's Service refusal expanded so you could also role-play as an honest ebony-dealer, Dwemer artifact collector, etc..

The Bounty Hunter by Gavrilo93 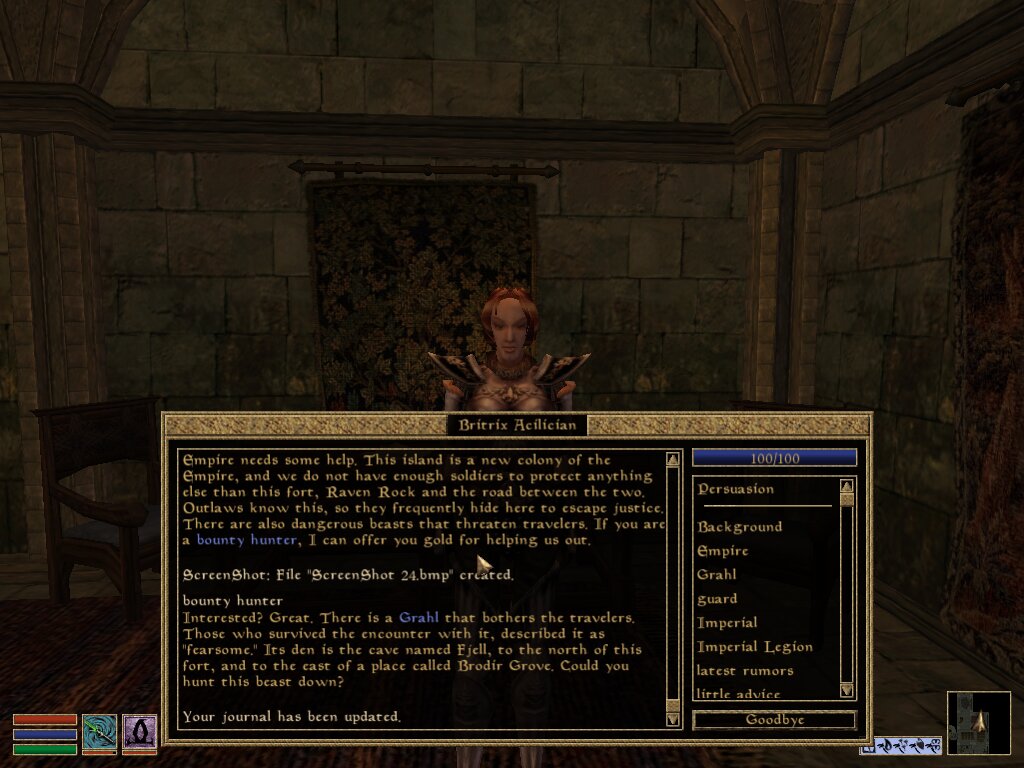 What can I say, Gavrilo is the star of the month, his bounty hunter mod adds simple go kill this criminal here or there quests. I love that Gavrilo gives us solid rp experience without fancy models, textures or scripts (don't get me wrong, I love those as well, but there is something about a good straightforward quest mod. Very much in the same vein, check his vampire hunter guild mod, where you are given information to find vampires already in the game and get a reward for every vampire ash you bring.

No, you are not dreaming, this is yet another mod by Gavrilo, this one however is a compilation of previous mods that gave more ways to do the main quest: now you can side with the ashlanders, rebel against the empire or on the contrary, bring the empire's law and order to Vvardenfell as well as some immersion mods.
If you want to stick to the original main quest but need a set a fresh eyes to make it fun again, get Julan the Ashlander companion (this is the last stable release, there is also a beta for version 3.0)
Check out Gavrilo's website for a complete list of his mods, more mod recommendations and a few fun role-playing ideas. 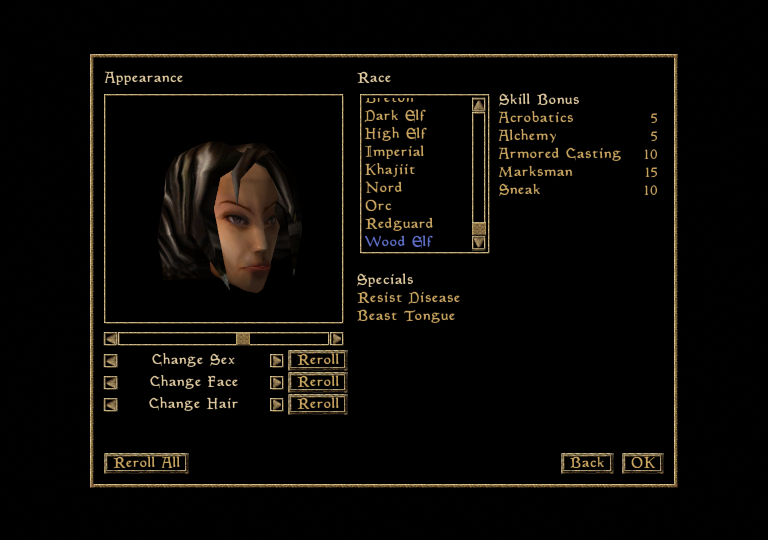 Some MWSE goodness and something I have been waiting for: a mod that picks your race, gender, face, hair, class and birthsign for you. Perfect with Chargen Revamped - expanded lands that also randomises you attributes, skills, faction and start location: you will never play the same character twice! Pete is the author of a dozen more mods, quite a few of which I use. 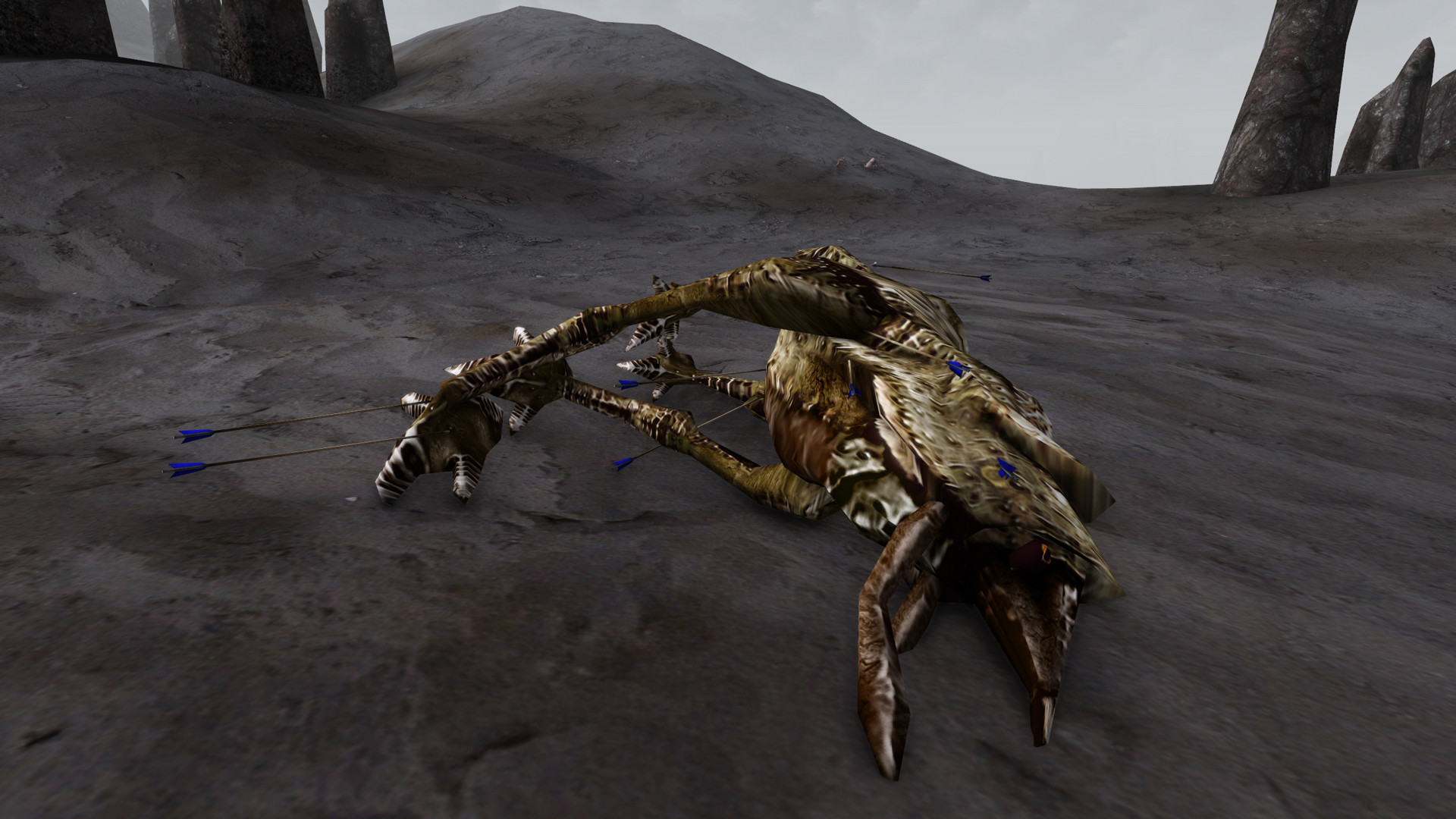 Yes, the author's name probably gets butchered everytime someone attempts it but this mod is so much fun. Pushing the limits of what Morrowind can do, projectiles shot by you and enemies alike have a chance to stay lodged in their target, much like they do in Oblivion. This is an early release and the arrows feel a bit too large, they can look like they are levitating just inches from the target and you can't pick these arrows up (you can still loot some as per vanilla Morrowind) but, when it's cool, it's cool. 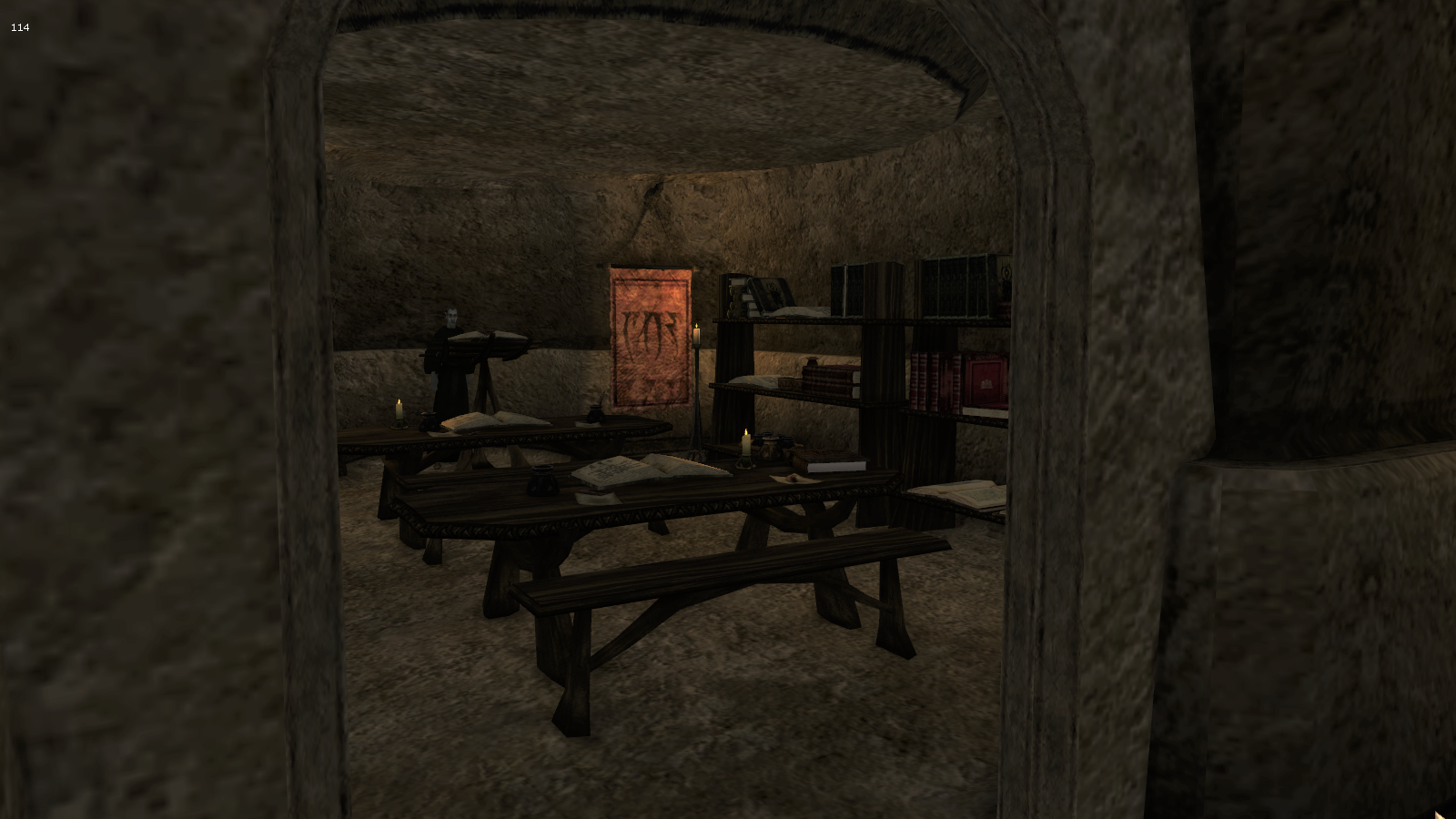 This mod changes and indeed expands the interiors of the Balmora Mages guild, Fighters Guild and Temple. It also has a few quests. Simply looking at the screenshot will attest to the quality of the new interiors. I personally love how the interiors now tell a story, you walk around the guild hall and think, so this is where they eat, this is where they study, and so on. 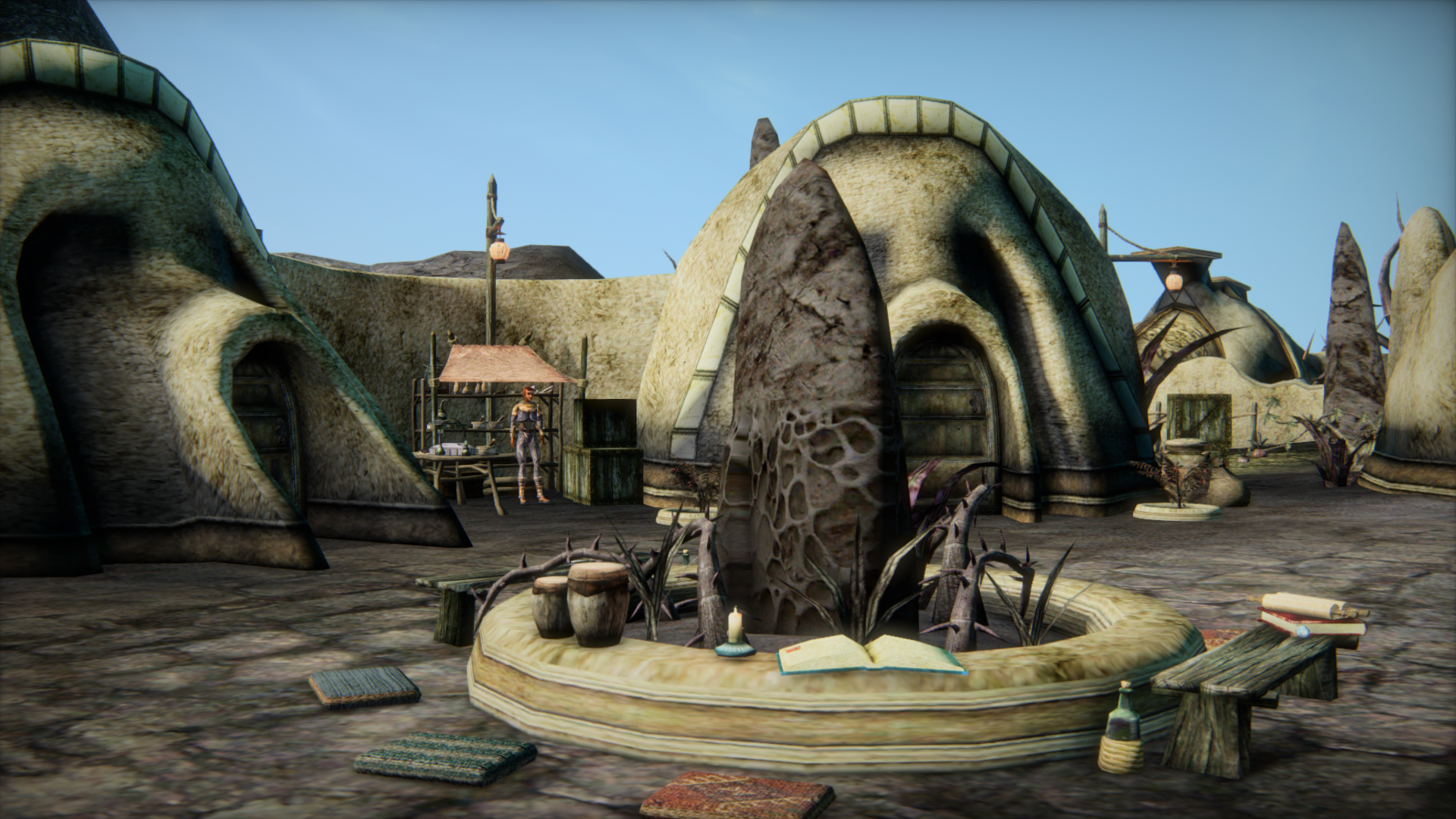 I love this mod for a few reasons: Ald-ruhn looks better and has loads of interesting little details: here, someone sat reading a book while chewing on marshmerrow, there someone was playing music for passer-bys, etc. The whole thing is pleasant to look at and immersive. There are little errors or pathgrids and/or npcs wandering in objects but overall, a great town expansion mod.

All these mods are never leaving my permadeath modlist.

We are playing Morrowind permadeath every Sunday afternoon on twitch, come join, we die a lot.