It's Morrowind Modathon season!
You can read the official announcement from DarkElfGuy here.
Long story short, the Morrowind community gets into a frenzy to release their mods in May, collecting achievements in the process. 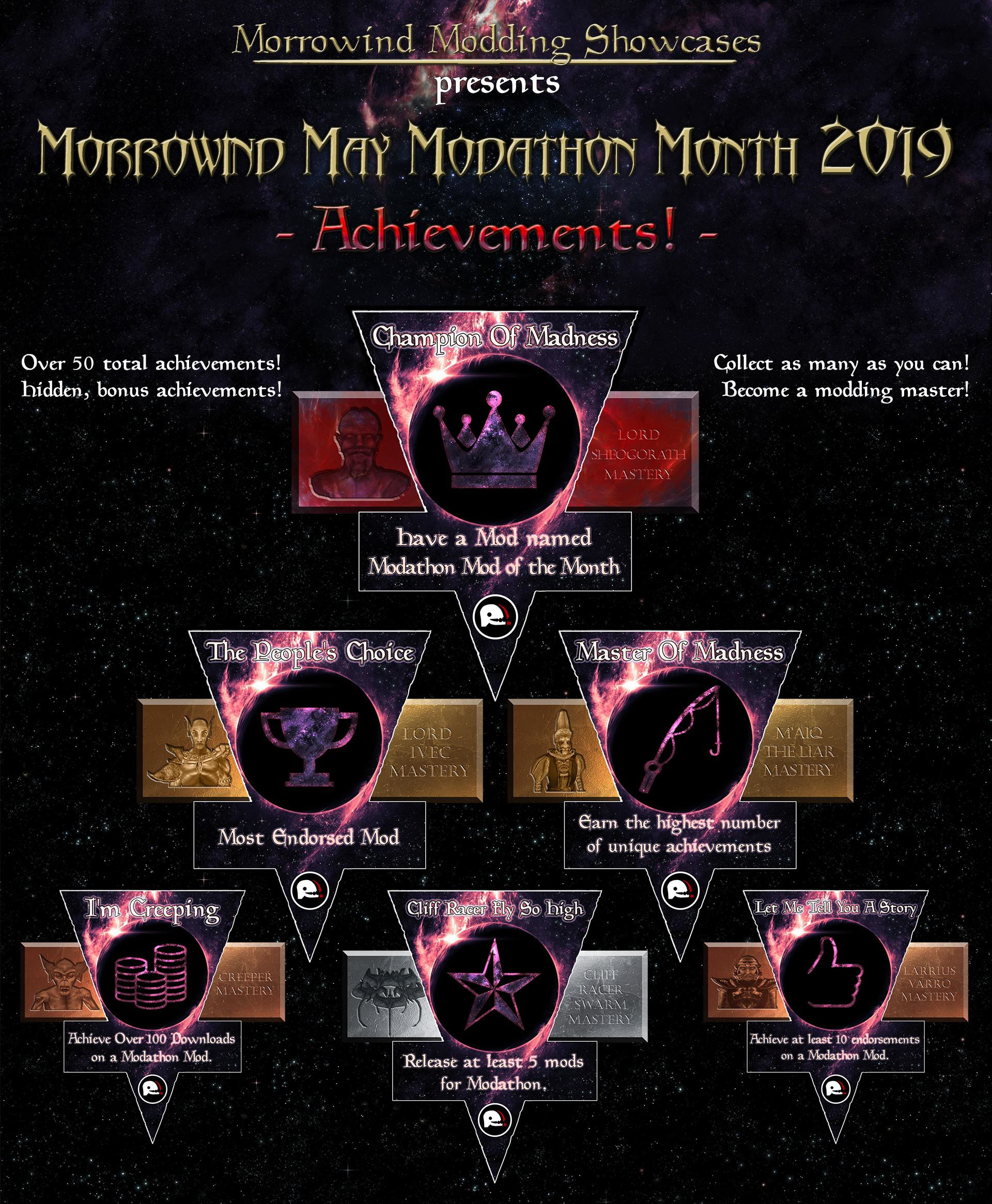 While I know for a fact I won't be able to release a lot of mod, I still wanted to take part (and maybe do better than with my Voiced Therana mod!)

Well yesterday we had a D&D session and I decided that cantrips were interesting spells that could find their place in Morrowind.

The mod itself is not all that hard to make, the main difficulty was to get the script to work (Which was easy once I got some help over at the Morrowind Moddind Community ).

It took a bit more time to get the art for the scrolls (I am a low-level GIMP user)but I used the same files to create the illustrations for the Nexus page as well.

I really wanted to find a way to add spells that never fail but also, obviously to keep it balanced. So these cantrips use a lot more magicka (between 30 and 60) that their spell counterparts.
I've made it so that to learn a cantrip your skill must be BELOW 15. The idea is that a proficient spellcaster woyuld never lower themselves to use cantrips, they are basic, primitive and inefficient.

The mod is here
The detailed list of cantrips: 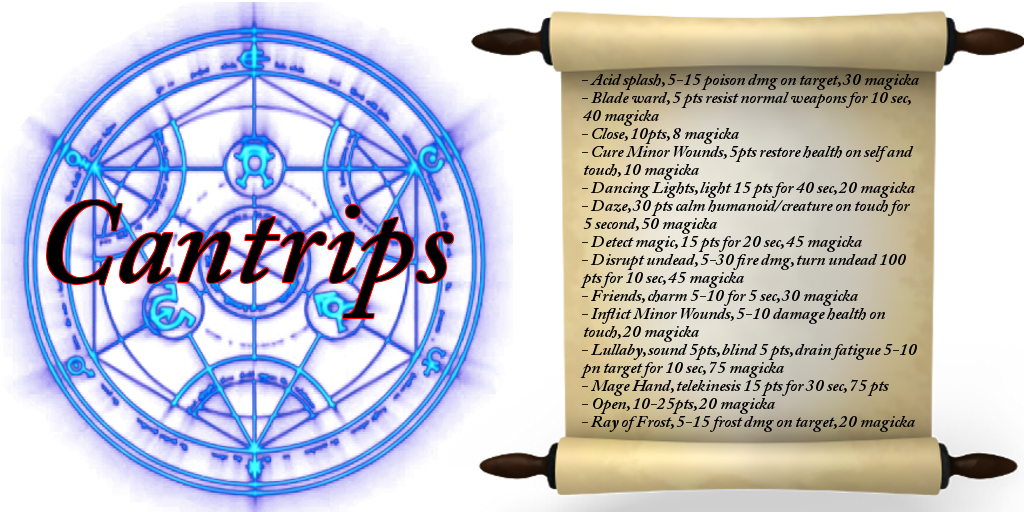