It's been a while and I hope you'll enjoy this new character guide. This one was inspired by a discussion on the Morrowind Modding Discord
These are a few role-play and mod ideas to play as a skeleton. As usual, there is a set of rules and goals to try and make the experience unique.
Have fun.

You are Skelfree. A necromancer created you and by some weird twist of fate, you have gained awareness and renamed yourself.
You do not care for riches or fame: knowledge and power drive you.

Duh. This lovely race mod also adds scripts to skeleton creatures who won't attack you. The only must-have mod. The race comes with a summon skeleton spell and a weak Absorb Health spell.

Alternatively, you were brought back as a zombie.

Your necromancy mod of choice

The super classic that has a few known bugs. It also offers the greatest variety of undead to create (33!). You will use black soul gems, carry corpses around, control an undead army. Warning: do NOT ask you minions their level, they'd refuse to talk to you again. (Thanks Prof for the bug report)

Getting the books you need to get started is quite a challenge but this is a very complete mod. Download version 6 instead than 6a (it has known issues). Collect books as well as notes from books to learn how to gather body parts, prepare them for a ritual, re-animate them. Much like Fliggerty's mod, Dopey was mindful to follow the Corpse Preparation books to stay lore-friendly.

Way of the Necromancer

The simplest of the Necromancy mod if you are weary of heavily scripted mod: find books to teach you these powerful new summoning spells. Gather the required items to learn the rituals, summon undeads that stay with you until killed.

OpenMW only! I have not tested this myself.

Currently hidden on the Nexus

A perfect fit, obviously. It's in Samarys Tomb. Make that your priority. Until then, you are a skeleton in town, a target for zealous guards.

The only way forward for a Skeleton is to become a lich! This is a large quest mod with its own new faction.

Quest mod where you learn from the best: Sorkvild the Raven.

Go ahead and pick the Necromancer profession, it will give you a couple of summon undead spells so you are not utterly weak fresh off the boat.

Night mage will make your game a little harder but is a perfect fit for a necro skellie. During the day, you suffer a -5 debuff to all your magic skills, but benefit from a +5 buff at night. (MWSE) 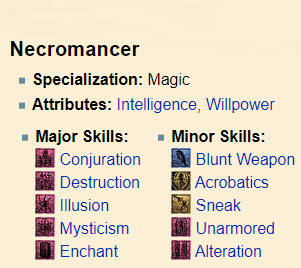 Get closer to death and become able to spirits.

Install Cannibals of Morrowind and start collecting body parts to make yourself whole. You must carry those at all times.

Show him who's the boss!

Kill the Necromancer that created you.
Spin the wheel to find out who's your daddy/mommy. Go kill. Ideally, use their body/soul to re-animate them as your forever slave.

Complete the Illuminated Order quest line and become a lich.

Make yourself a chilling home decorated with the bones and ashes that matter. 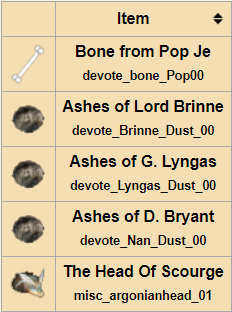 Mages Guild and Telvanni. Illuminated Order. Other factions have nothing to offer.

Keep your hood on

Hide you skeletal nature. Wear the hooded lich robe, a hood, possibly a helmet (most vanilla helmet clip with the skeleton race so I'd stick to the hood: no clipping for RP-friendly). To most NPCs, you are a creature that needs to be killed, or locked up in a tomb.

Illegal Summonings is great. Even without it, be mindful to not walk in town with a horde of undead in tow. And keep your hood on!

I know, they are fun but you burn easily and as an undead, draining spells make more sense.

Skelfree needs energy/sustenance somehow. Ash Yam porridge won't do. He could rely on bonemeal, various body parts from Cannibals of Morrowind, captured souls, scrolls (to feed of their magics)...

You either don't need rest (that's not much of a handicap!) or can only rest in tombs.

Being undead, healing potions and spell should not work, but they will.
Other (better?) ways to heal as a skeleton:

I have not played this guy yet but I am looking forward to it.
Do let me know if you have other RP ideas for a skeleton character or if I missed mods that would enhance this playthrough.
Next up, a Guar Herder guide has been suggested as well as an Ordinator guide. Feel free to let me know ideas and requests you may have.
You can find me live on Twitch Saturdays and Sundays as well as on Discord. My own discord is right here.