The settings in Morrowind and Indiana Jones are very different so we cannot stay very true to the film.
So what do we know about Indiana Jones? He is a resourceful explorer and a confident treasure hunter. He is also, to some degree, a scholar who brings relics and artifacts to the museum.
Naturally, in each movie, there are artifacts and treasures, a girl and a nemesis.
For this challenge, I am following the usual format of goals/handicaps but I am not making character creation suggestions: this is an Indiana Jones-inspired challenge: you could very well be an Argonian! (Mine is going to be a female because I want to wear all the pretty clothes I've added to Wares this past year.)

No joke, this is a well-known easter egg. Head to Omalen Ancestral Tomb to find the body of Indiana Jones and discover his fate.
From UESP:
Omaren Ancestral Tomb is a medium-sized, Daedra-occupied tomb leading to a lost Daedric Ruin in the Azura's Coast region, due east of Sadrith Mora and northeast of Anudnabia.

Scouts' Services only if you want a scout to take you there for a fee.

GOAL 2: Fill the Museum of Artifacts with artifacts (duh)

Yagrum has the only copy of Famed Artifacts of Tamriel. Consider this your to-do list ;)
Many of the artifacts listed can be sold or donated to the Museum of Artifacts in Mournhold.
Dwemer artifacts can be added to Master Ayron's collection, especially if you join House Telvanni and he sponsors you.
The other items can go in your own collection or, especially if you choose to play as an Imperial, place them in Ebonheart Castle.

This mod expands the museum in Mournhold so that it looks better but more importantly, it accepts ALL of the artifacts listed in "Famed Artifacts of Tamriel". It includes minor fixes and improvements to dialogues and opening hours.

A dream come true for any collector: thanks to Hrnchamd and the magic of LUA, you can now easily display your most valuable items in any cell, anywhere, including on walls.

Some 30+ vanilla artifacts not directly associated with quests now have a map. Maps can be found in shipwrecks. Some of these items you know: the Mentor's ring, the Dagger of Judgement, but a lot of the time, those unique items are in a cave, tomb, or ruin that no quest sends you to.
Perfect to 1/ make you explore shipwrecks that tend to be ignored, 2/ Even after years of playing Morrowind, explore places you don't know/remember 3/fill the Museum of Artifacts.

XeroFoxx, the author of Uncharted Artifacts joined me on stream to talk about the mod, its inspirations, etc.

This mod moves artifacts and unique items around with every new game: no longer can you head to Tel Fyr to get that sweet artifact ;)
There is a pillar that gives you hints about the locations of the artifacts.
NOTE: This mod moves a few artifacts that you should be able to find using the maps from Uncharted Artifacts. It doesn't break the game and, for this playthrough, I like the idea that even with a map leading to an artifact, it is gone, maybe someone else beat you to it!

Traders occasionally offer a treasure map for roughly 300 septims. Reading the map tells you where the treasure is relative to your position (North in the Sheogorad Region, a few meters south-south-east, etc.)
Sometimes, there is no treasure to be found, the map was a fake, but most of the time you will find a chest containing gold, items, and enchanted items based on vanilla levelled lists.
NOTE: This is a radiant quest that can be done as many times as you want and that will take you all over Vvardenfell.

Most tombs on Vvardenfell now have a large urn containing relics. They may be valuable items or even enchanted ones.
NOTE: Some of the loot is a little too generous, but since our Indy-inspired character collects items for museums (rather than personal gain), we'll be fine.

A very old mod but a classic that still has its place in a modern modlist, especially if you are playing an explorer and treasure hunter.
This mod adds 165 Crystal Eggs. There is one hidden in most dungeons. They are simply placed there as opposed to being in containers.
There are no quests: you find an egg, sell it, keep it, display it: your call.
It takes patience and a good eye to find those eggs in the nooks and crannies of dungeons!
NOTE: Since the eggs are hand-placed in dungeons to be partially hidden, any mod that overhauls dungeons might make the eggs impossible to find/pick up. Again, not game-breaking, and with many eggs to find, a few lost ones is not a big deal. There is however a patch for Mines and Caverns and a display to boot!
You will also need to download the following 2 mods: KEY-Crystal_Eggs_01 v1.0 and Crystal Egg Icons v1.0.

This egg hunt is a bit different as it takes place in Vivec only and all the eggs look the same. There are 12 eggs hidden in each canton. Again, nothing in containers or even behind locked doors, no need to levitate: you just need to keep your eyes open!
This is another mod by XeroFoxx, so you know the attention to detail and the quality are top-notch. While you're at it, get his Know Thy Ancestors, it adds a banner to each and every tomb with the tombs name. Immersive and educational, perfect for an adventurous scholar!

Another older mod. A mage in Balmora Guild of Mages gives a note with clues leading you to lost artifacts. These items are just placed in the game world. That's it.

If you like a treasure hunt with riddles, this mod is for you. You have clues, each leading to a trophy. This is a mod by Merlord, so you can expect some sexy Lua features, in this case, as you find the trophies, the clues (displayed in MCM) are crossed out automatically. The trophies themselves are not artifacts or especially valuable, the fun of this mod is in the riddles.

This mod adds close to 100 magic items to the game world. Some of them are scripted, some are quested.
NOTE: This is a Morrowind Madness Mod, and it is not as polished as it could/should be. Some dialogue topics persist and are available to all NPCs, a vanilla (empty) sack now holds 100+ items, etc.

Shinies adds all kinds of gemstones to the game, but it also adds runestones. These runestones are powerful ingredients but more importantly, they are hand-placed in Daedric shrines, both and Vvardenfell and Tamriel Rebuilt.

GOAL 4: Learn about the Dwemer

This mod adds a faction and a museum dedicated to exploring Dwemer ruins as well as collecting unique and mundane Dwemer items.
New items to find and use, a guildhall, scripted displays, and other things I forgot I put there :D
A good fit for this challenge: Indiana Jones finds and brings artifacts to a museum. A 2 in 1 mod: a place to display your finds and quests that sends you to explore.

An underrated quest mod where you help a Khajiit build a Dwemer Sphere.

A similar idea, but this mod expands on the Telvanni quest that lets you have a sphere centurion. Cherry on top, Baladas will have additional dialogue regarding sphere centurions.

GOAL 5: Get the girl

Get your speechcraft and personality high enough that you can initiate dialogue with an aggressive NPC.

Indiana James and Laura Craft are two older companion mods. They have nothing to do with Indiana Jones, other than the pun in their names. Indiana James is the older of the two mods and is essentially a very strong warrior companion, clad in ebony armour with a small house and a few dialogues topics. Laura Craft however comes with her own series of quests to prove one is worthy of being her boyfriend. She has the same house as Indiana James but is less OP in terms of stats and loot.

If Laura Craft/Indiana James is not to your taste, the romance mod lets you romance and marry any NPC via dialogue.

Dance of the Three-Legged Guar

A long quest mod, featuring Arnand, a Breton and former legionnaire and currently an archeologist. The mod is forever in beta but is fully playable.
The dialogues are written by Kateri, the author of Julan companion mod, so you know it will be funny.
The quest is not about the Dwemer though, or even about exploring, but you know me, I like a good companion.

What's the point of exploring if you already know it all? With this mod, you don't know the names of NPCs until you talk to them, you don't know where a door leads until you've opened it, you don't know what a key does until you find its door or what a bottle contains until you open (drink) it.
** NOTE:** I will be using the older and never published Sveng's Less Clairvoyant Nerevarine because it does not include potions and I like the option where NPCs just refuse to talk to me (and give me their name) if they really dislike me.

Because after a while, you know what door is trapped. With this mod, every door and container may be locked and/or trapped.
NOTE: Not compatible with G7 lock bashing mod, try Opiter's or Linora's instead.
Also, because in Morrowind, the door between 2 cells are in fact 2 distinct doors where each of them has a chance to be locked/trapped, it could be that you go through a door, turn around to go back... and find the door locked/trapped.

Visually Trapped Objects and Locks and Traps Detection hides or shows traps based on your security skill. Also use Enhanced Security, it is a great QoL mod when it comes to handling picks and probes.

Finding artifacts is supposed to be a dangerous business: with this mod, every time you open an urn in a tomb, you might anger the dead and be attacked. This is a modern rewrite of the good old Disturb the Dead mod.
NOTE: In addition, I would recommend Remiros' Urnest Loot (look under the download section, optional files) or the older Grave Goods to make it more worthwhile searching tombs.

Mort joined me during a stream as we tested and discussed stealth and Distraction.

GOAL 7: Destroy the most powerful artifact

Make your final dungeon memorable with Darknut's
Greater Dwemer Ruins, the deadliest dungeon mod we have. A great finale for your Indy character.

And there yu have it! I am super keen to try this myself. I am sure I will deviate from my own guide somehow but that's totally fine.
I'd love to hear about your run, how was your Indy? Did you play modded or vanilla? Did you find another mod that made your playthrough particularly enjoyable? 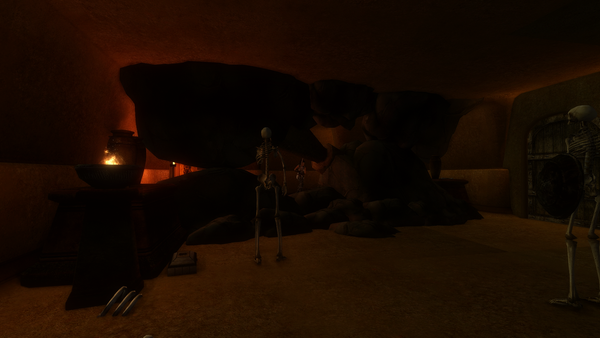 How long have you been modding and what was your first mod? I've messed around with the CS since at least 2008, although back then was mostly adding a few items in the game world, such as copies of unique or quest items, or adding more enemies, like werewolves in 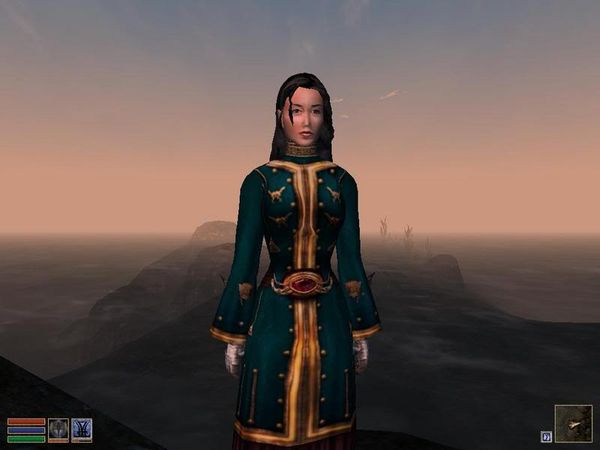 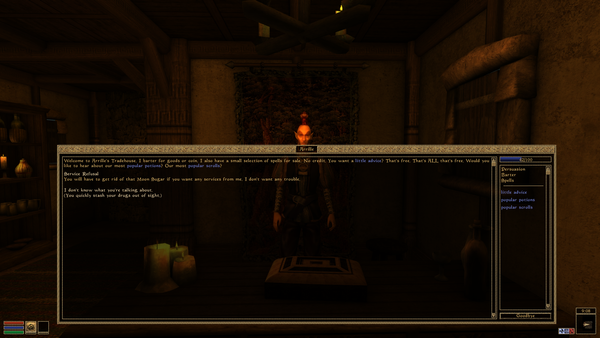 How long have you been modding and what was your first complete mod? The first mod I ever created was Dwemer Observing Station, back in 2005. I uploaded it to Planet Elder Scrolls at the time (it's still available on Morrowind Mod History), and then forgot about it. It's the