I've recently made a new install of Morrowind (yes, another one). This time, I am spending quite a bit of time playing around with my journal! Thanks to Sveng's excellent mod, we can edit journal entries, add journal entries and even add images to the journal.
I'll be adding the journal entries below, so be sure to check back from time to time.
Also below, some information about my modlist.

Disclaimer: English is not my native language and my typing is very poor, I do this thing where I stare at my keyboard and never look at the screen, so typos abound. 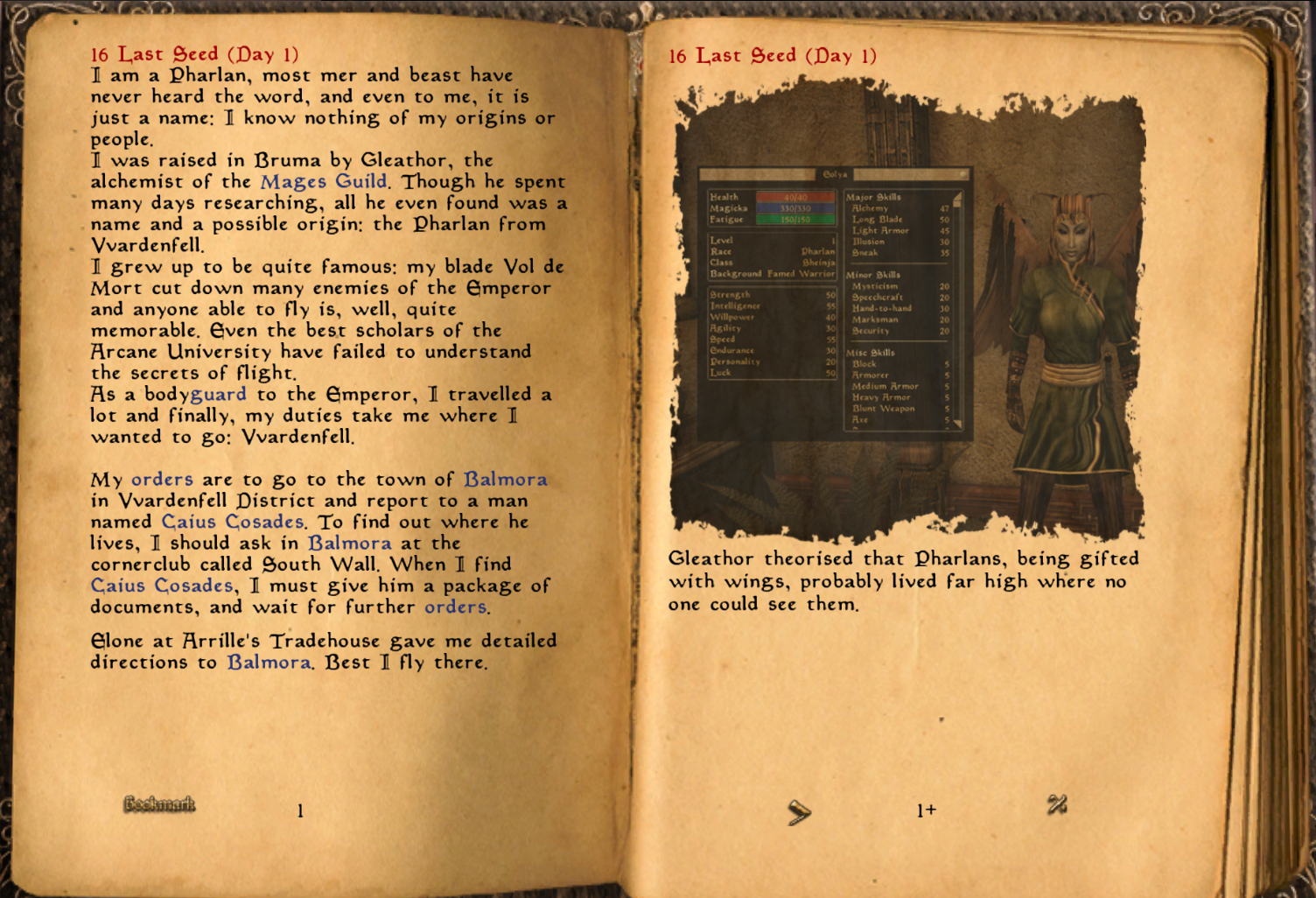 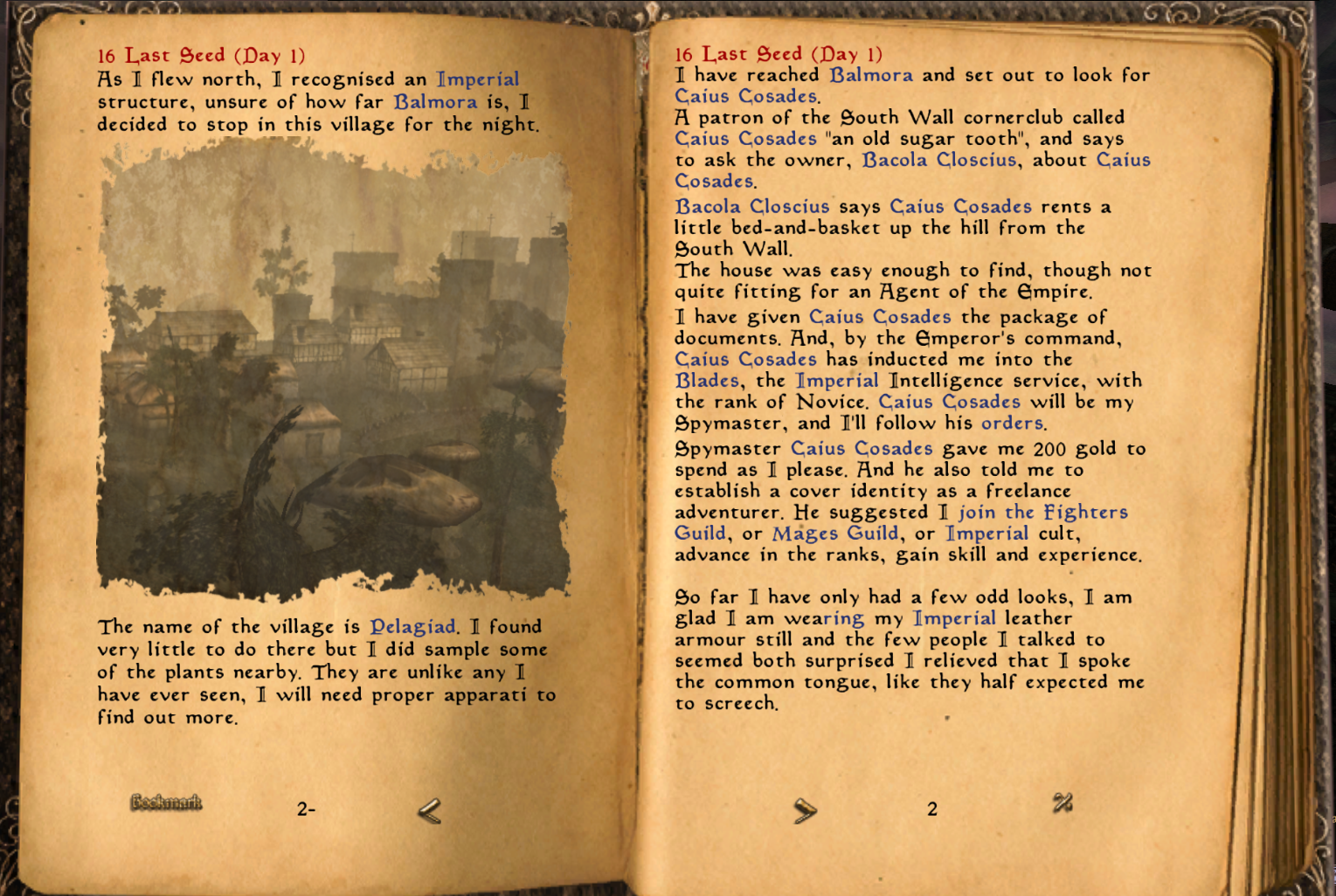 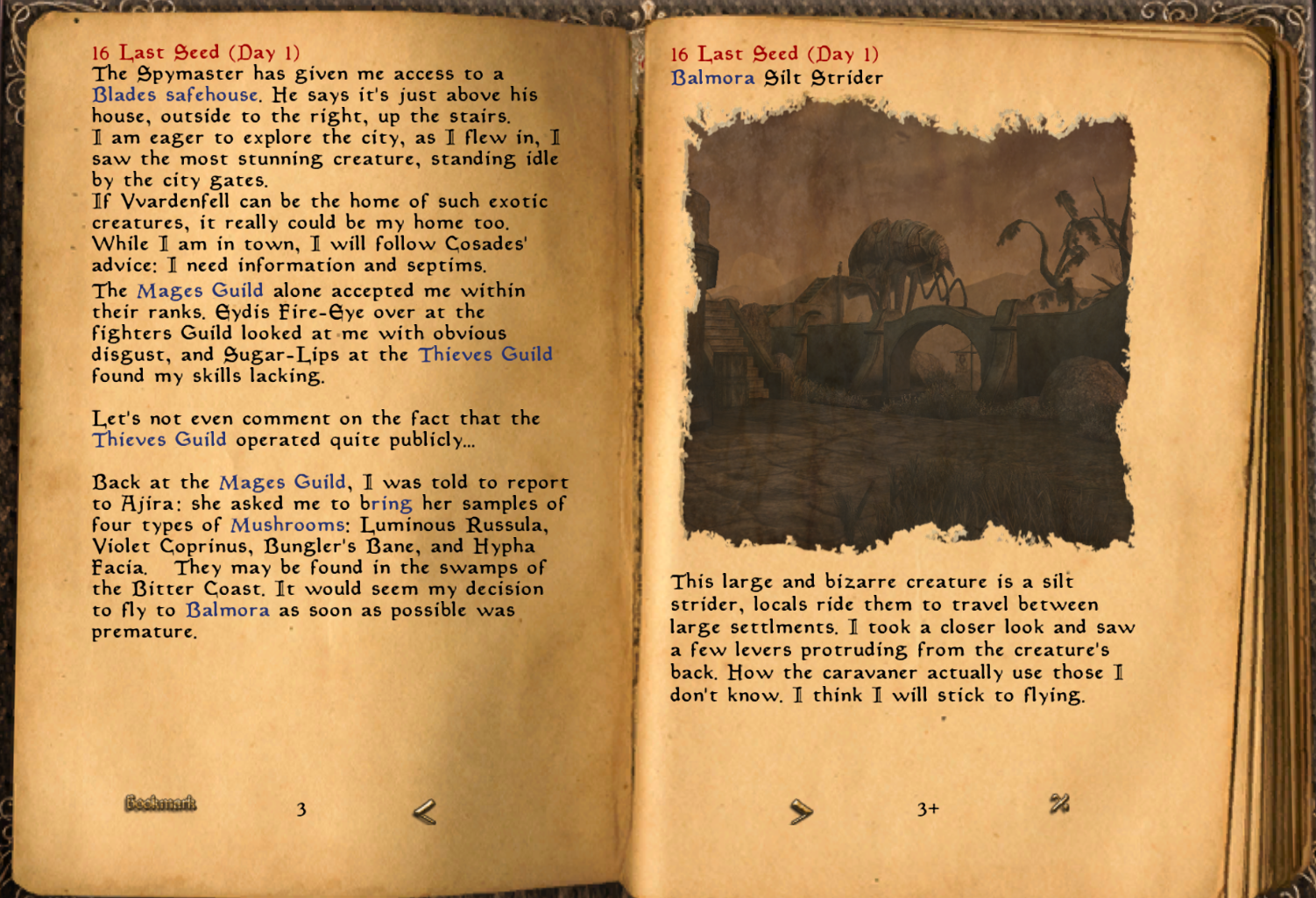 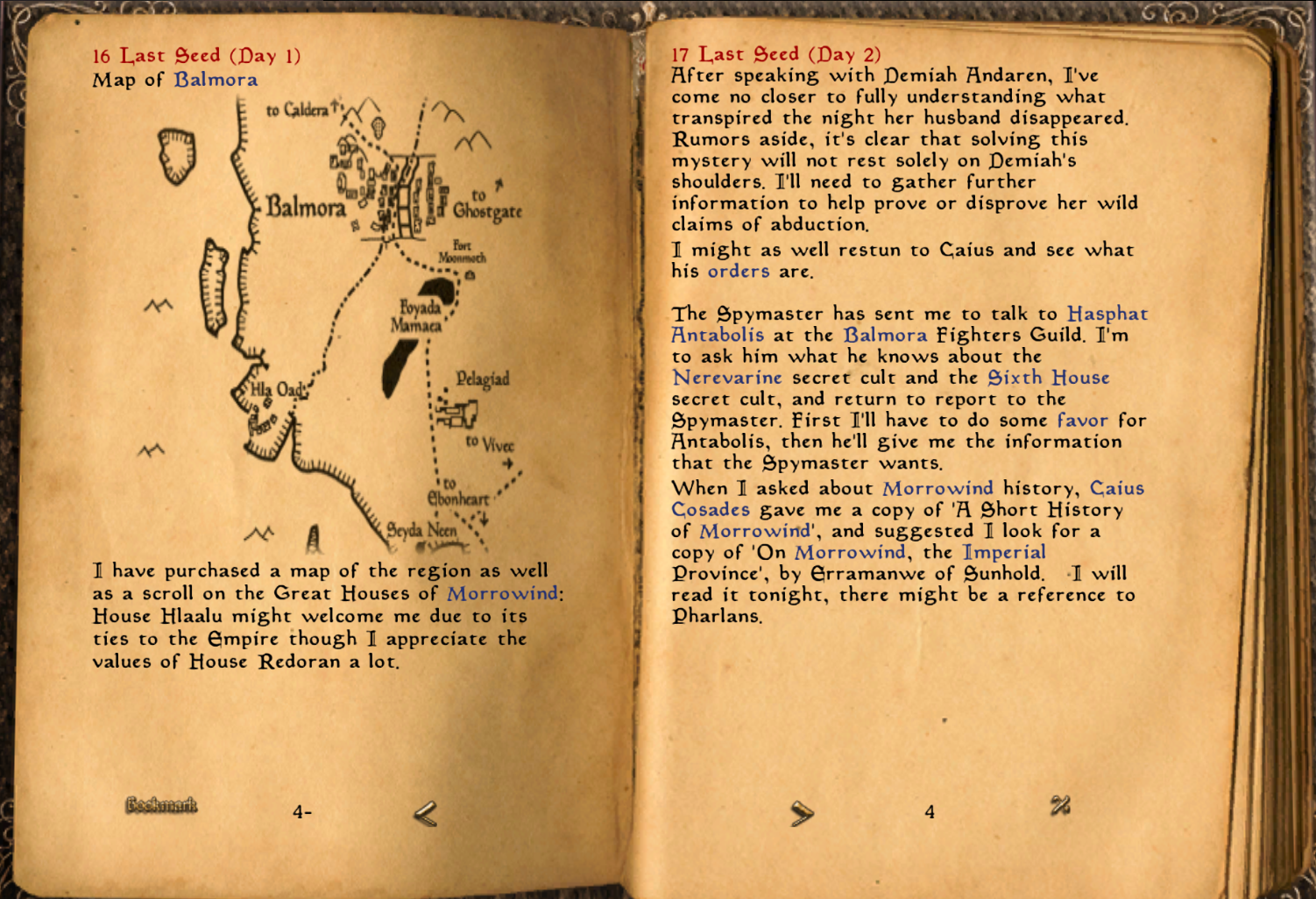 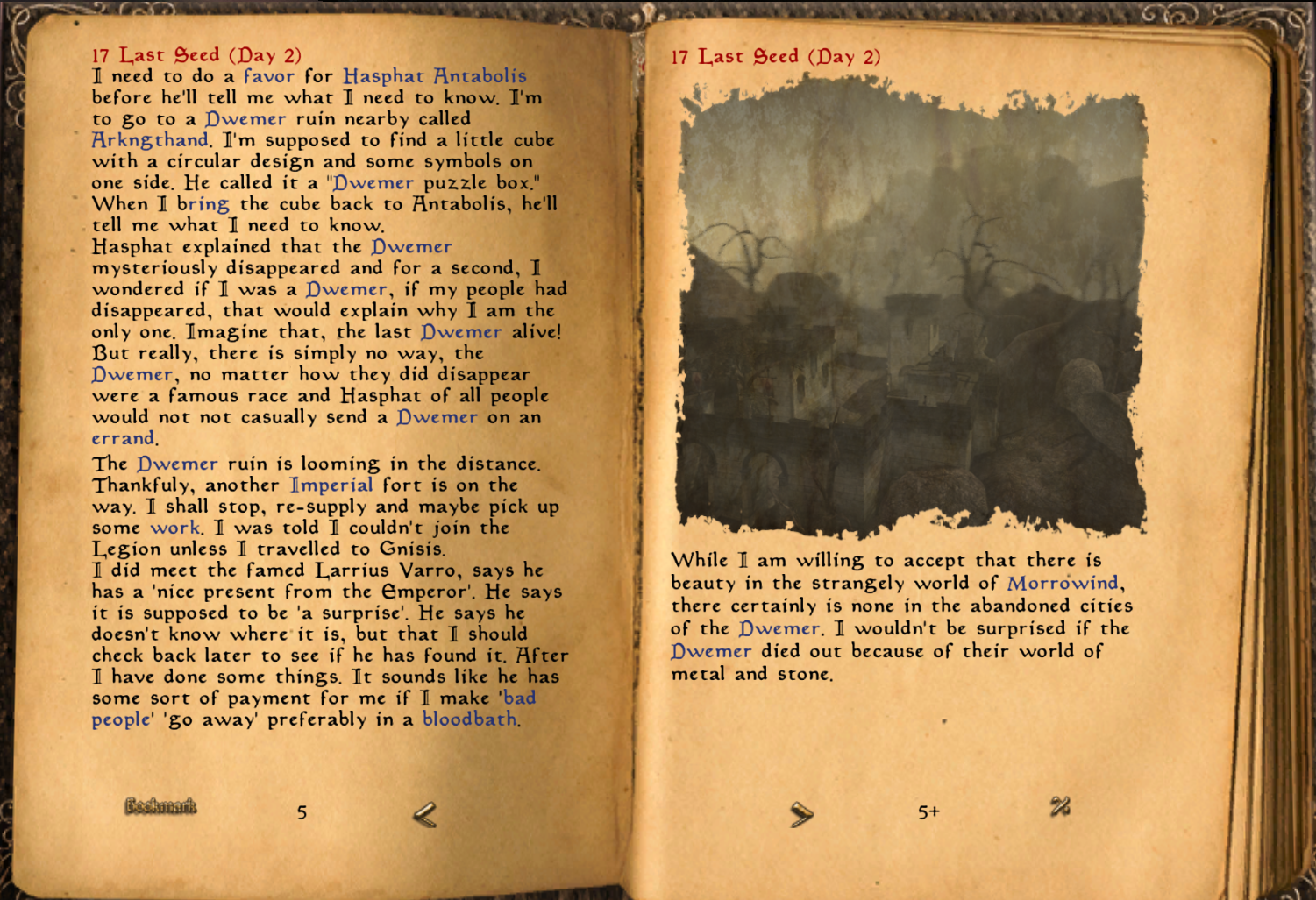 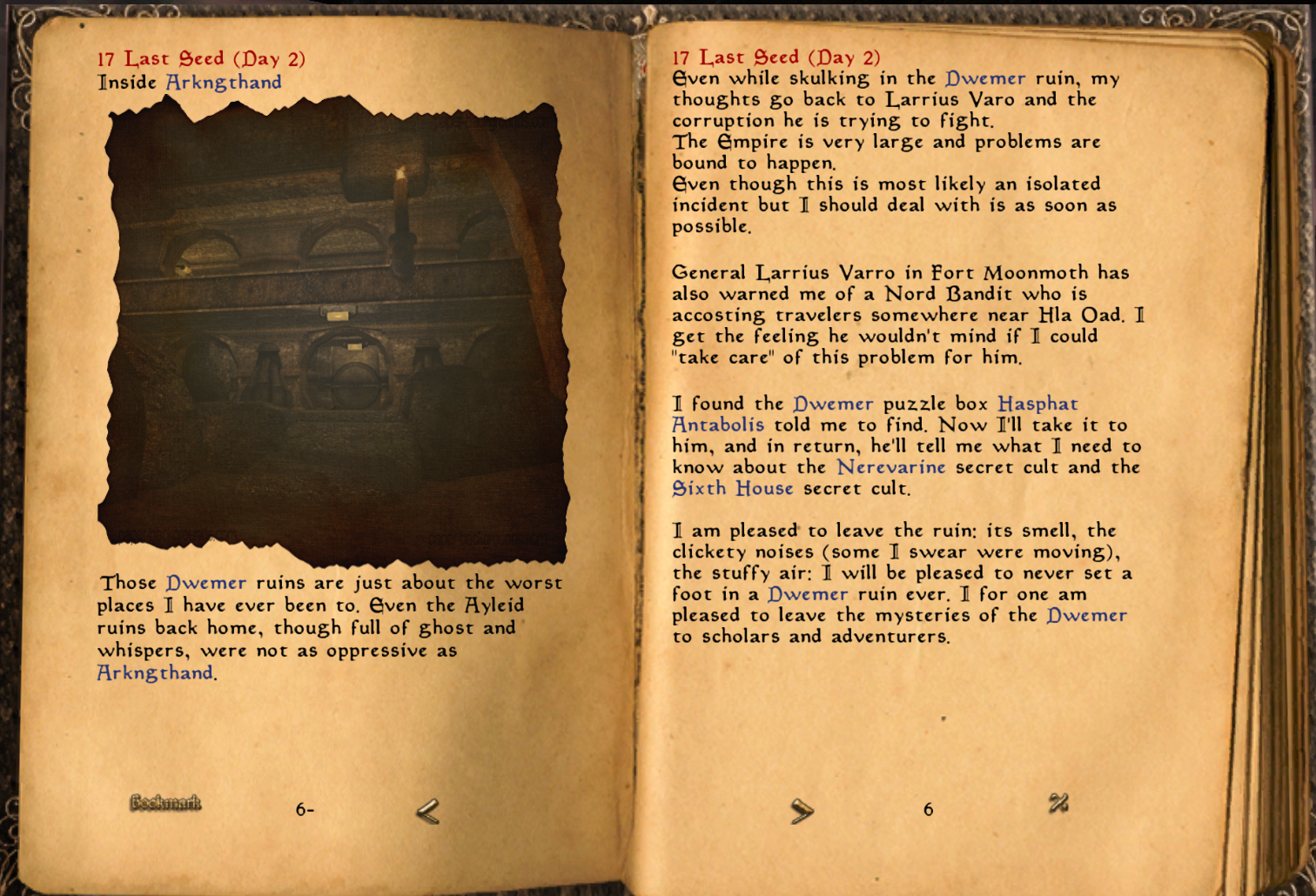 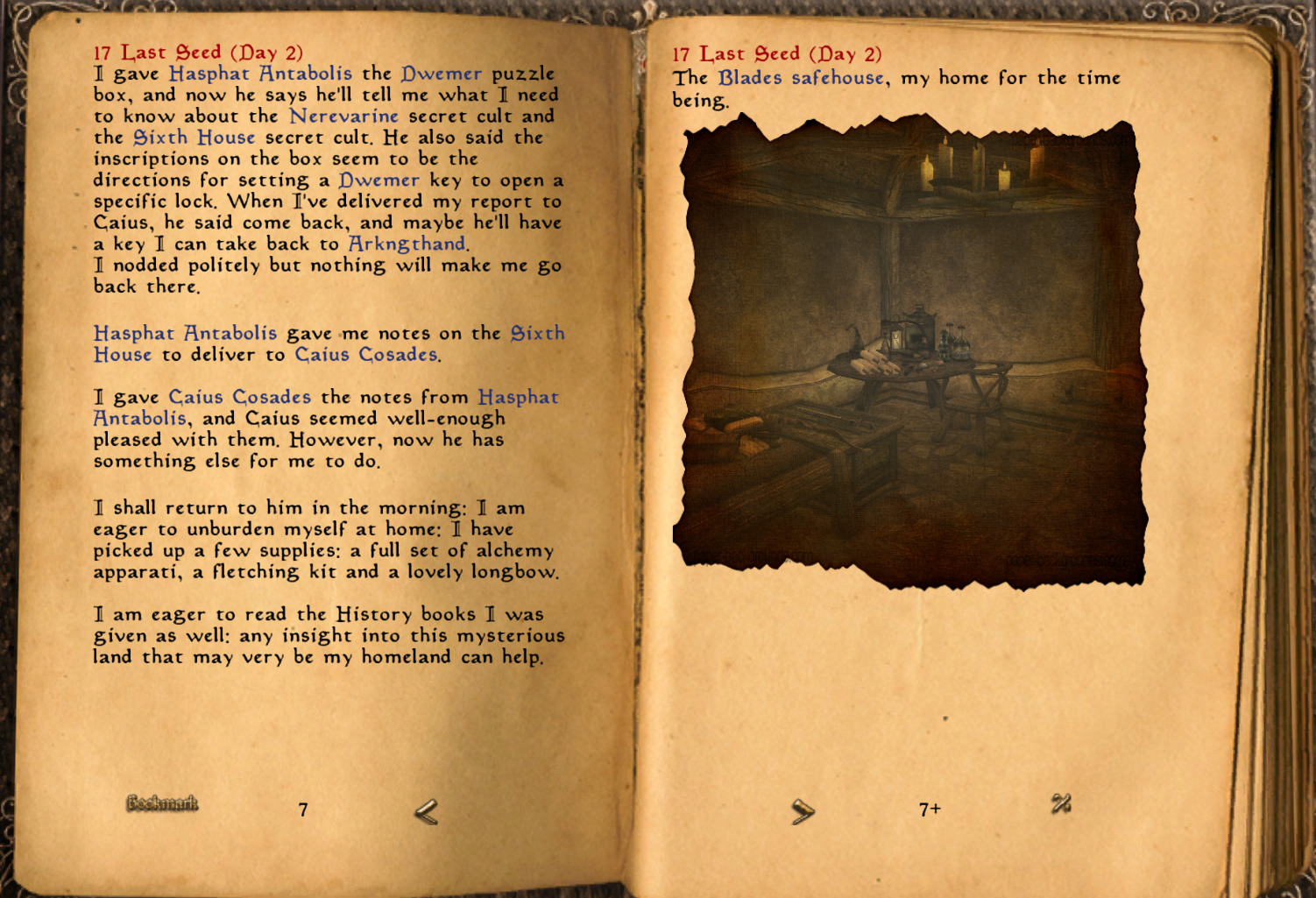 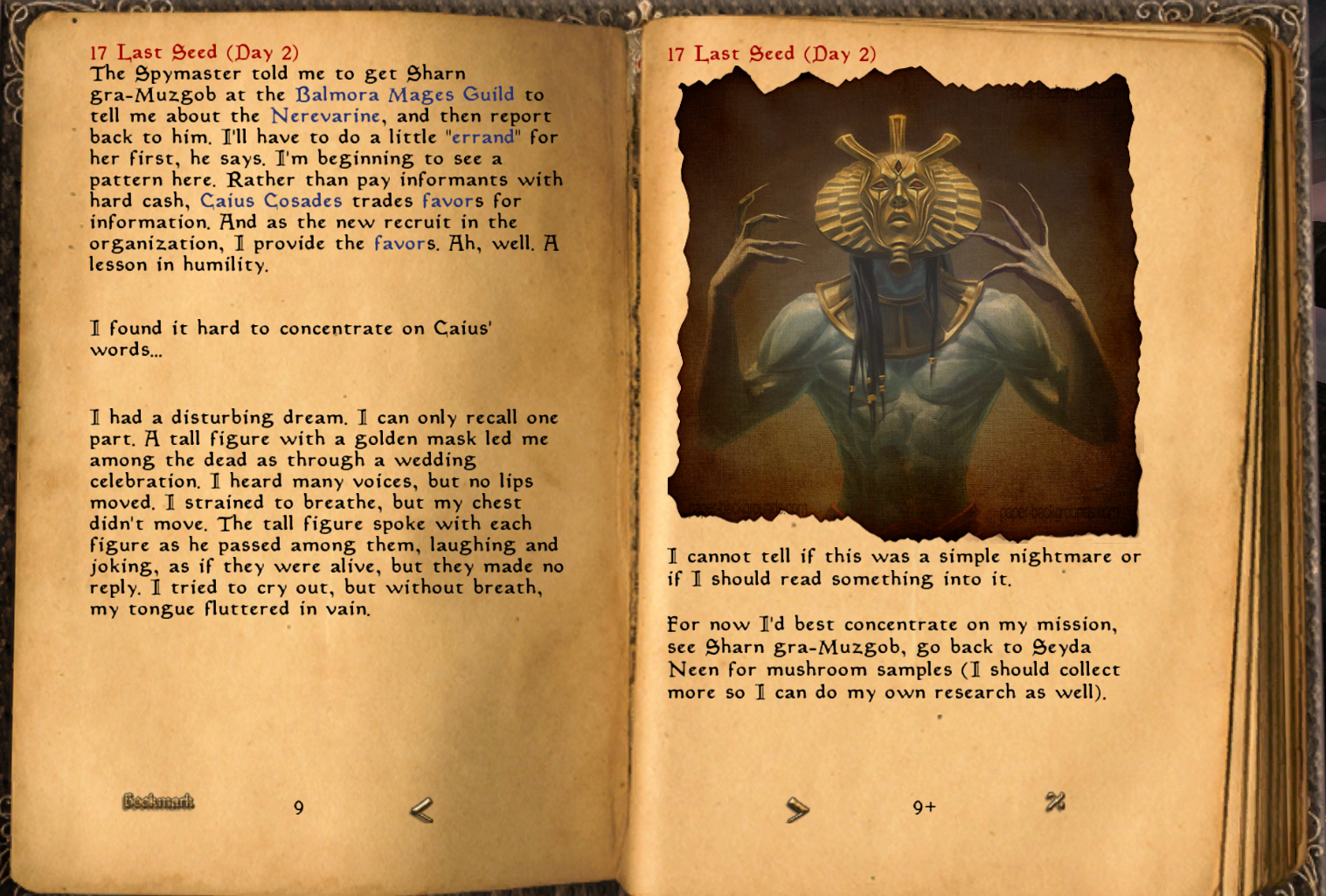 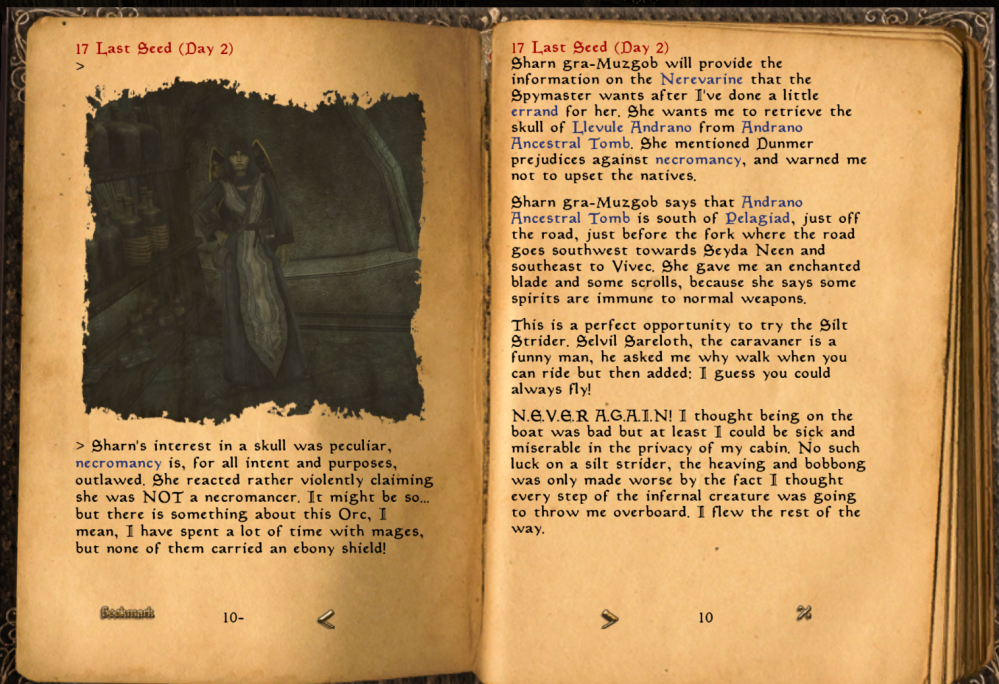 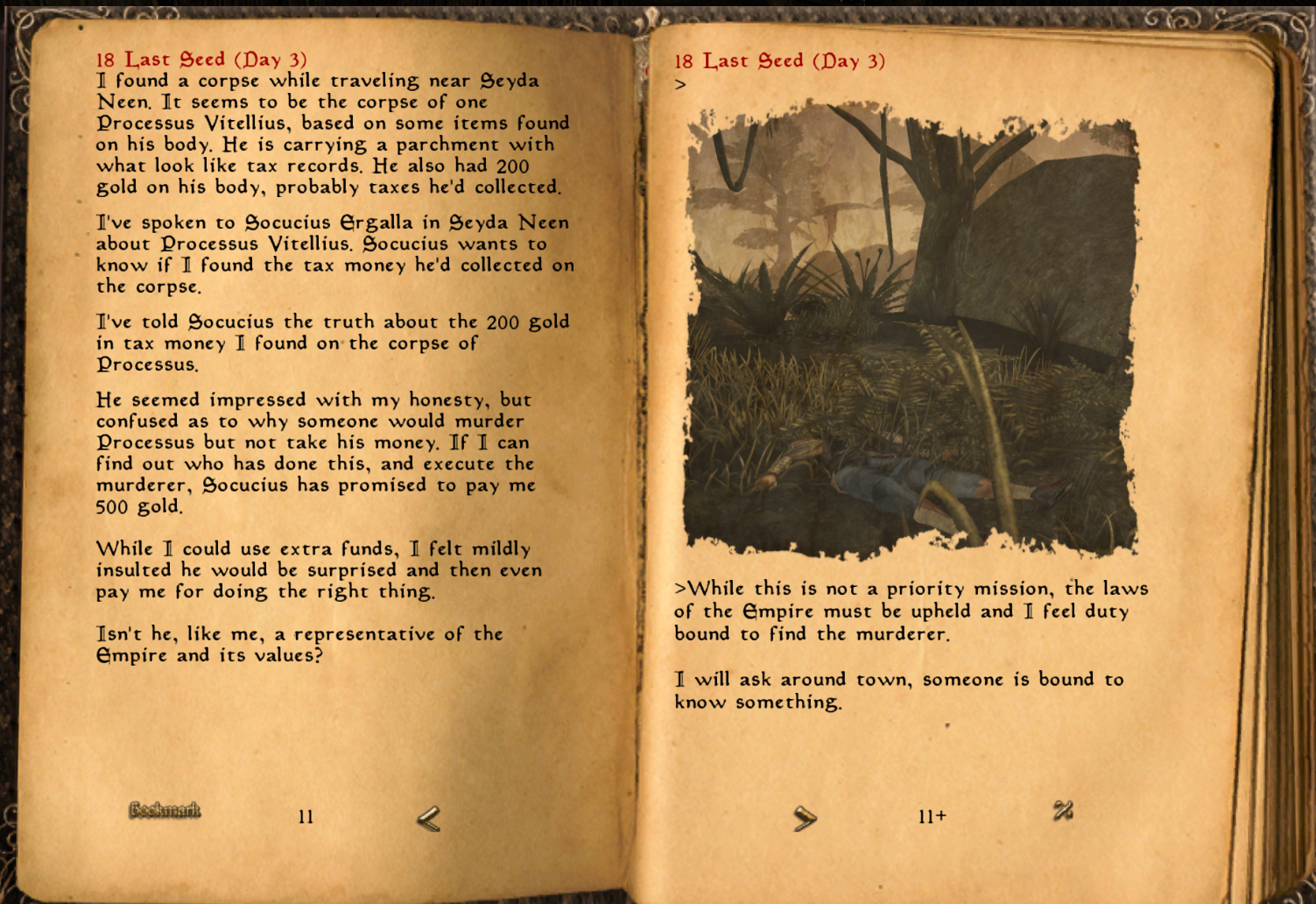 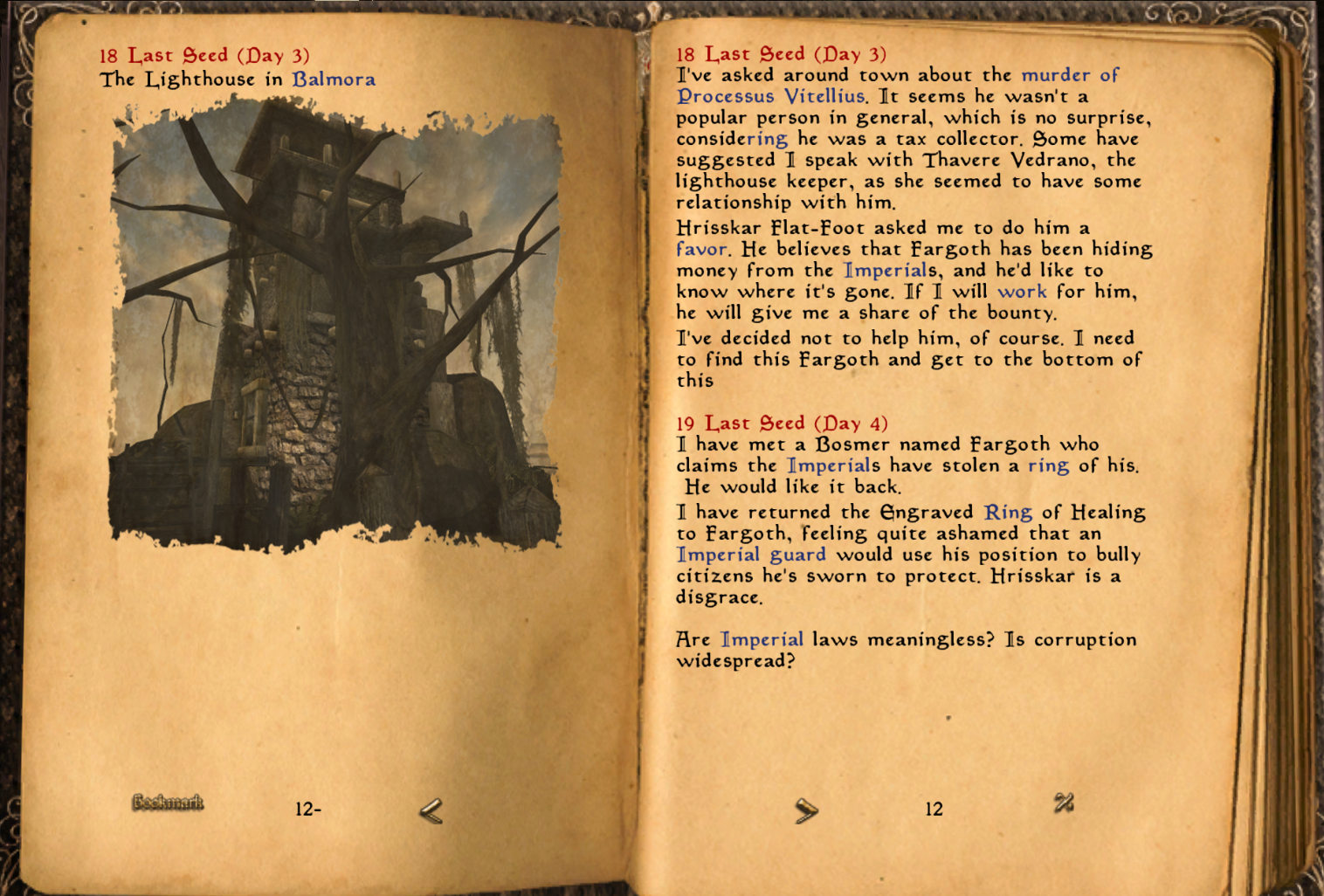 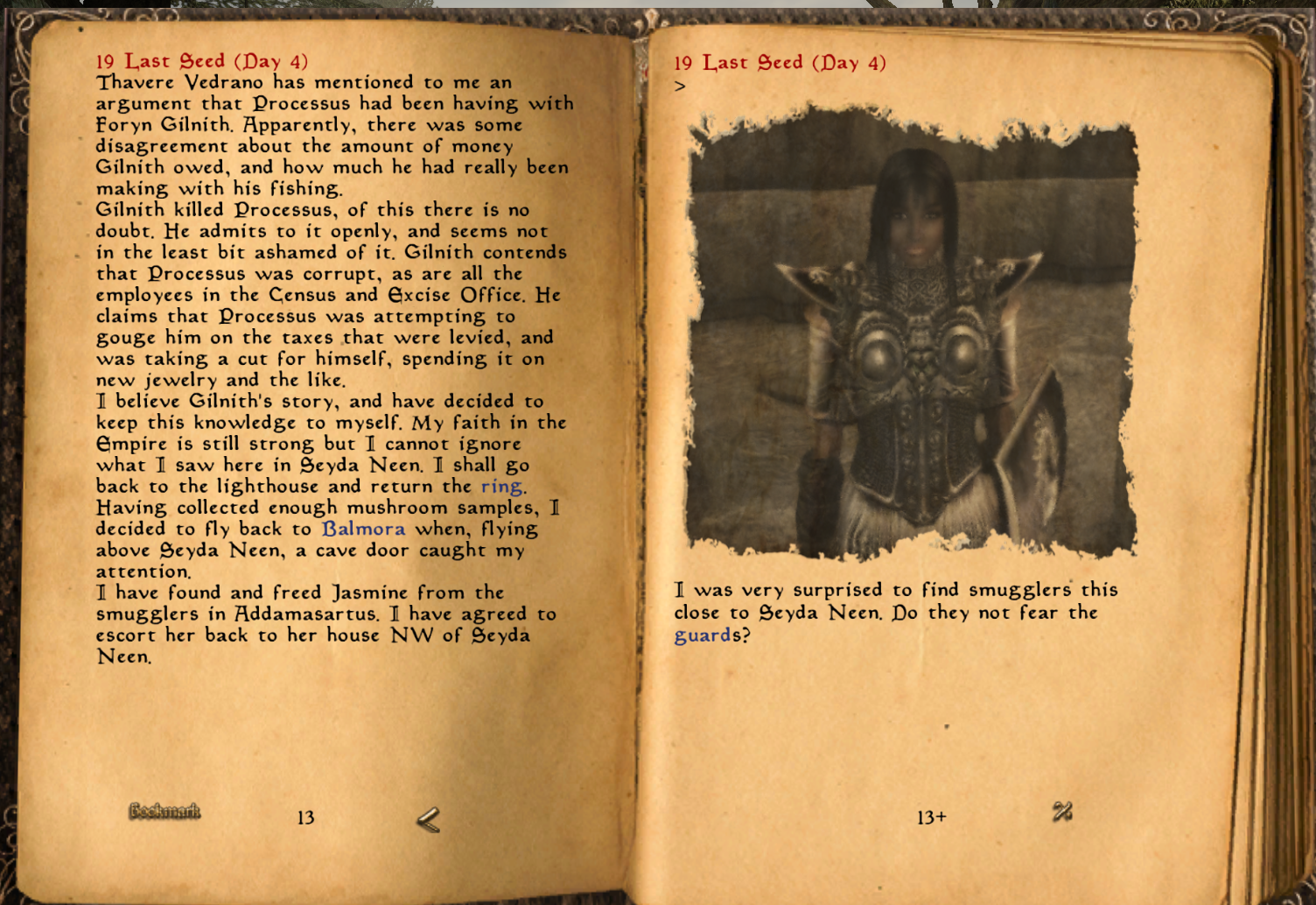 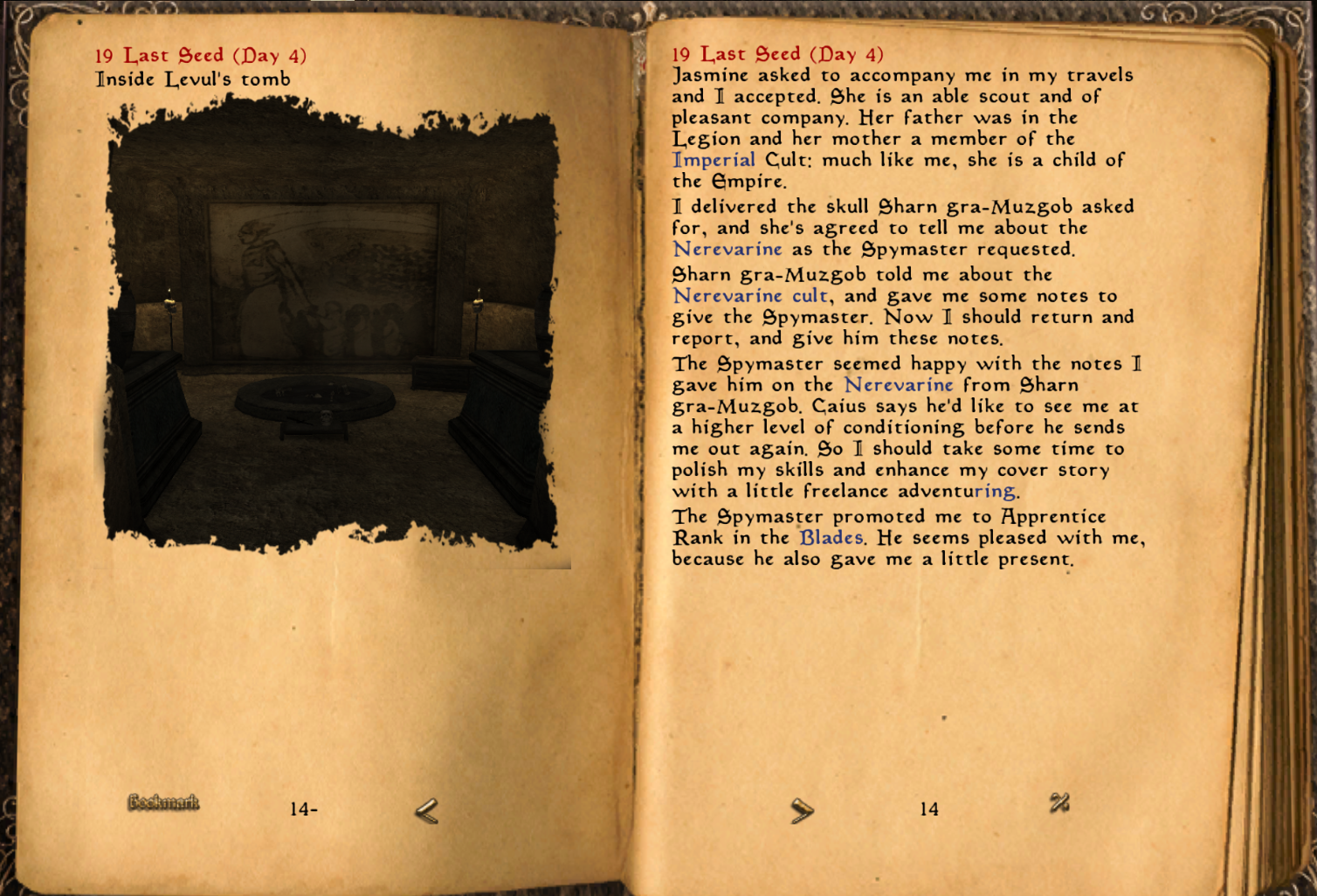 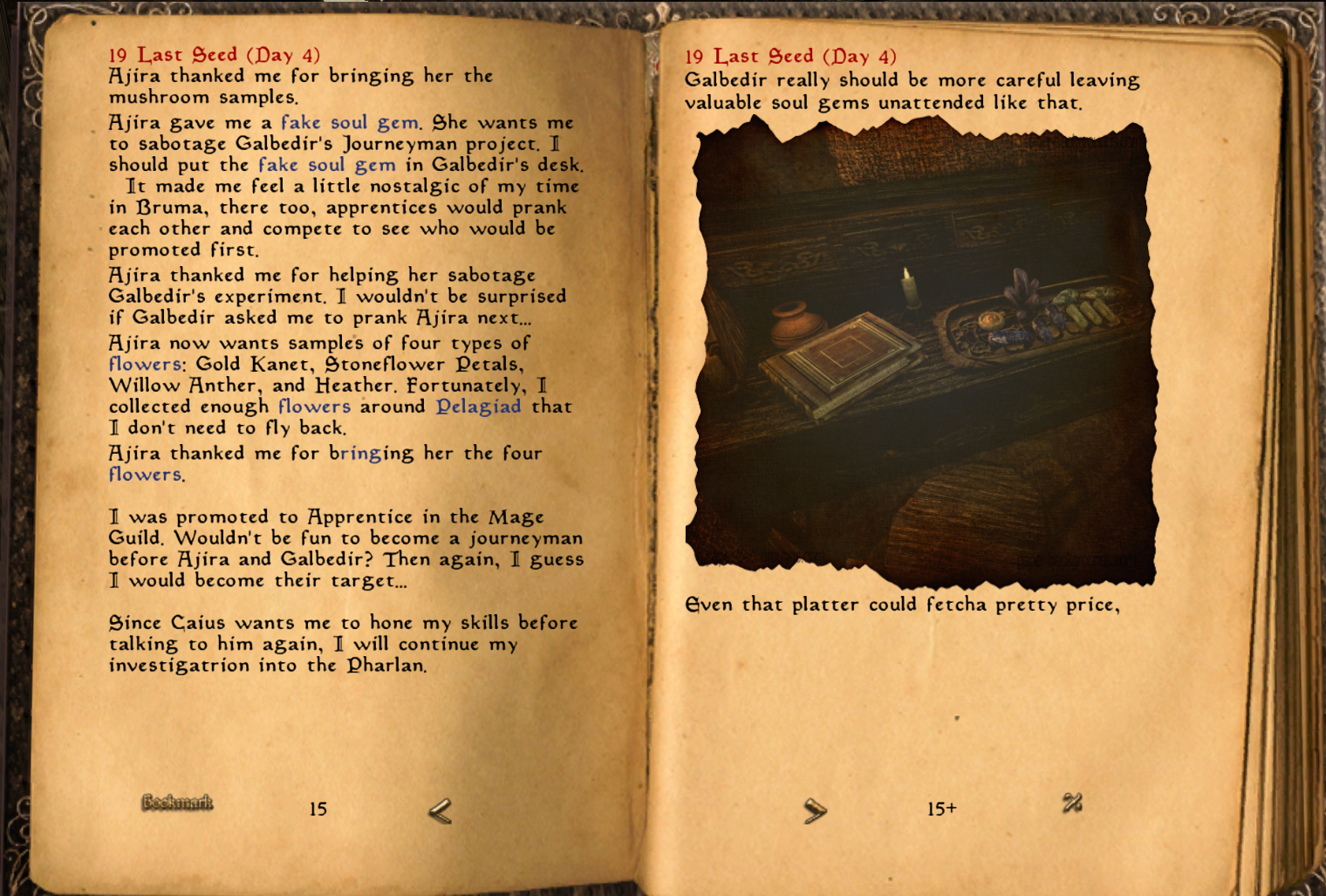 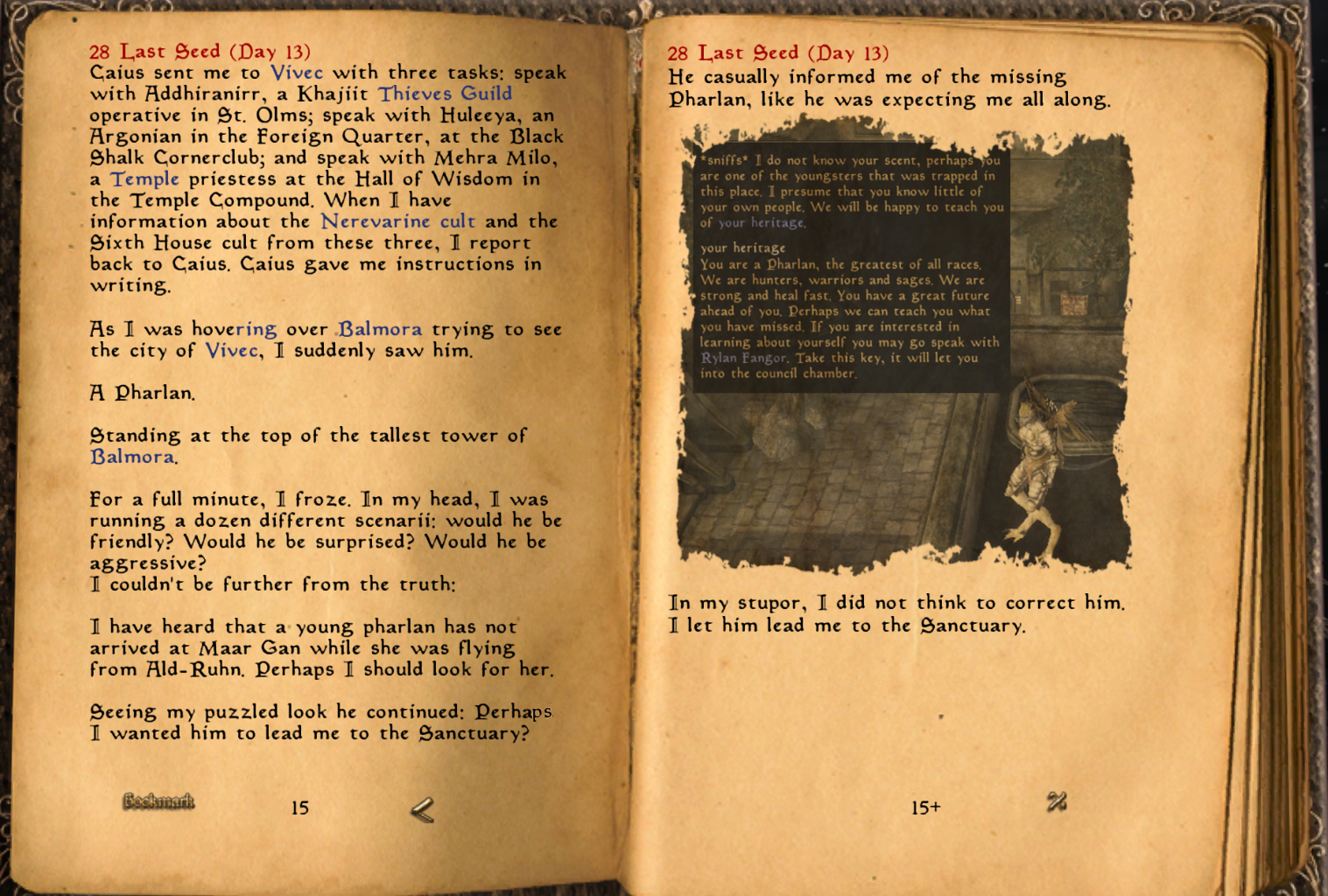 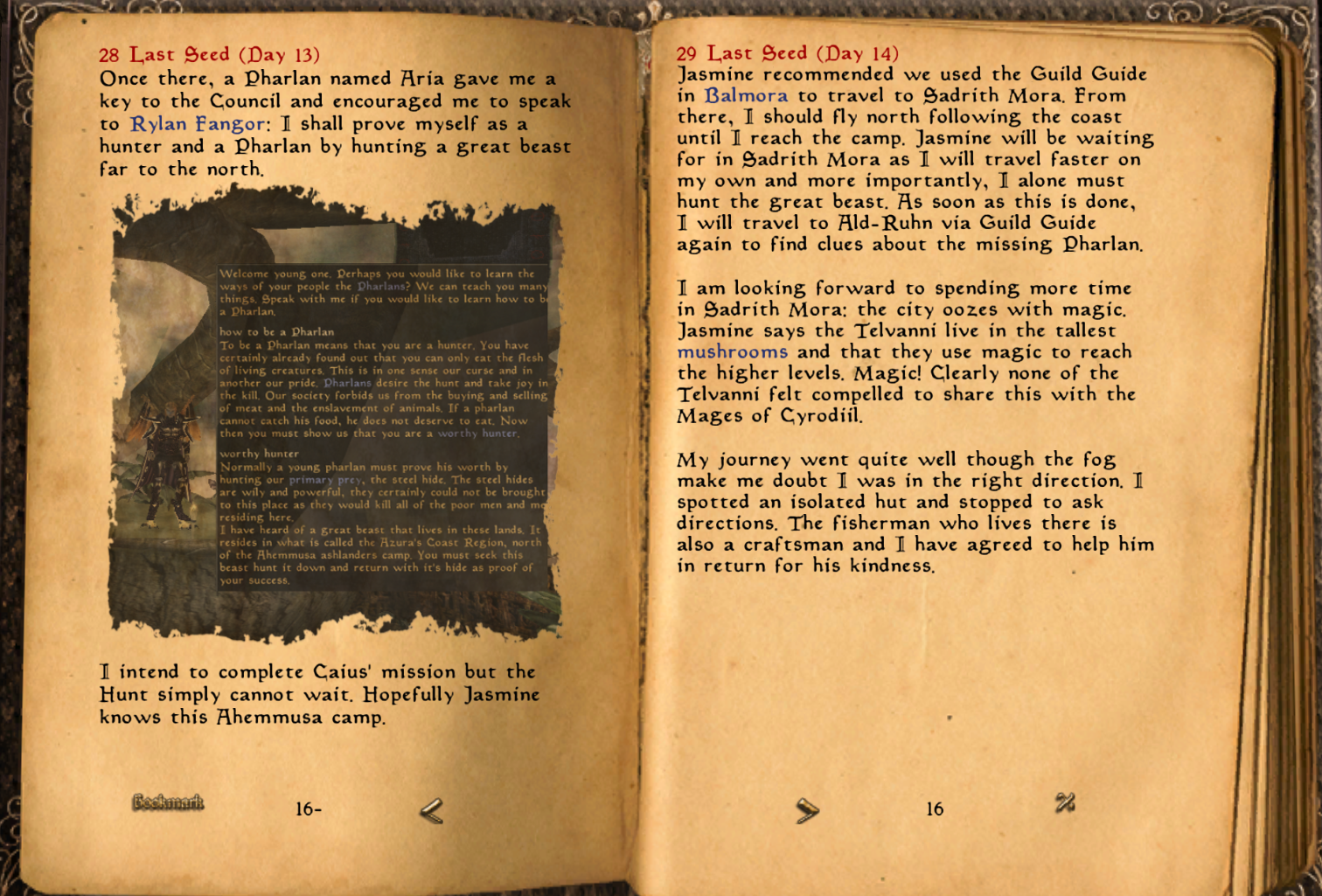 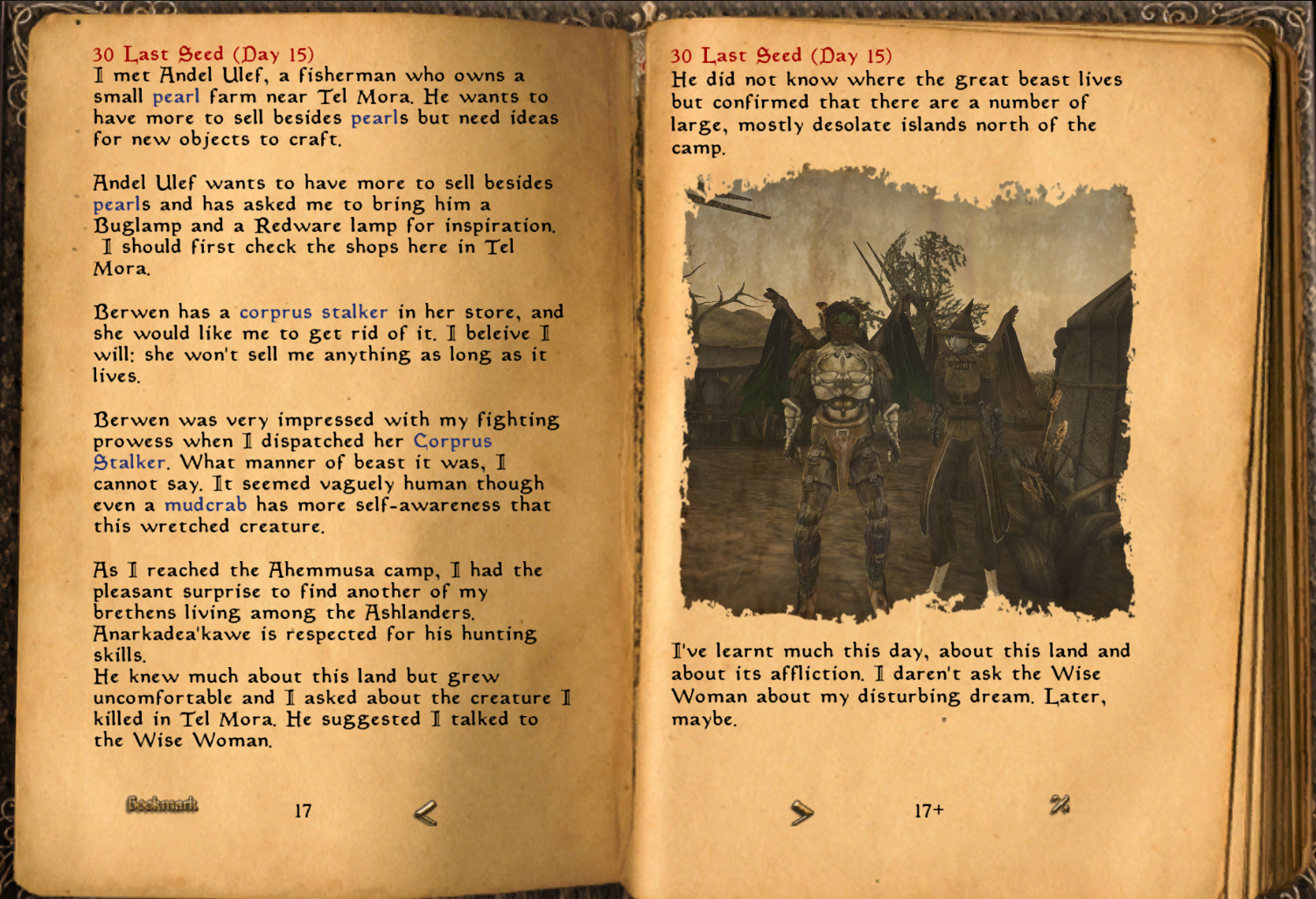 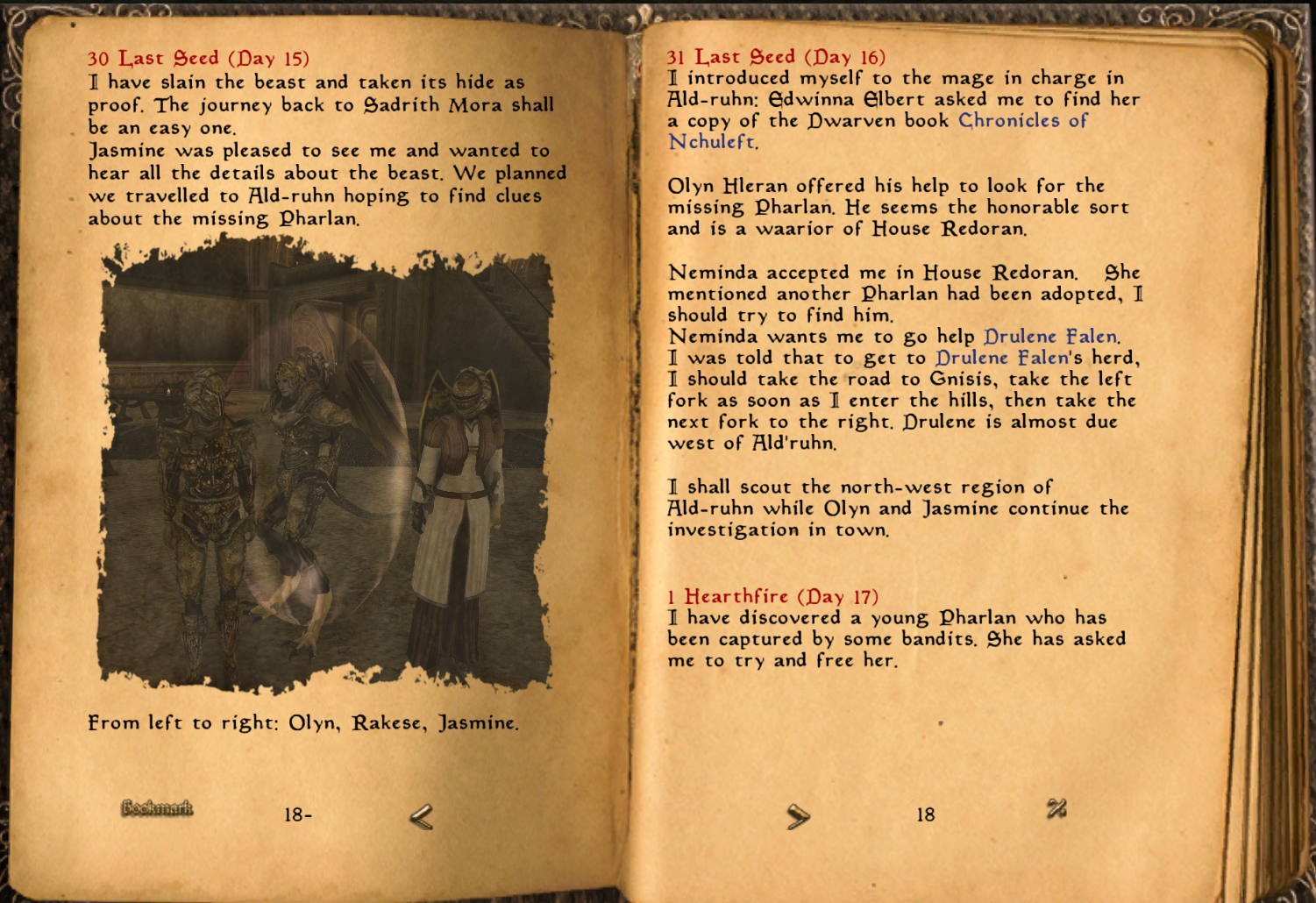 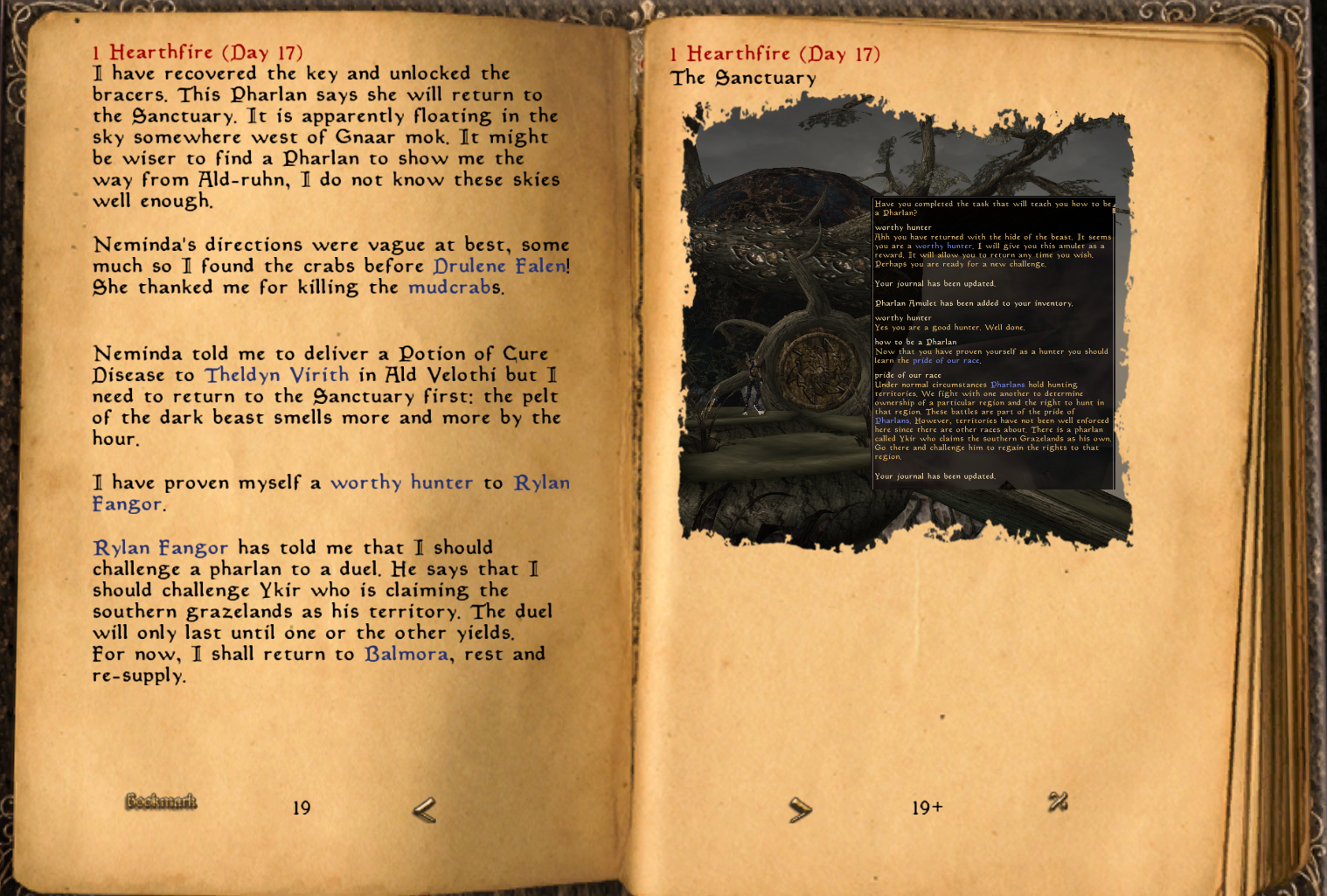 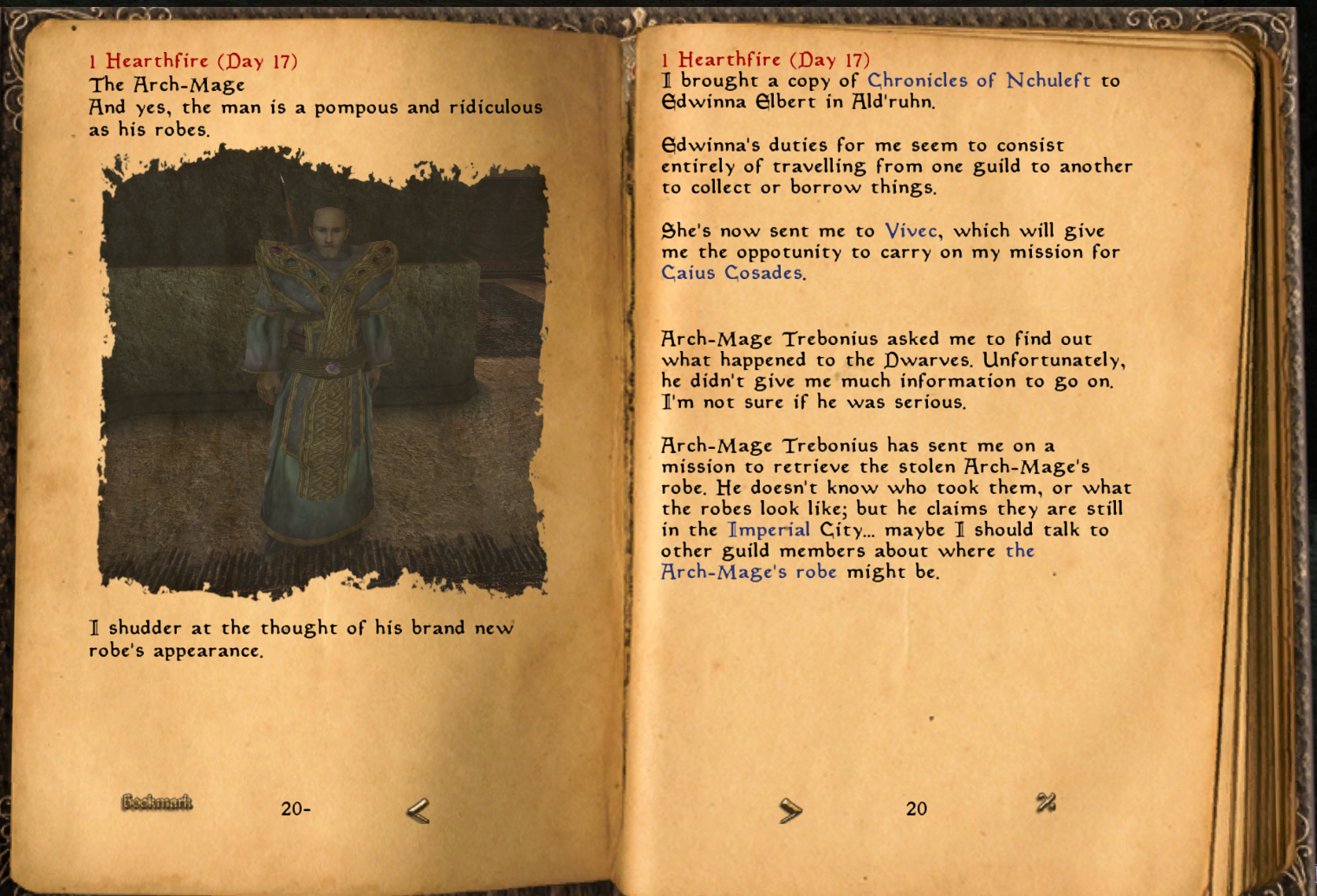 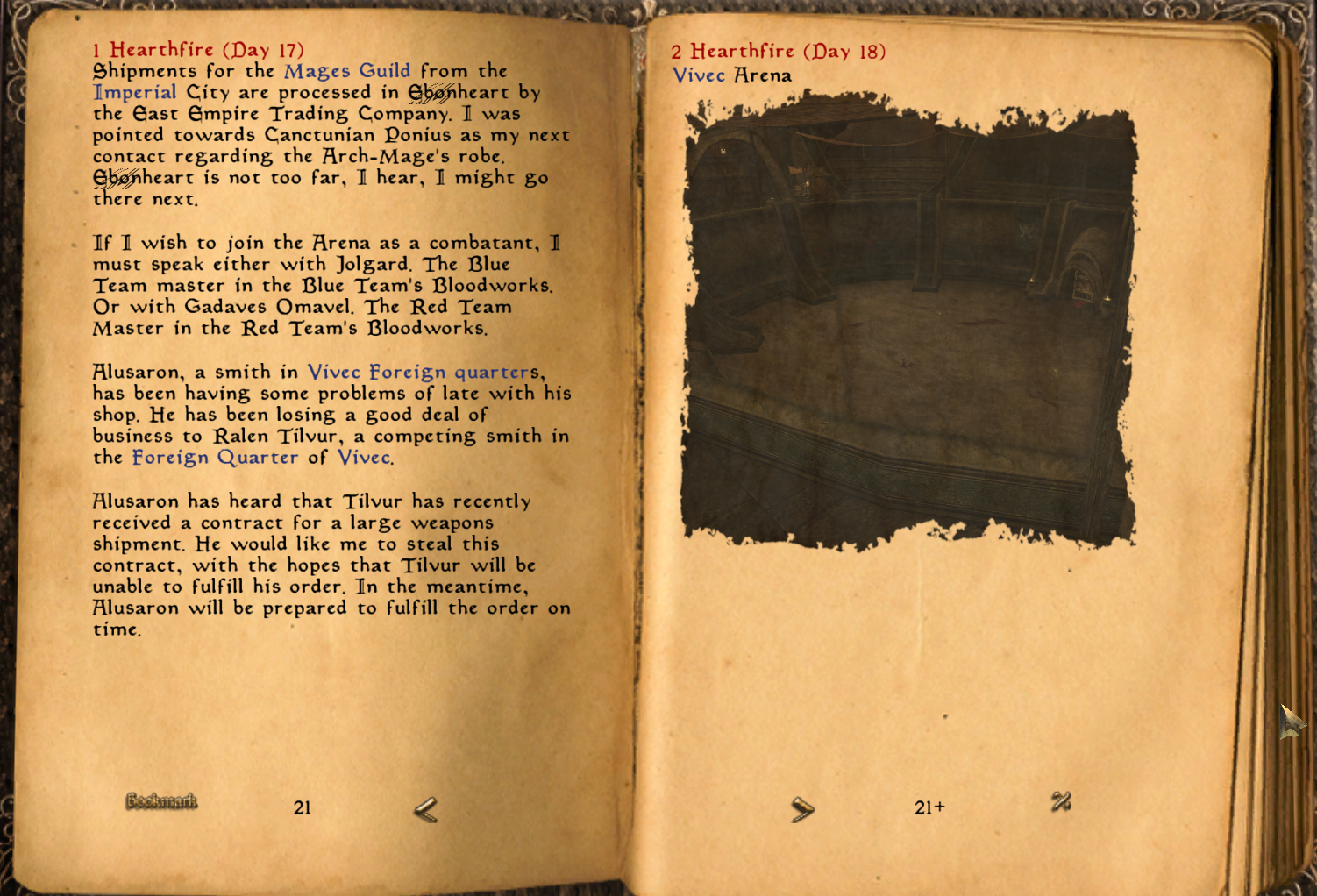 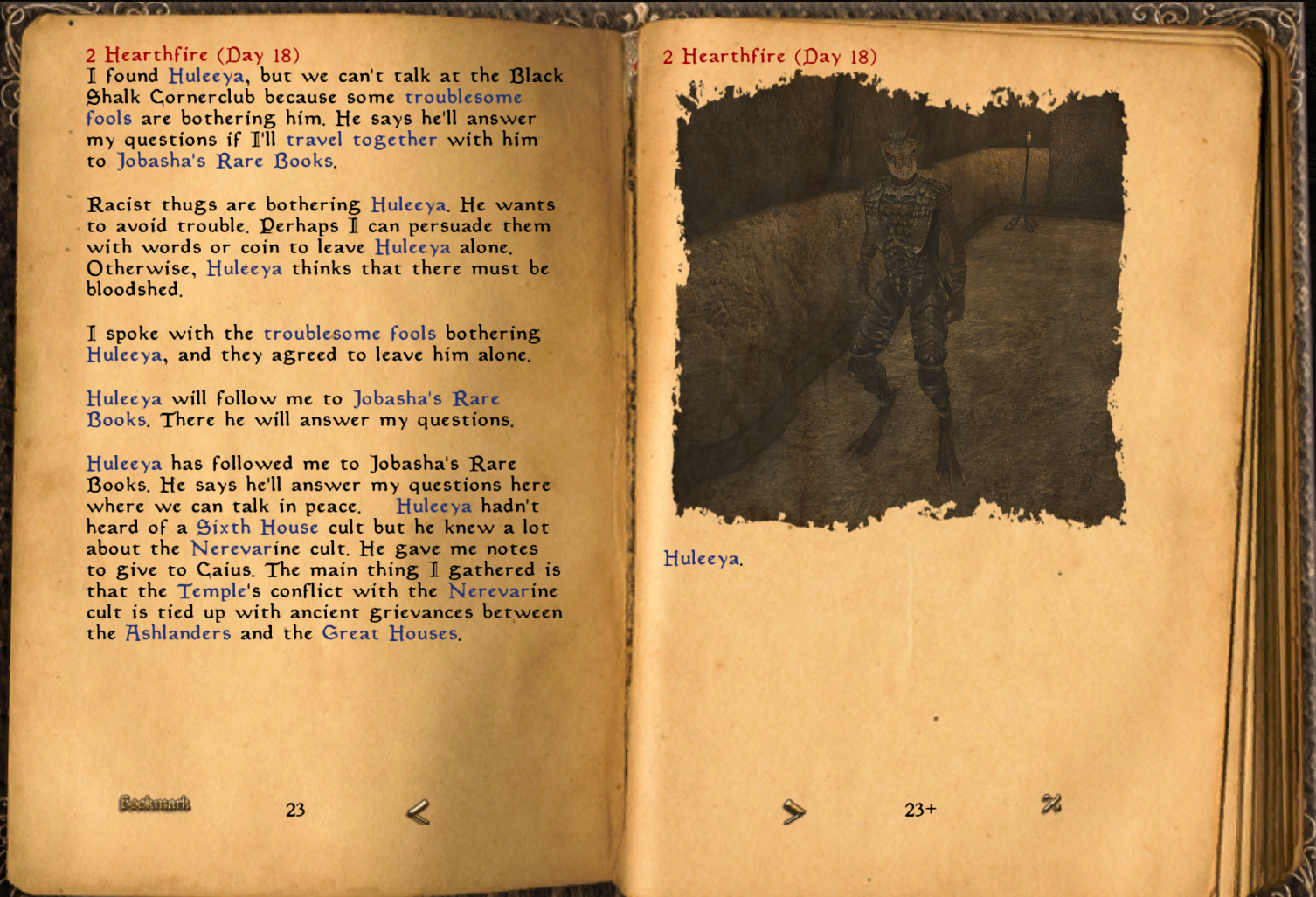 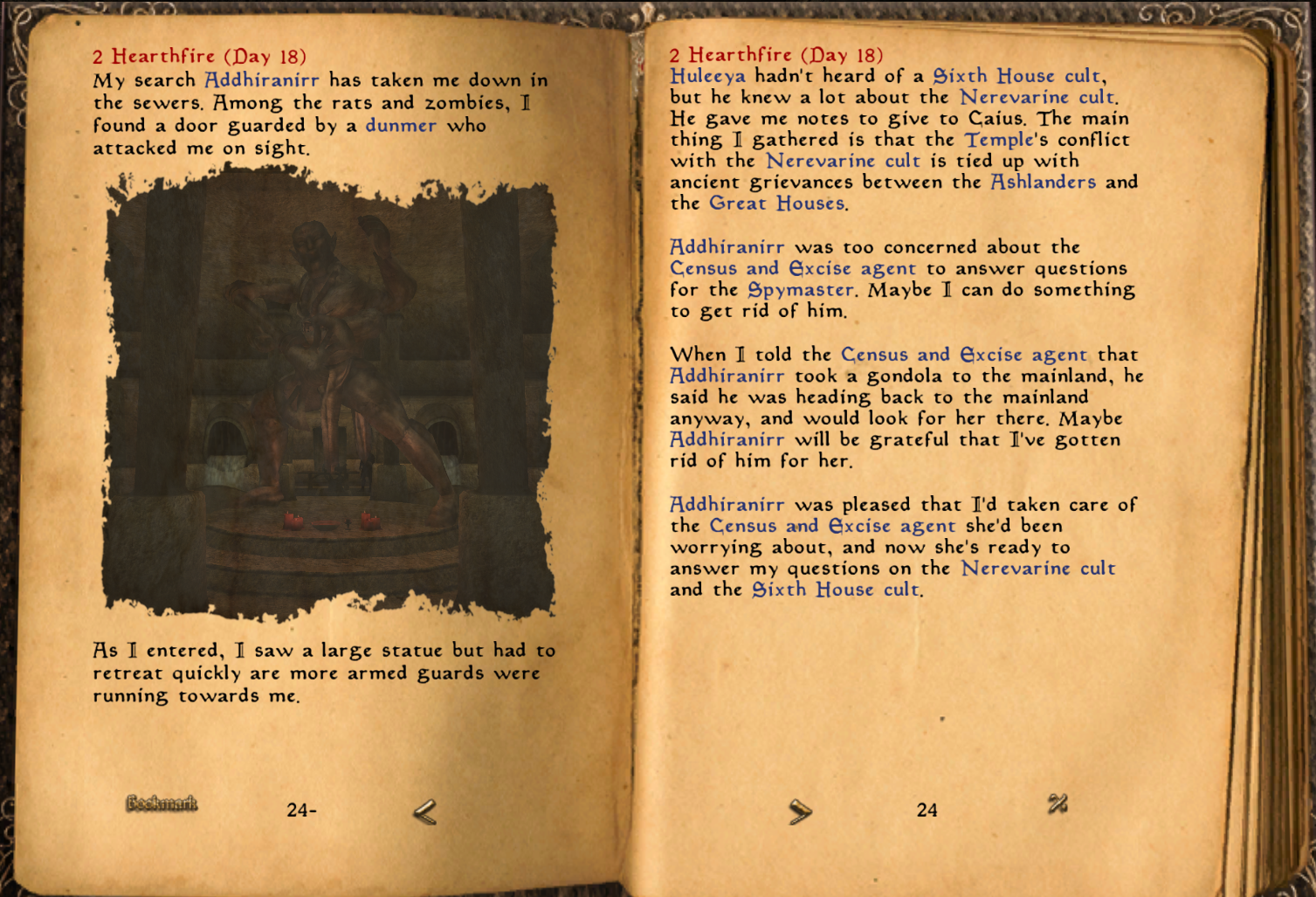 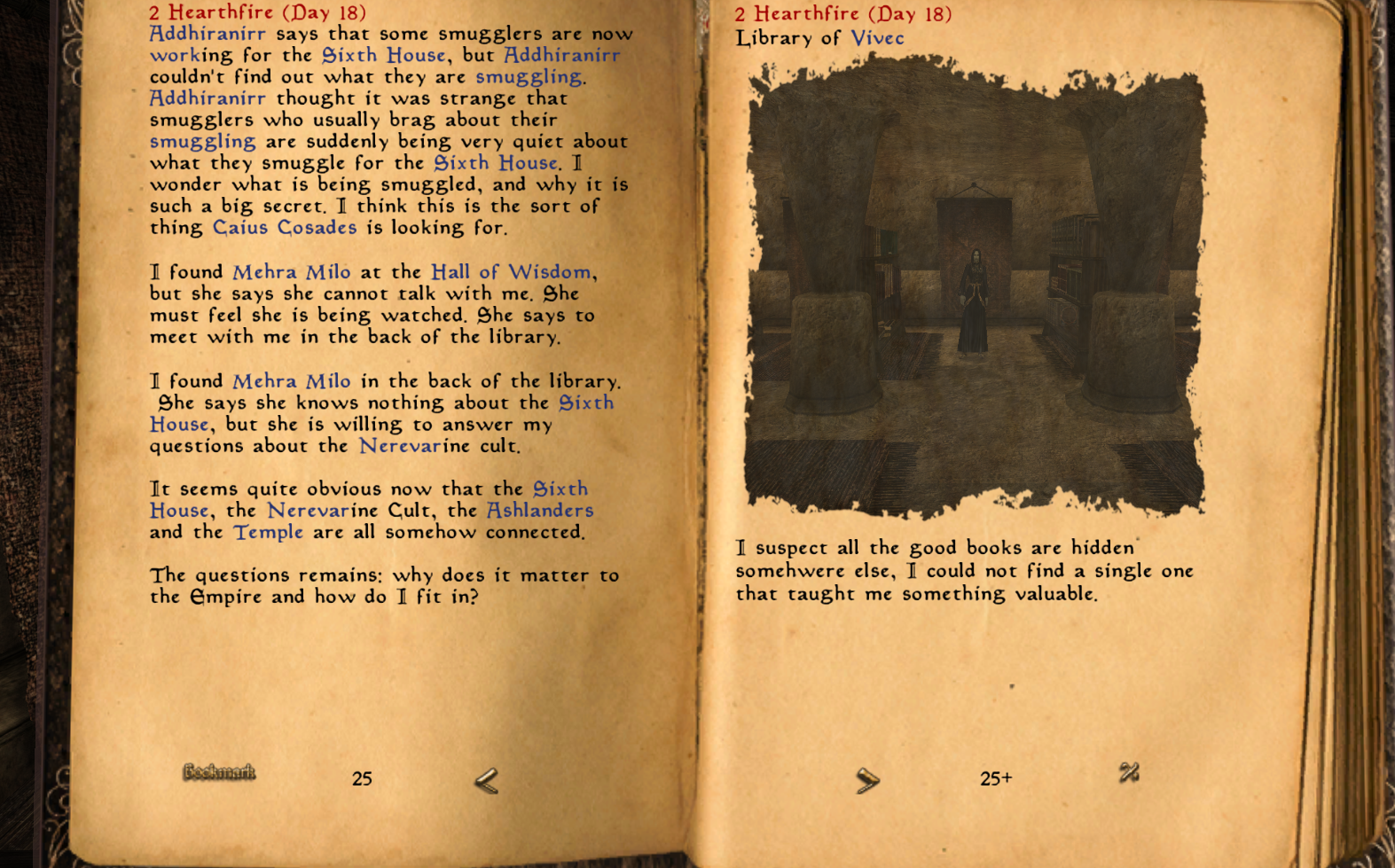 BigMod2 is a massive (and old) overhaul that modifies races and birthsign
I decided to keep the original clothes and armour (yeah, that's right, not better bodies this time around) but installed the excellent Vanilla style body replacer.
For hair and face, I went back to Westly's with his pluginless replacer as well as Original Faces (warning, some npcs just just too good or too young)

I installed a few minor town modifications, just to keep things fresh and went heavy with the dungeons. See the modlist.

Two major mods there: Order of the Phoenix that I have never played, mostly because I was unsure about the balance, npcs were clad in glass armour and using fancy faces (Ren's I think) that I do like but stand out too much.
The Way of the Talon: a large quest mod as well as race mod that I had always wanted to play but never got round to.
There's a few more of course, check the modlist.

BigMod2 added many creatures variants to the game, creatures now vary in size and abilities but not in looks.
Giants, because this modlist was not going to be very balanced or lore-friendly anyway
Morrowind Advanced, because the more the merrier!

Nice and easy, I went with improved vanilla textures for everything with 2 notable execptions: weapons and creatures come from the Symphony.
The Symphony is a major replacer that looks amazing but is sometimes over the top and will make you PC cry if it's not a war machine.

There are 200+ mods so I've only mentioned a few obviously