Time to revisit and update the Agent guide I did almost 2 years ago, adding new mods that work great with the Agent as well as some RP suggestions. Enjoy!

Previously, I recommended a Khajiit if you wanted to rely on quick-paced combat rather than use guile and deceit.
For this RP challenge, let's go with the Female Thalmor Agent. She will make use of illusion and conjuration better than most races and have decent (40) agility, personality and speed, the three most important attributes for an Agent.

As for birthsigns, The Lady is great (admittedly one of the best birthsigns regardless of class) with a nice boost to Personality. Keep in mind that the 10 points of Endurance doesn’t go towards your starting health. The Lover is a good choice as well, especially since we are playing as a female, The Lover's Kiss is just the thing for a lady-spy.

The face replacer of you choice:

The Dominion, still reeling from their defeat at the hand of Tiber Septim, is not yet ready to take on the Empire but is scheming, nonetheless. They need to know what is happening in Morrowind: anything that might weaken the Empire is good for the Dominion. People of interest are Blades, of course (Blades will later on be systematically hunted down), as well as high ranking Imperial Guild leaders.

Be a Thalmor Agent, just before the rise of the Third Dominion and the Thalmor rule!

Your goal is to join the following factions, learn as much as possible while trying to get the least favourable outcome for the faction but more importantly for the Empire..

Don't get caught, or worse, expelled

A good Agent is one that doesn't get caught. To make this an actual challenge (we all know how dumb guards can be) either go for insta-arrest by King Feraligatr where guards will force-greet you as soon as you approach them while you have a bounty, or for a greater challenge, try Sveng's Pursuit Revisited where guards will actually come from nearby cells as soon as someone reports your crime. Warning, this mods is quite a challenge as npcs/enemies will follow you through doors! Oh, it also lets you lock doors with lockpicks...

Charm, Chameleon, Sanctuary, and Paralyze are great in the Agent's arsenal. Hurling fireballs… not so much :)

The Agent dabbles into Conjuration: stick to the Summon Dagger spell: the ultimate concealed weapon is the one you are not carrying! The ability to command npcs might come in handy as well... to get they away from praying eyes.

... unless they are your slave. To have them in chains and following you, use Live Free. 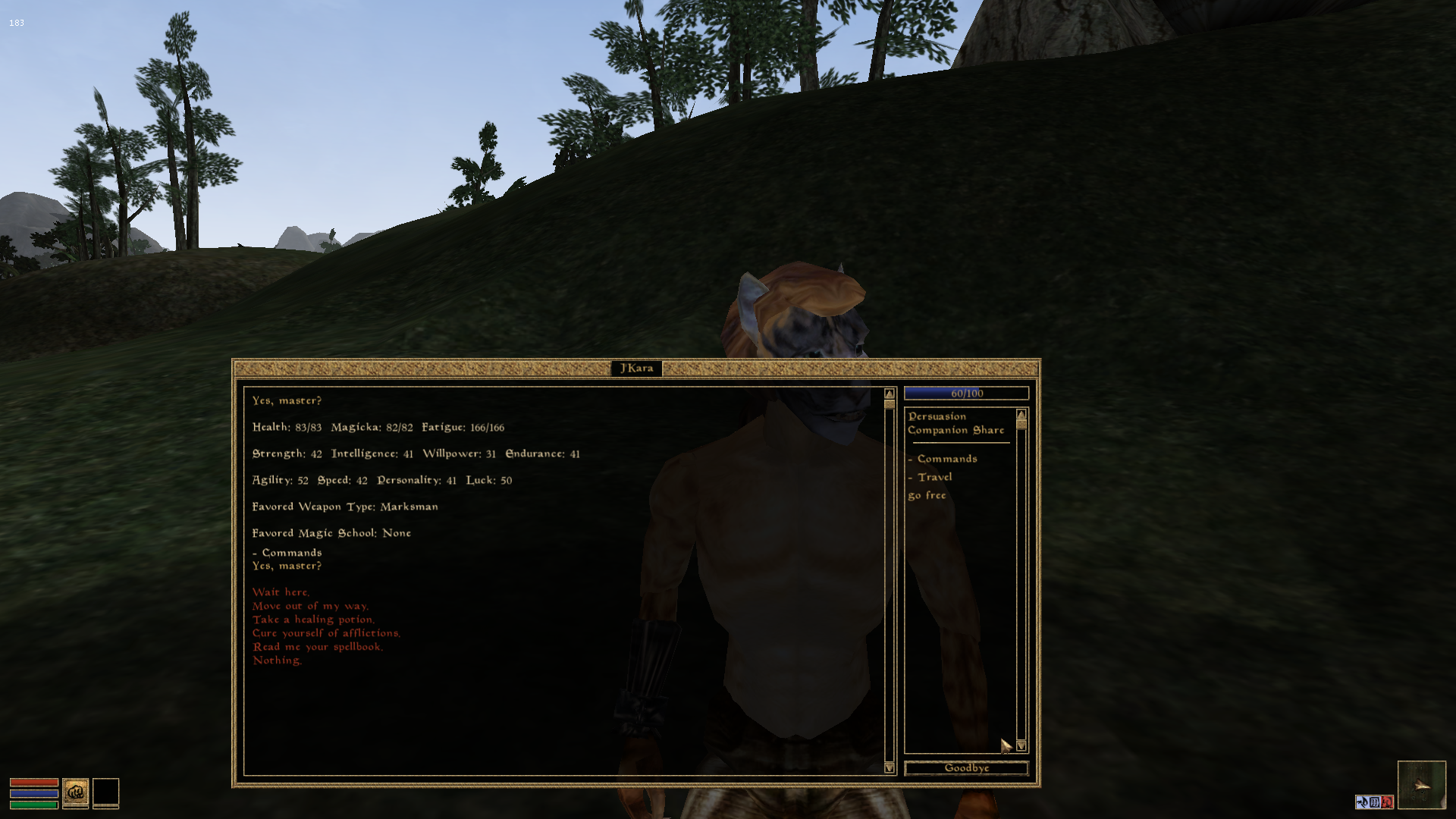 You do NOT wear peasants' garbs, you do NOT sleep rough, and you do not toil over your armour to repair it, etc.