While the mod is still being developed, it already shows great promises. Quality companion mods are too rare to pass up. Julan has been a major inspiration for Orion, the quality of this one is on par. Arvesa is fully playable right, now, and you can expect more quests soon.

To use a body replacer or not to use a body replacer, that is the question... that will forever divide the community. If like me, you cannot stand the segmented vanilla body but want something that fits in your game better than say, Better Bodies, you might want to give this mod a shot.

Runner up: River Rock Falls by TheWanderer and Denina

I realise house mods are not the most popular but this one stands out: the exterior is extremely pretty and the interior is perfect for organised pack rats.

The Garden is lovely: it has a definite Cyrodiil feel to it with its vibrant colours and cows. I imagine whoever commissioned the garden paid a pretty septims to have the flowers and cows imported :D I also love that the house is in a cell of its own, so there will be no conflict with other mods.

The interior is sober but pretty, leaving ample space to display and store just about anything in the game. Denina's use of modders resources is always tasteful. You will find all the amenities you'd expect of a house: kitchen, library, display area, bedroom, etc.

Izi has given us a number of city overhauls, some of them actually inspired RandomPal to make Beautiful Cities of Morrowind.

This version of Ald'ruhn is very vanilla friendly and the additions are very atmospherical. It includes a (reasonable) amount of lanterns, a few decorations, some street vendors, a whole manor for the player, and under-skar improvements.

The manor is also a standalone mod if you prefer that.

Another take on Skar, this one with more lanterns, banners, a few new platforms, and extra planters.

The 2 mods above will conflict with each other since they both change under-skar. Vegetto's Skar-face should be compatible with Nwahs' mods because it uses their mesh for under-skar but conflict with Izi's.

This one will not appeal to everyone: first of all, you need better bodies and secondly, it adds "naked" clothing and sexy tats.

That being said, the mod is well-done, the tattoos are lore-friendly and it adds something to the game that we couldn't have otherwise.

Previously, the only way to get tattoos on your character was to replace the body of the whole race, meaning every other npc also had the tattoos.

This is very cool, especially with a bounty hunter character or just for anyone that likes collectibles! When you kill a creature or an NPC, you may press N to collect a trophy. Trophies are simple ingredients/body parts but they bear the name of their, hm, former owners. Note that you don't have to collect a trophy, the menu only pop-ups if you press N.

Once again, we dream it, Abot makes it. This nifty mod makes the world of Morrowind fairer and more dangerous: NPCs also have a Birthsign and may enjoy their perks and powers. Cherry on top, your companions can be assigned a birthsign too.

Runner up: Feedbag - Feed the Beasties and Earn Your Doolittle Doctorate by DuskWulk

I'm a sucker for pets. With this mod, you can pacify creatures by feeding them appropriate ingredients. It works very much like RedFurryDemon's Feed the Animals but you have more options to configure the experience and feeding animals helps you speechcraft mod.

Feedbag already recognises plants from OAAB, I can only hope it will expand to include TR ingredients as well as TR creatures

BillyFighter has given us large quests mods, all of them top quality. This is no different, well, it is on a different planet, mind you. This is a large expansion to Starwind by Ignatious that features quests, new locals, new races, new friends, new foes.

Side note, we played Billyfighter's previous quest mod Silent Island on stream with Billyfighter himself as a guide and Ignatious's interview is already available here.

Race mods are rare these days, completely new races, rarer still. This one looks good and I love that a lot of though has been given to the lore behind the race and its abilities. If you enjoy playing beast races but are tired of being called a tool by those racist Dunmers, this is the mod for you.

Huge thanks to all the modders who released mods this month (60+ mods, we rock!)

I am looking forward to seeing what November will bring <3

I am an avid Morrowinder and modder.. You can find my mods on the Morrowind Nexus, my modding articles on my blog, let’s plays, tutorials, and reviews on my YouTube and livestream on Twitch. 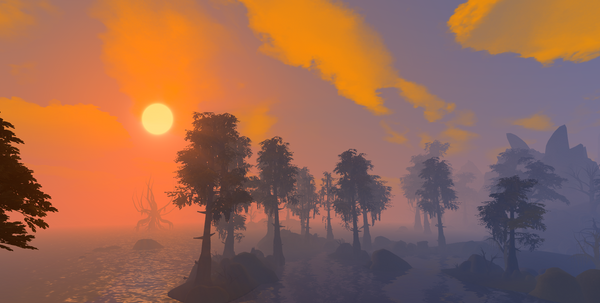 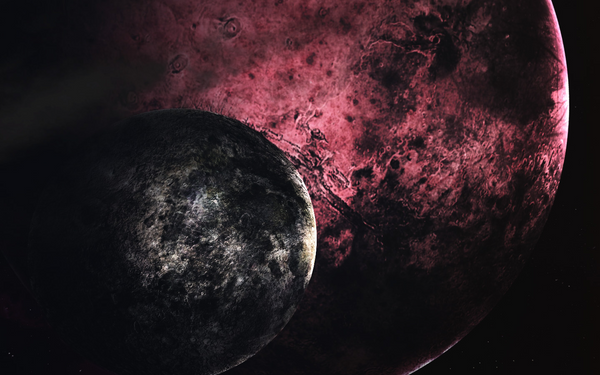