AxeMagister is mostly known for his 4NM mod series and generally groundbreaking Gameplay mods, but he's also contributed code to a few other mods such as MWSE Random NPCs, Guilds or Unidentified Items.

Let's get to know you a little: what's the story behind your nick and avatar? 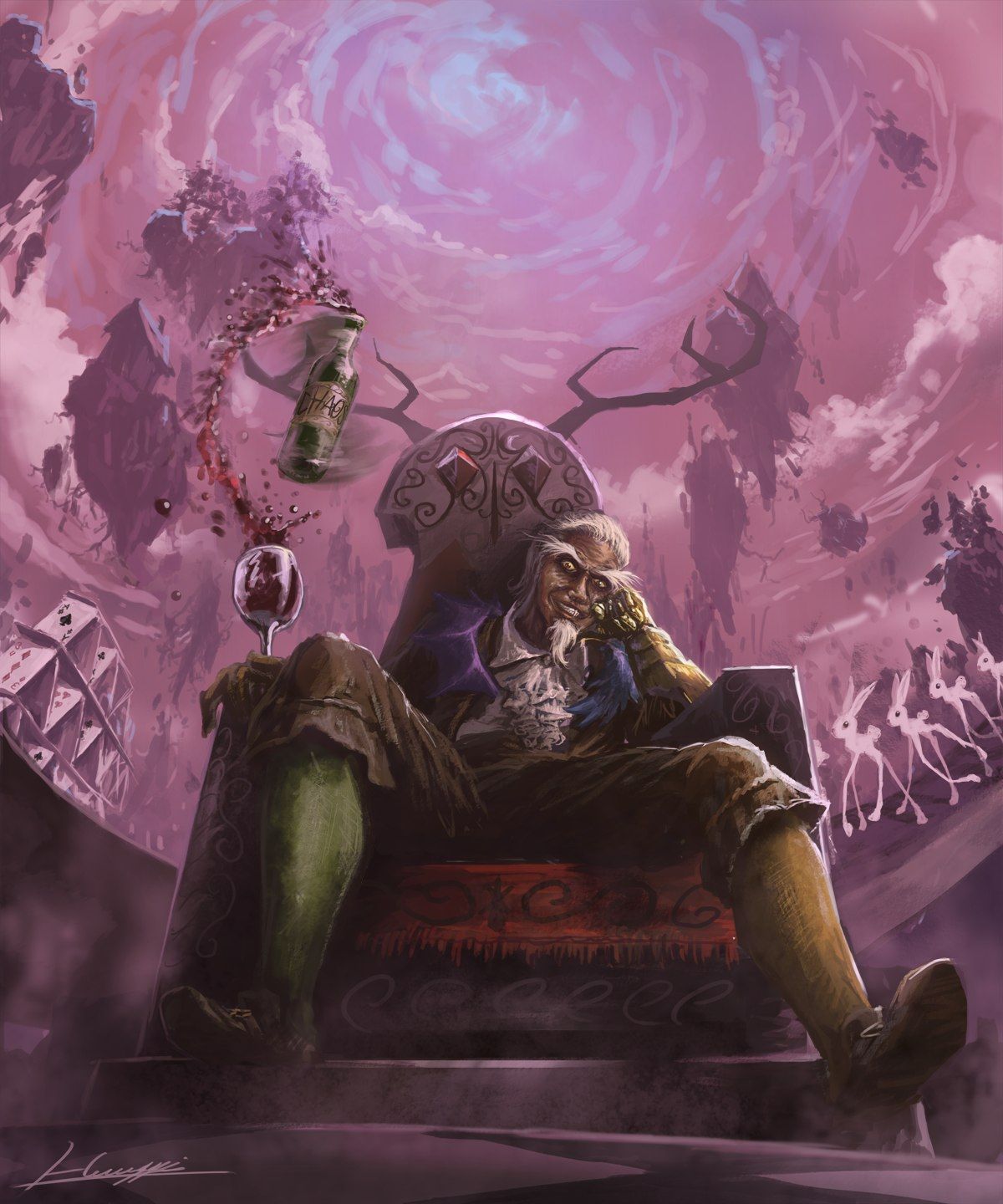 My avatar represents Sheogorath and I chose Axemagister as a nickname because I just love weapons, especially axes :)

How long have you been modding and what was your first mod?

I've loved Morrowind since it was released nearly 20 years ago, but I started working on making Morrowind my dream game after playing Skyrim for a couple of years. My first goal was to fix the lack of balance in the game and so my first mod was a simple GMST edit to disable gaining health on level up. This mod is still somewhere on fullrest.
But in truth, I only started modding after NullCascade added Lua support for MWSE. MWscript, the native language of Morrowind is quite terrible, You have to be a bit of a masochist to keep using it. Without the complexity and flexibility of Lua, creating groundbreaking mods is next to impossible.

Danae here! Giving modders the ability to use Lua created a small revolution in the Morrowind Modding scene, sparking the creation of mods we never thought were possible in terms of gameplay mechanics and the ability to manipulate hard-coded elements of the game. To be fair, we did get amazing mods using MWscript only, but those mods were greedier in terms of memory usage, and more likely to crash.

Have you been influenced ny modders?

Yes, Aracelliy with Next Generation Combat encouraged me to study lua, which led to 4nm reaching a new level of quality.
NullCascade's UI Expansion inspired me to create my own interface, which was very difficult.
Hedgehog12, the author of the Symphony inspired me to learn the basics of Nifskop, which allowed me to create my own magic replaycer.
One Russian modder taught me how to use Excel to automatically rebalance thousands of game objects in a few clicks (the English-speaking modding community is not using this tecnique as far as I know).

How do you approach modding? What inspires you? Do you have a specific workflow?

My expertise is coding, so for anything graphical for example, I ask someone who understands how that works :)
As for gameplay changes, I only trust myself.
Recent games with the most advanced gameplay inspire me to make Morrownd an (even) better game. I play those AAA titles games for a while to identify their best gameplay elements. Then, I hit brainstorming mode and I try to work out what we can do with what Morrowind has to implement those new gameplay elements. With any luck, you achieve and sometimes even surpass the original.

Danae again, for an example of what Axe describes, check his latest mod (at the time of writing this) Dragonbreak that takes inspiration from Superhot.

What's your favourite mod that you have made so far?

My favourite mod so far is 4NM dash effect. I feel that dashing is possibly the best game mechanics in the history of actions games. Games like Doom Eternal, ME Andromeda or Dishonored inspired me to code this mod.

Danae... again! One of my favourite mod synergies is 4NM which gives the ability to dash and also lets npcs throw stones at you when they cannot hit you. Add to that Mort's Distraction mod and Merlord's Brutal Backstabbing, and you can throw stones to make an enemy walk toward the point of impact of the stone, and then dash like mad to backstab the poor bastard.

What are you working on these days?

I am currently working on a big 4NM update. Recently, FullRest Repack. It is similar to OAAB and TR-Data in the way that it adds a lot of new assets (creatures, weapons, etc) and I want to add some of them to 4NM. Because balance is everything, any change or addition to 4NM requires very careful consideration.

Are there any features you'd love to add to 4NM, but are unable to due to what's currently possible with mods?

Yes, there are many of them. Kick animation, full-fledged combat with two weapons with all types of attacks, blocking with weapons, normal pathfinding for the AI, controlled choice of spells for the AI...

4NM is an odd name for a mod. Why did you pick it?

CHIM in Russian is ЧИМ which looks and reads like 4NM.

Your mod pages on the Nexus always have fun illustrations, where do they come from?

4NM is also a local МОРРОШИNД meme (group in the Russian version of Facebook). All the illustrations come from there.

Be honest, how much do you play Morrowind, not counting playtesting?

I was struck by the disease of the modder very early so I don't play all that much but I playtest A LOT. There is a huge list of things that need to be tested! As a result, the people of Balmora have and will die many more times before the Nerevarine gets off his ship in Seyda Neen :D

Guess who! Check out Axe's YouTube channel to see previews of the new gameplay mechanics he's working on. It is a sad fact that citizens of Balmora are regularly slaughtered to illustrate the power of 4NM.

Since I only make mods that I want to play myself, 4NM is never leaving my modlist. In addition, CSO, Character Sound Overhaul is now a must-have for me. I am also looking forward to the next Tamriel Rebuilt release, especially with Mournhold (currently in TR_Preview), I'm sure it will become a must-have as well.

Do you know any under-rated mod that you'd recommend?

The Symphony, a large project led by EJ-12, is a highly under-rated mod that should be thoroughly studied by anyone looking to create models or scripts in MWscript. This is a gigantic old-school mod that was created before vanilla aesthetics became the more popular trend.

Me again, I want to echo Axe here, the Symphony has some of the most beautiful models out there. Admittedly, some models are over-the-top and don't always blend very well in the game. Modders like Qwertyquit have re-worked some models, namely weapons and creatures to optimise them.

I am looking forward to Staker 2, and I hope that, like Stalker 1, it supports lua scripting. I'm also keen to mod Skywind when it is finally released.

There you have it guys! If you want to read/see more of AxeMagister's work, be sure to join the Morrowind Modding Community discord where Axe has a whole channel dedicated to 4NM and by extension, all of his mods. If you are curious to see 4NM (badly) played by me, check the Escaped Slave challenge as well as Jiub Challenge that also shows The Symphony.

Please look forward to next week's interview with Necrolesian