Alakajam is very new to the gamejam scene but its creators are all experienced jammers intent on bringing the best of gamejams to Alakajam.
It started in June 2017 with a simple idea: have a place where gamedevs could get feedback on their games before growing into a few recurring events: 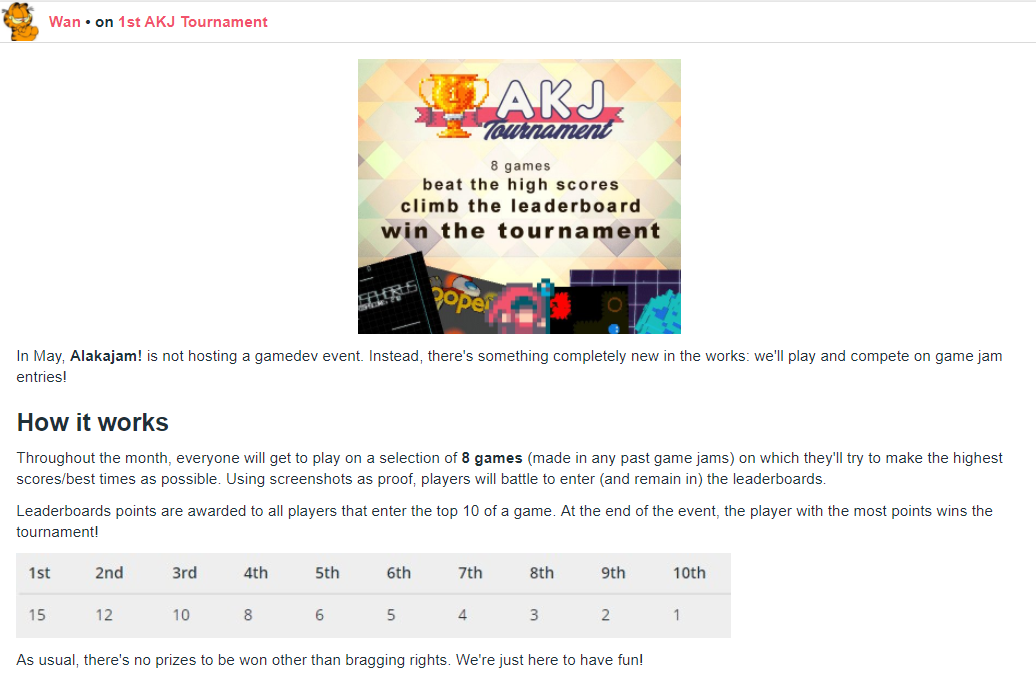 Where we fit in

Now that, was a lot of fun, some stress as well as it was a big first but let me tell you, definitely not the last.
Aurel and I hosted a stream to reveal the theme of Alakajam 2. It was basically a talk show where themes were gradually eliminated, polls were ran and things we said :)

Aurel took part ( I helped with food and moral support, see how it works here)
Here are Aurel's entries so far:

Aurel placed well for both games <3