April was the month of the Spring Modjam 2021.
The principle of a modjam is very simple: modders have 48 hours to make a mod based on the theme.
The community submitted 60+ themes and then voted themes out until only 10 remained...

On April 2nd, mere hours before the Modjam started, we all gathered on Twitch to vote one last time on the theme of the event.
The remaining themes were:
Collectibles, aquatic, Cosmology, Vampire, Necromancy, Redoran, Verticality, Mod redux, Dwemer, Tavern

While chatting with DarkElfGuy, we also discovered who the judges were for the event.

A few mini-games later, we were down to three themes: Redoran, Verticality and Tavern.
In a crazy plot twist: there was a tie! 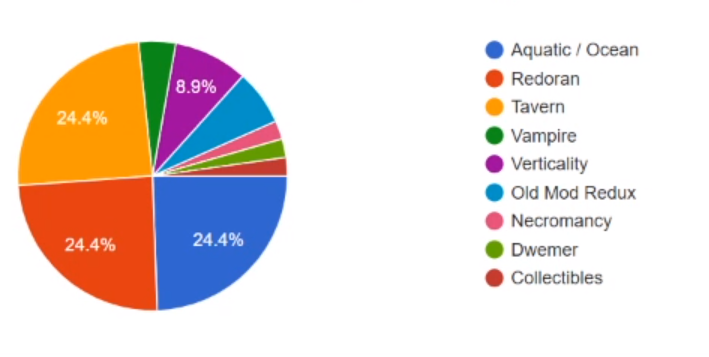 A final minute of voting gave us the unexpected theme for the event: REDORAN.

House Redoran is by far the least popular house both for players and modders, so this came as a shock. My guess is that a lot of people felt this was a good opportunity to to finally get Redoran-inspired mods :D 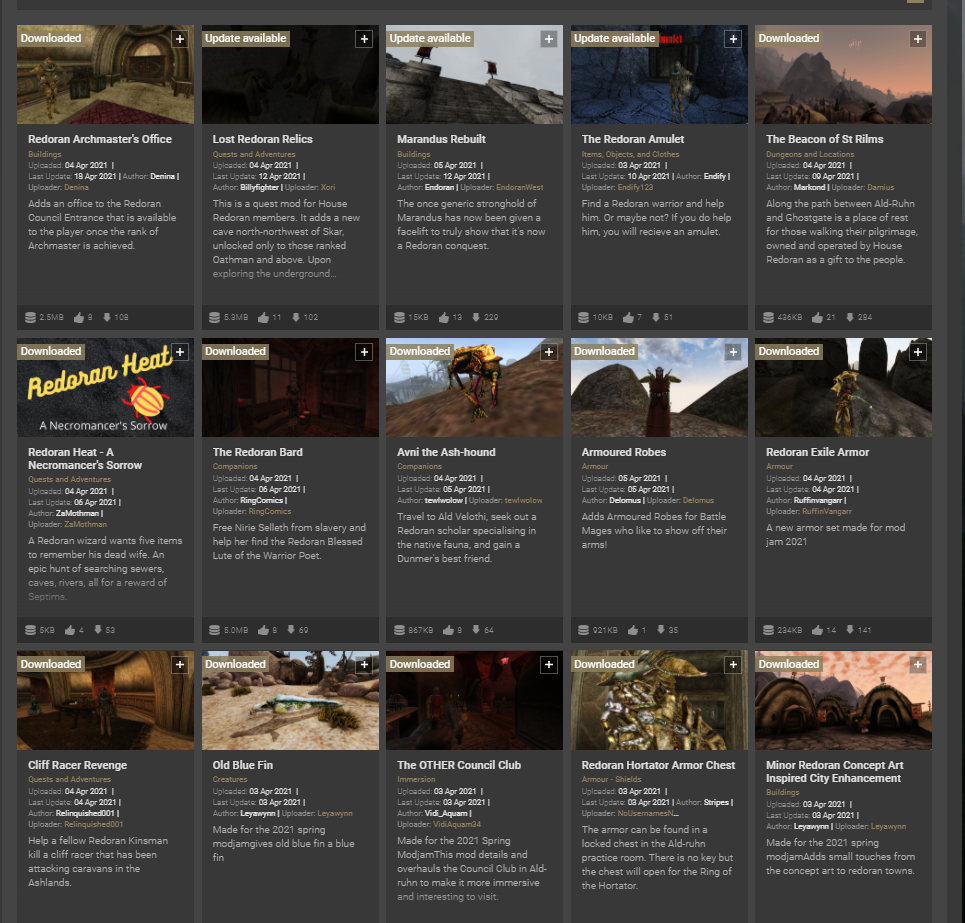 In this 5 hour-long livestream (we'll make it shorter next modjam for sure!!) we took a look at all 19 mods.
The best part, weas without a doubt, having the mod authors on voice chat so that THEY could tell us about their mod and how they made it.
Naturally, we also announced the winners:

This is a quest mod for House Redoran members. It adds a new cave north-northwest of Skar, unlocked only to those ranked Oathman and above. Upon exploring the underground ecosystem and lost Redoran settlements buried by lava you'll find a new weapon and set of armor.

DarkElfGuy has already published showcases for the Spring Modjam mods and I encourage you to check them out.

The next modding event is the May Modathon, while not a competition, it is a lot of fun as modders are given achievements for doing certain types of mods and they have a whole month to do so.
If you are interested in taking part in the next Modjam, you'll have to wait until the summer.