Jarl of Solstheim by Gavrilo93 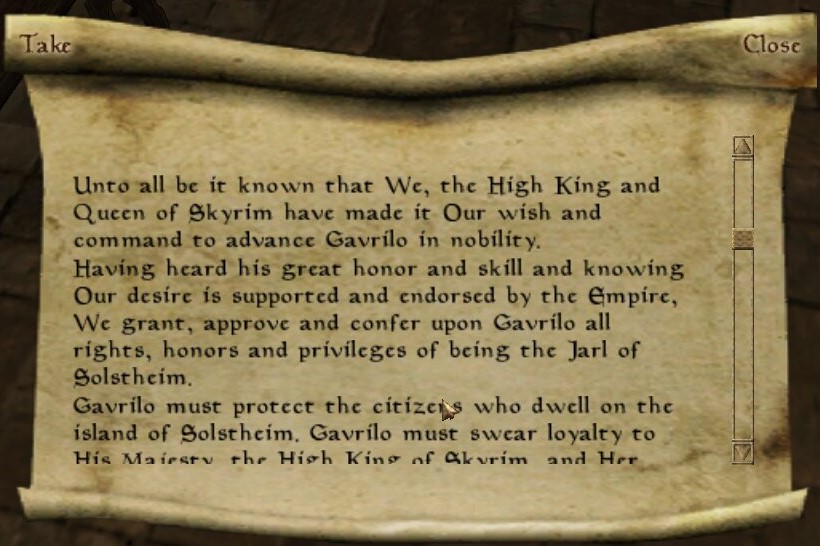 I like to have goals for my characters, and becoming the Jarl of Solstheim is just perfect for my Nord/Knight/ambitious hero! If you've enjoyed Long Live the King and Imperial Noble Titles, you'll want this as well. 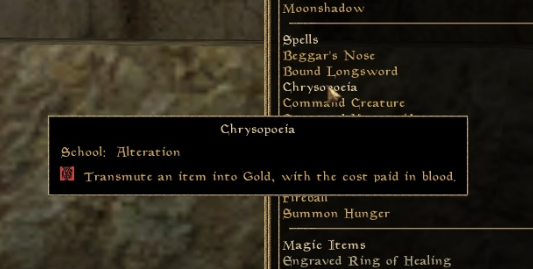 I really like this: you cast the spell (at no magicka cost and without failure) and select an item in your inventory. Based on its value, you will receive septims AND lose an equal amount of hit points. My character got about 10% of the items value but neither my Alteration nor Willpower was particularly good. Your mage might also like Magicka Metamorphica by Fliggerty that lets you transmute items into soul gems.

Next Generation Combat by Aracelliy

Possibly the mod I am the most excited about this month, even though it is still in very early development stages. Most notably, you get a perk/special effect for each weapon type: the higher your skill, the more frequent and the greater the effect. For example, I stunned a cliff racer for a sweet second after hitting with a blunt weapon. This mod also effectively replaces Apoapse's Attack. Can't wait to see what is done with Hand-to-Hand! 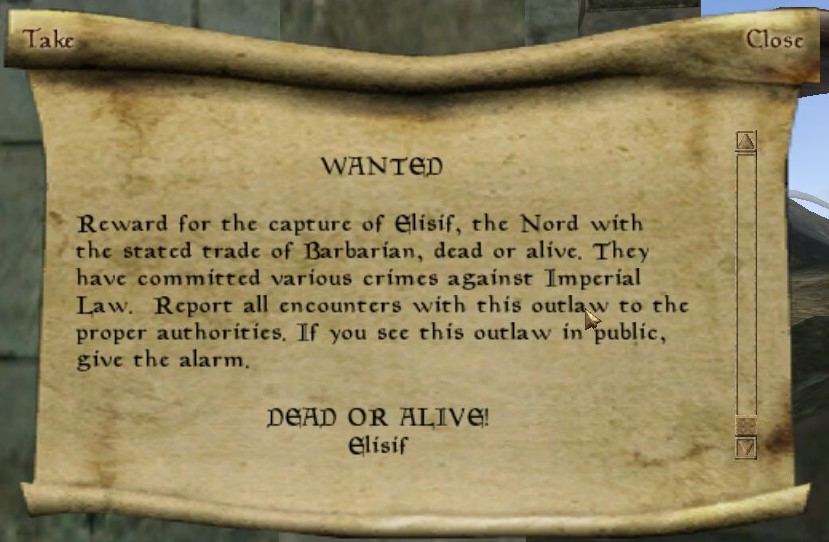 It's not much but it matters SO MUCH to my criminal characters to get the recognition they deserve! Now you get to see Wanted Posters with your name if you have a 500+ bounty. I would recommend also installing Bounty Hunters by Archimaestro Antares to have bounty hunters come at you when you are a known criminal.

Communist Nerevarine by Gavrilo 93 and Rubberman 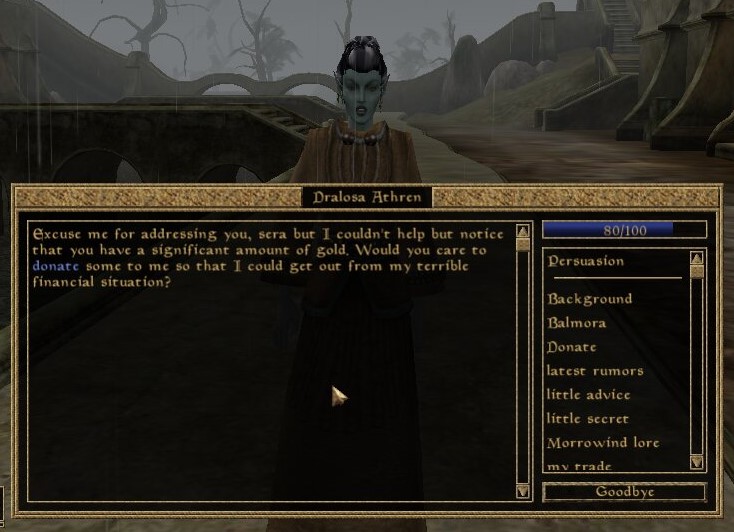 Donate large amounts of money to the poor people of Vvardenfell and get a warm fuzzy feeling for helping them get back on their feet.

Plunder the Dungeon by Gavrilo93 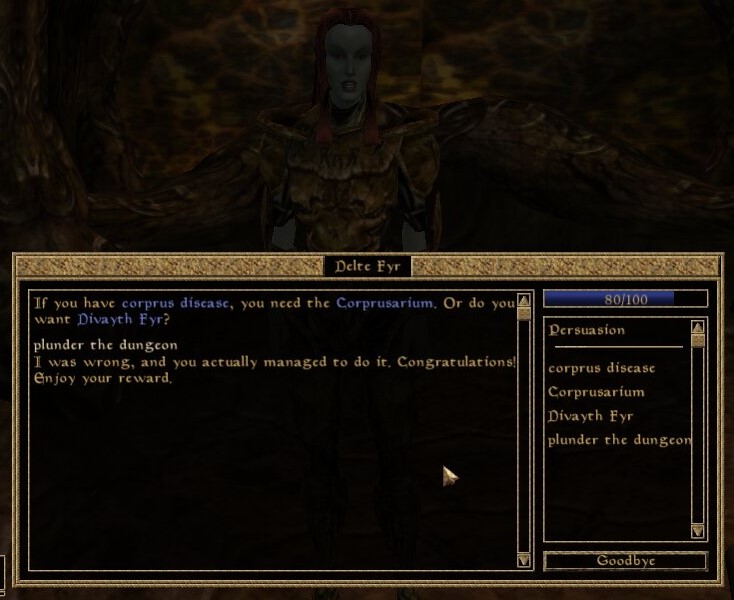 I've known for years that Tel Fyr's dungeon could be plundered but I never did, sure, I found the occasional key or chest but I never felt motivated to go through the whole thing. With this mod, you will get better rewards but also acknowledgment of your success. 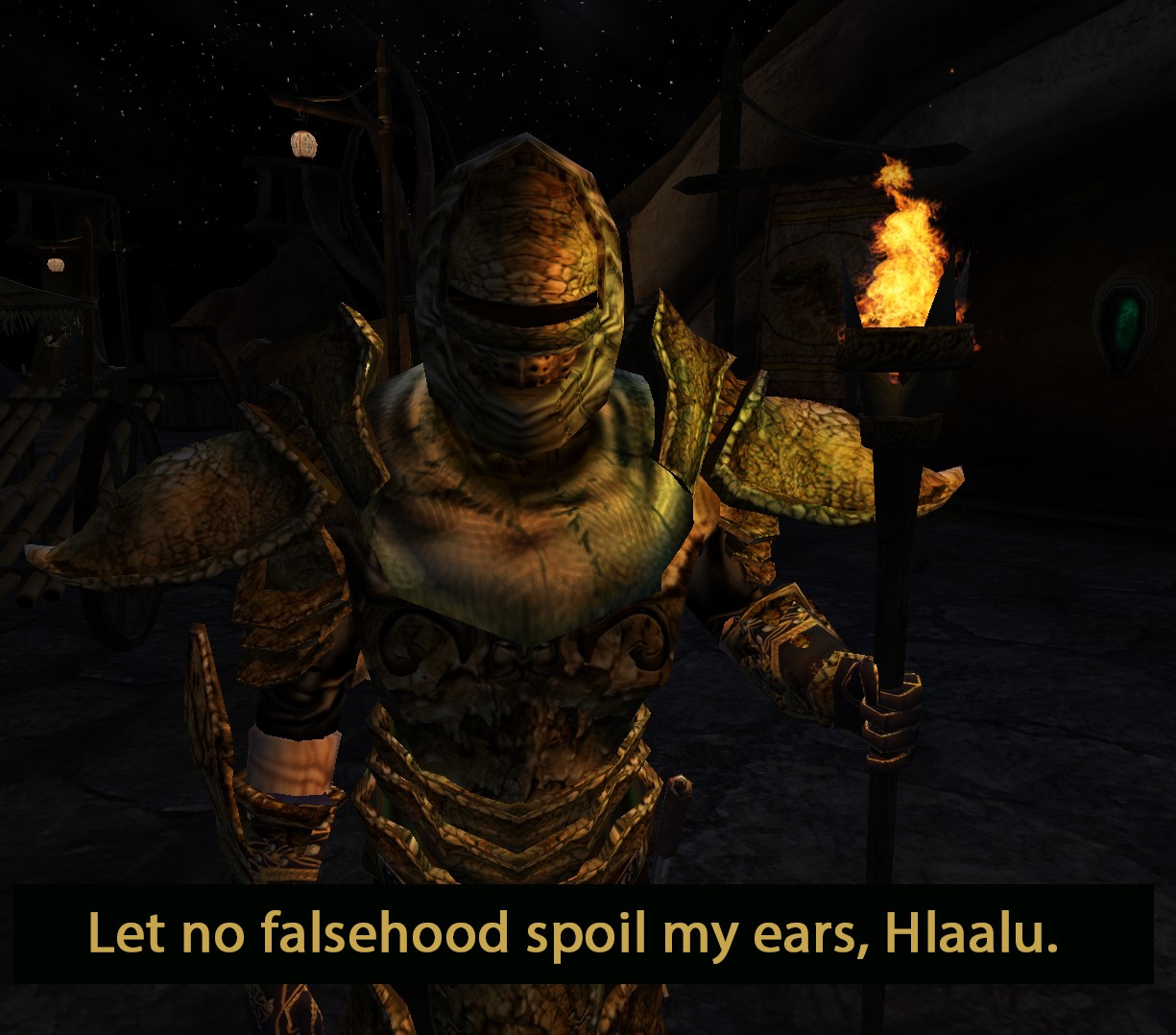 This mod will bring so much needed variety to what male Dunmers say when you walk past them. Von Djangos is also working on a similar mod for female Dunmers. Check out his older mods that make it to all my modlists: Magical Missions and Djangos Dialogue 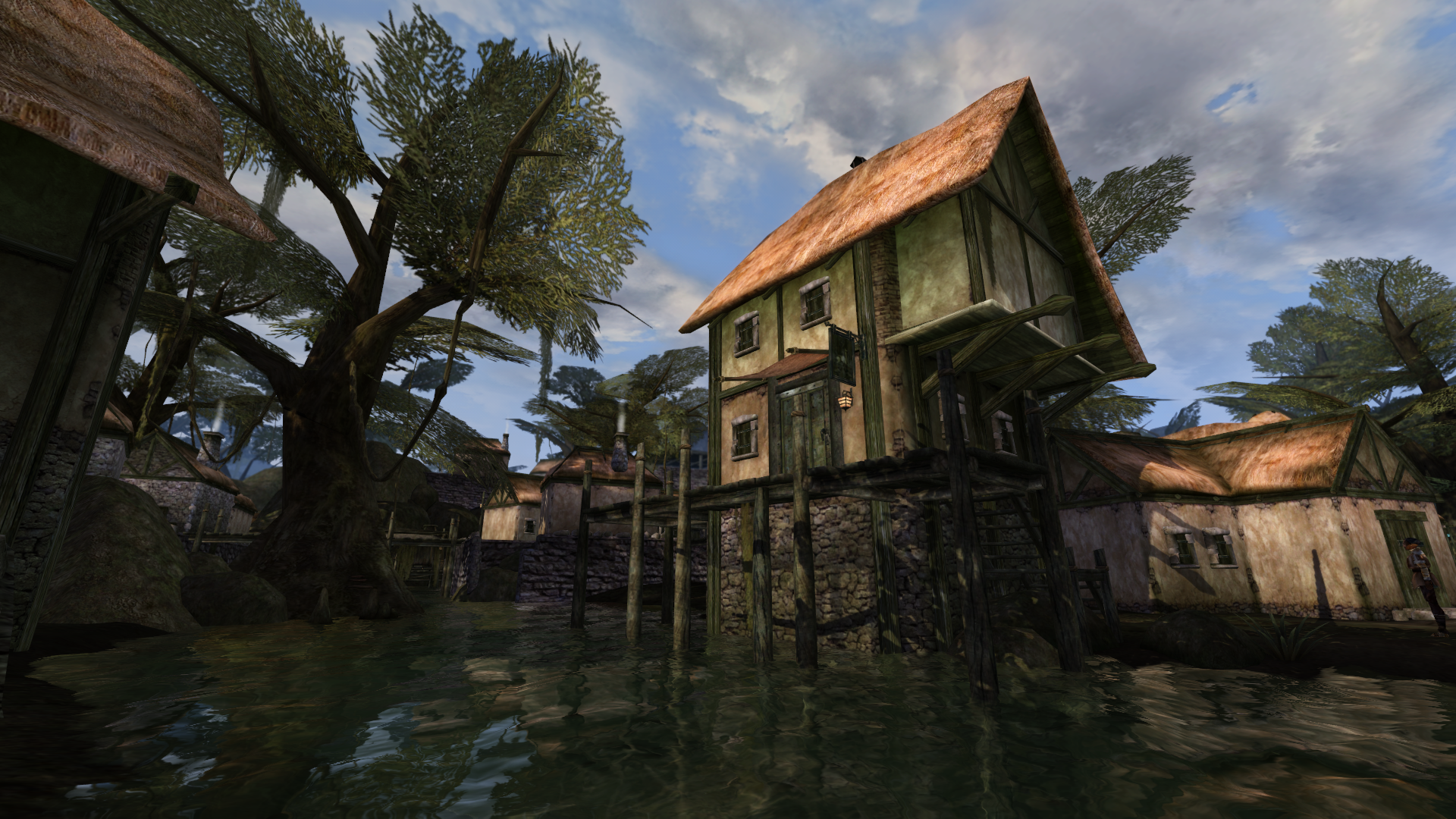 A large overhaul of Seyda Neen like I've never seen before. Seyda Neen is brand new but still feel very much part of Vvardenfell. This mod features new buildings, npcs, traders, paths... The best part, it was like playing Morrowind for the very first time again: I actually did the Fargoth quest for the first time in years! I still need to discover the tax collector, I don't know where the smuggler cave is, etc. Can't wait to go back in game and re-discover Seyda Neen!
Not compatible with Siege at Firemoth and you will need to re-generate grass for the region. 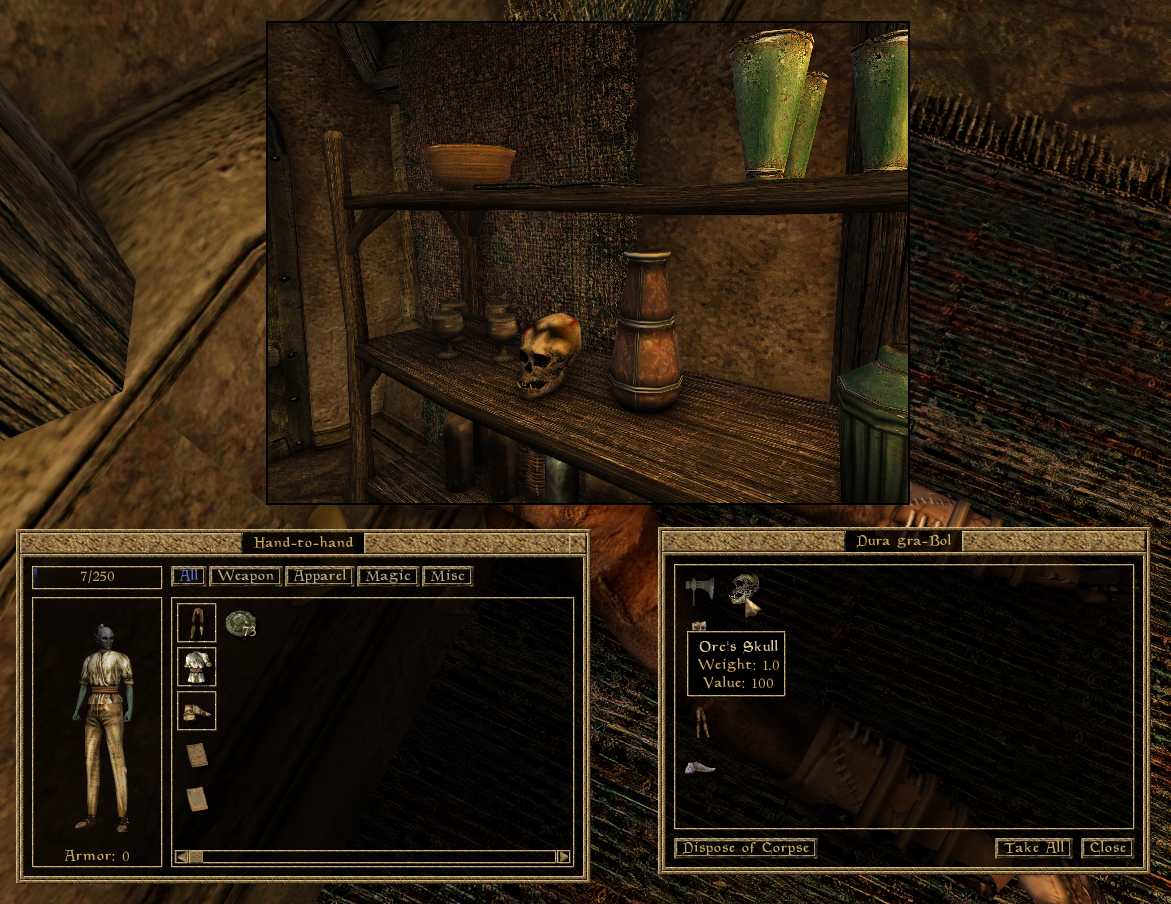 Still being developed but could become the way superior version of Cannibals of Morrowind. Rubberman promised to continue to add skulls to all races.

Gwen of Rivenspire by Rubberman

Also in early development. Gwen promises to be one of the very best companions out there. She has a lot of character, heaps of dialogues and superior scripting. Watch this mod. 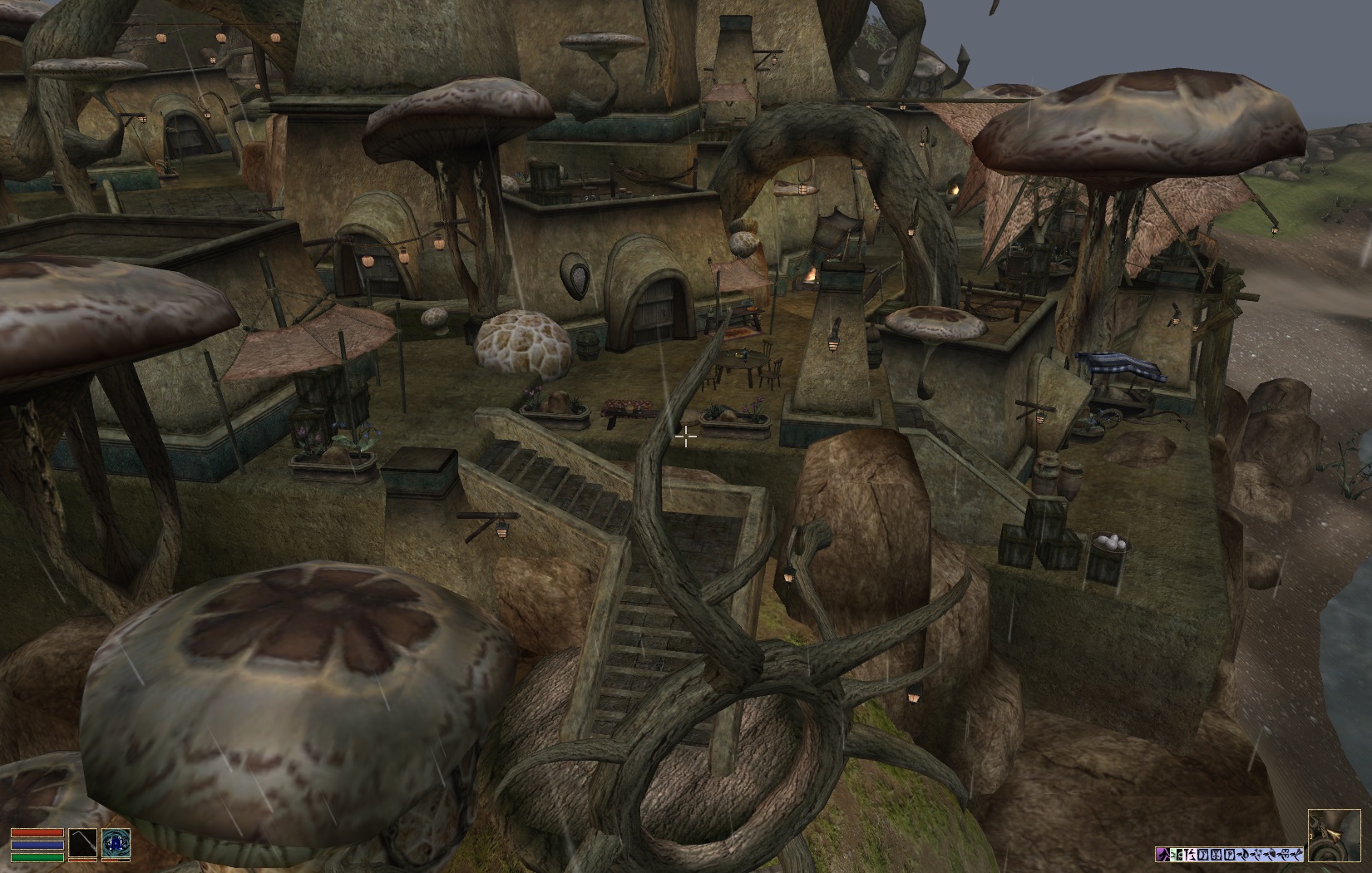 You may remember I adored Ald rhun X and Vos X is extremely promising. The town already looks great and has the level of detail I love with Ald-rhun. I've had a bit of an fps hit and the dialogues are still being fleshed out. Looking forward to updates.