I've been checking out new Morrowind mods weekly and quite a few mods released in July found a spot in my modlist. Here's the list and why I love them (in chronological order).
Disclaimer: This selection of mods is based on personal tastes (aesthetic and gameplay). Mods in this lists are by no means must-have mods for everyone and conversely mods not on the list are not de facto bad. 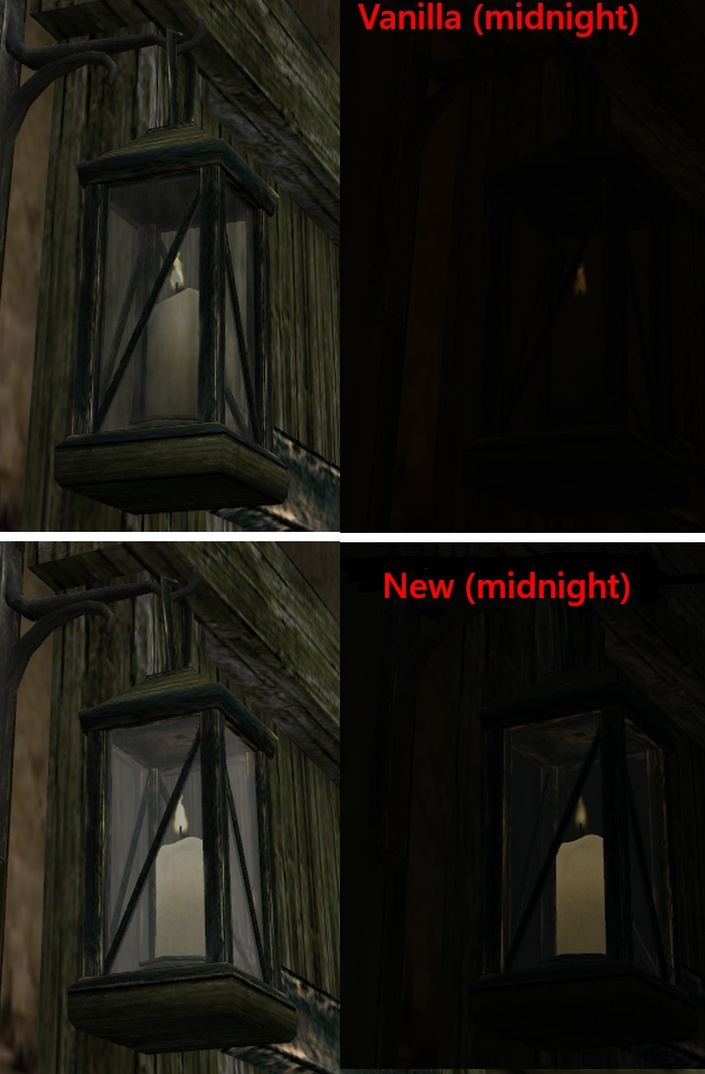 A simple pluginless replacer that makes the common lantern stand out more without casting more light.
Install manually by overwriting the vanilla files or use Wrye Mash to be able to enable/disable this replacer at will.

Scrolls of the 9th Barriers

Melchior Darkh has been around for many years and has become a favourite modder for many. It is not a surprise as his mods are not only top quality but also very varied: dialogues, models, scripts, breathtaking views, fresh textures...
More often than not, Melchior is inspired by a piece of lore and expands on it, the Scrolls of the 9th Barriers is just that.
The player will collect all 9 scrolls and learn about their origin and power along the way.

+lore-friendly
+should have been shipped with game

Gavrilo93 has been super busy since the modathon in May and has shown a predilection for quests and a knack for filling blanks Bethesda left (how about we actually help Fargoth? What if I don't want to help the Empire? What if I want to remove Heleseth from the throne?...)
The Guild of Vampire Hunters is very well-done and written, it also makes sense and gives more choices to the player: be a vampire (and have access vampire quests already in the game) or be a vampire hunter (with quests taking you to vampire lairs).
Having to download the studded armour mod separately is a minor annoyance but Guild of Vampire Hunters is worth it.

Check out Gravilo's other mods

Merlord got a lot of attention with Frostwind but he's released a bunch of quality mods before and since. Automated Ammo Equip is one of them.
Simply put, you character will now equip arrows or bolts as soon as you draw you bow or crossbow.

+how did we ever play Morrowind without this?
+MWSE mod: plop it in your data files/MWSE folder and your done
-MWSE mod: MWSE 2.1 is regularly updated, gotta keep track

One of the many great aspects of Morrowind is to find wonderous items simply lying around in a cave or somesuch. One of the most annoying constraints of the game is to have to drop things on the floor because you are encumbered.
This mods gives you a lore-friendly way to carry more: follow the hints given by npcs to find all 4 containers. They do weight quite a bit but carry carry more than their weight.

+lore-friendly, non-cheaty way to carry more loot and to organise your inventory. 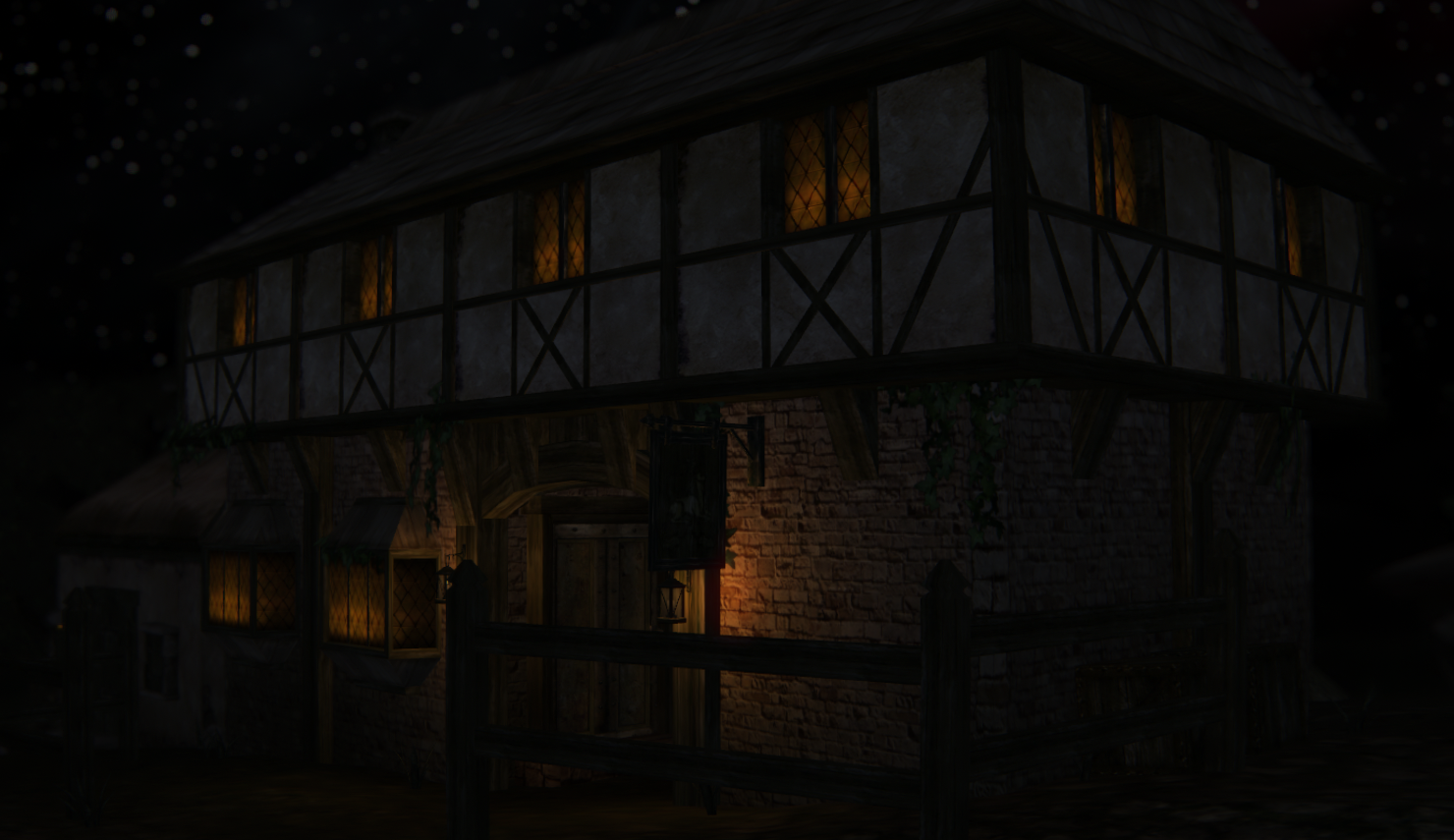 If you loved your good old Window glow by MadMax, you will love Glow in the Darkh: it is Window Glow and much more! Indoor windows glow during the day, you even have optional sunrays, adds windows to the Telvanni houses and even has a Tamriel Rebuilt patch.

+your Morrowind now even more beautiful and realistic
+comes with all the patch you'll ever need
+MWSE mod: plop it in your data files/MWSE folder and your done
-MWSE mod: MWSE 2.1 is regularly updated, gotta keep track

Contraband of Morrowind - Skooma and Ebony

You know how annoyed you get when a trader refuses to serve you because you have skooma or moonsugar in your inventory? Show of hand if you have littered the floor in shops because you dropped and forgot your illegal good there?...
Does it bother you that ebony trade is highly regulated but you can sell it anywhere?
This mod is for you: sure traders won't deal in skooma and moonsugar... unless they are on the shady side of things. (Khajjits still happily buy from you)
In addition, to sell ebony, you now need to have a permit. Makes sense. 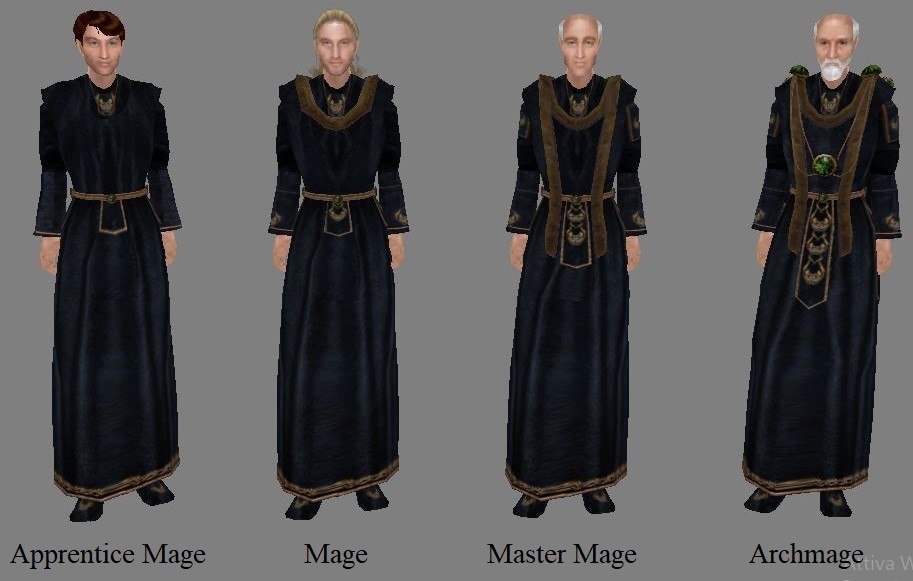 Let me just say I actually yelped with joy when I saw that Arcimaestro Antares published a mod. He is probably most known for his animations but he is also the author of Antares' big mod: all all encompassing role-playing mod that adds services and privileges to Morrowind.
But back to the matter at hand, if you liked Melchior's Mages Robes idea but want something closer to Vanilla, then this mod is for you: mages now wear robes that look similar and identify them as members of the guild, but the robes also show their rank.
In addition, the robes are enchanted and you will get a new one as you reach the required rank.

+immersive and balanced
-you can only pick one Mages robe replacer!

Author: Merlord
Category:Gameplay Effects and Changes
The higher your agility and sneak, the more damage you do backstabbing. Comes with a lovely in-game menu to backstab just the way you like: with a short sword only or with thrusting attacks only. Optional message on successful backstab.
Warning, npcs backstabbing you will also deal more damage.
+It's good to be bad
+MWSE mod: plop it in your data files/MWSE folder and your done
-MWSE mod: MWSE 2.1 is regularly updated, gotta keep track

Grassid is another modder that has been very prolific since the modathon, check out his other mods here.
Like the look of the bi-polar blade but despare at its uselessness? Try this mod. With a quest, you collectthe Dark Polar Blade and the Light Polar Blade to forge anew a useful bi-polar blade.

+no more missing out on one of the best looking swords.
-Will need to find another artefact to donate to the Museum :)

That's all folks! See you in September for the August list of favourite mods.