How long have you been modding?

Since the day the CS came out, more tinkering than actual “Modding” The Deep is a very small low-level dungeon crawl I started in 2005 but didn't release for some time, can’t remember when. I think someone moved it to MMH from Mods DB or PES.

I "try" to approach it from a player's perspective, what they would want, but it doesn't always work :),  I do not do “X- marks the spot” I feel the player should think about what the goal is and also the unexpected surprise adds to the “mystery of the play”. My inspiration is seeing the game progress and advance, it gives me new ideas seeing some of the other great stuff being made, in addition, I see things in other games that I feel would be nice to have in Morrowind, the floating chests for example and the cloud storage, both those ideas came from Witcher. My workflow is usually chaos, I tend to jump from one thing to another and have literally have spent 100’s of hours building a mod and end up deleting it because I decided to go a different direction.

Mostly just making things, taking stuff apart and rebuilding it, and of course hoping that it works as I intended. I also enjoy re-texture work, head models and making things look different.

My Wizard’s Project has been the most fun, yet the most frustrating mod I have made/am making:  it is far from being completed. Working it alone is probably the biggest issue as it covers several areas that are separate mods yet connected through the story, and though it really doesn’t have anything to do with Elder Scrolls I feel it will be enjoyable to play.

I wouldn't necessarily say "Proud of”, but if I were to pick one it would be The  Dunmer Saints, though it is up on nexus as a Beta, it is more history and informational mod on the Dunmer Saints with a bit of a bonus in the collecting of the books.  It was fun to put together, when I started it my scripting abilities were not all that great still aren’t in some respect ) but I learned a lot during the process.

Too many!! I have been working with the Wanderer on and off for 10 or more years, and together, we have 4 or 5 projects, L’Space was the first we worked on together, Mirador Castle being the most current, and I am working on  4 others,  Wizards Project, Player Tropical Island Home, Pocket Worlds, and Island of Ral, I am also retexturing the Nord and some of the common homes with an Ice overlay to add to the Icy regions of Solstheim.

I play once in a while, I feel that the "Quest and Adventure" is what RPG's are all about, and though I may check out a mod that beautifies the areas, or enhances something I will try it out, otherwise  I need a good ole fashion quest to really perk me up.  I do have a list though of Mods I will be trying out in the near future.

I discovered Morrowind simply from being an ES fan, Arena was the beginning and though I wasn't really super excited about the game I did enjoy the story of the elder scrolls so I just continued on as new games got released when Morrowind came out offering a CS that set it in concrete!  I can interact and add to the game !!

Mostly the community Morrowind has built, though it seems like it is getting smaller there are still a number of hardcore modders and players who make it worth continuing on.

Quest Mods: White Wolf of Lokken Mountain ( Emma’s Original )  Suran Underworld, Illuminated Order, are the only ones which stay in my line up, I may add a few on occasion to try them out, but I haven’t really found others I can not play without.  Mods that Enhance:  Glowbugs, Perfect Placement, Better Bodies, Wares (you did that one didn’t you?).

Underrated, Hmmm  I am unsure of that, in a way all mods are underrated simply because it took thought and effort to create the Mod no matter how simple it is and it seems that getting good comments and endorsements from the players is something that has just gone in a different direction.

When I feel I need a break from modding. I play Skyrim, The Witcher Series, Civ 6, Dark Souls, Final Fantasy ( the original PS 1 versions ) and oddly enough I am still active in the D&D (yes paper and dice version).

No unless you count making D & D campaigns which I have been doing since the late 70’s with pretty much the same bunch of folks, less the ones who have passed ( we are old )  young at heart though !!

And by the way, what's the story behind your username?

Well , that one came when I got divorced, it used to be bob1960, then when my wife left, my brother said "well it’s like you are on a diet, your one person liter". So hence the change.  When I was with the Silgrad Tower team, one of the other members said It sounded like a soft drink because I would always end my messages with “Enjoy Dietbob” so then I got the can of soda avatar and began adding from there.

Yes,  To my fellow authors, continue the great works, your love and creativity for this game is an inspiration, god willing I will still be around for the 30 or 40-year anniversary and I will still be here modding.
To my fellow players, thank you for using the mods being made, showing the authors some love, and appreciating what they do so that we can all continue to enjoy what they do.
And as always  Enjoy Dietbob,  and Dietbob Zero, same calories as regular Bob with Zero flavor. 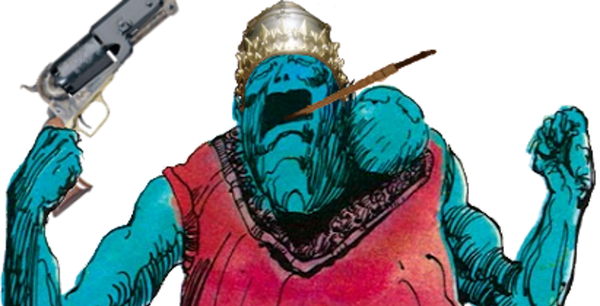 How long have you been modding and what was your first complete mod?The first game I made proper mods for was probably Minecraft, around 2012 (I was 16 at the time). I’ve played around with Fallout 3’s GECK before that, but it didn’t go anywhere. My