I was working on, you guessed it Pegasus Estate , creating a nursery. That's when I felt the need to have more toys. Sure, Emma's Children of Morrowind has a bunch of things but I wanted my nursery to stand out.
As it were, it looked super cool: I had built a mini-pirate ship for the kids to play on. I've lost my progress since then :(
Anyhow, since I had fiddled with nifskope, I felt confident I could tinker something. To be more precise, I took the model lid of the crate and changed the texture of the top part to make it look like a board game.
Creating the texture itself for the board games was a butchering fest of a new kind: playing around with Gimp for the first time.
I was very pleased with the result: a Morrowpoly board (crate lid) pawns (spools) a die (shrunk crate) and cards (can't remember what mesh I altered for these). 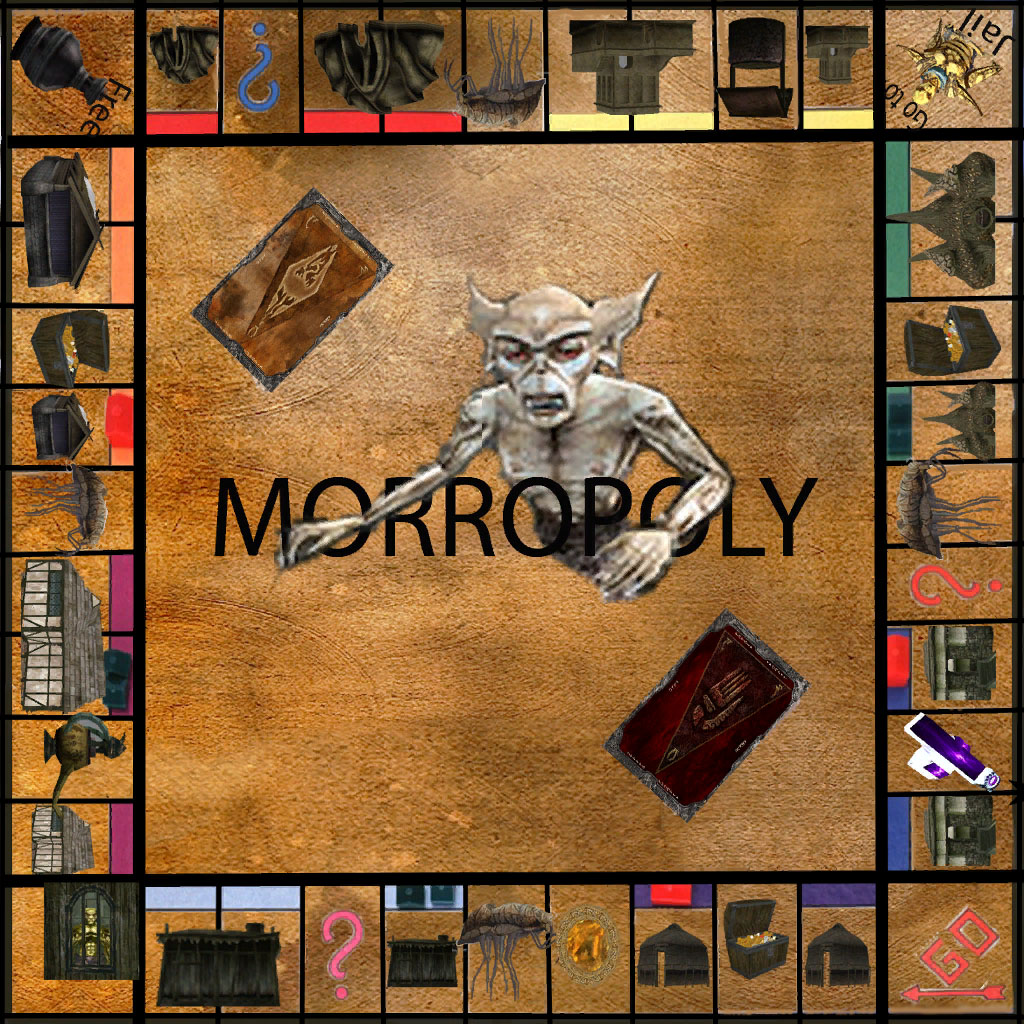 Adds a board game shop in Molag Mar with 10 new games: Creature castle, backgammon, cluedo, dungeons, mystics, jungle mayhem, mills, morropoly, tarot path, treasure hunter.
Some boards are just fun and will be found too colourful by most. Other boards have been toned down to better fit in MW, a couple are actual antic games and already have an 'old and moldy' feel.
You can pick up the pawn to place them on the boards (they are scripted to allow easy placement)
You can lock the boards in place so you don't pick them up accidentally while playing
You can roll the dice (message box)

Find it here on the Nexus

Unzip the file in your Data files folder
Tick the Clean Board Games.esp in your launcher

This mod adds adds a door to Molag Mar Waistworks
It doesn't move or remove anything.
So unless you have a mod the heavily modifies the layout of this cell, there should be no conflicts.